The Story of a Boy Raised by Grizzly Bears

Once upon a time there was a boy with a deep dark secret. The boy was a feral child.   He was born to human parents but shortly after his birth, he was stolen by Grizzly Bears!  The rogue bears had taken the boy because he had skinny legs and they wanted to train him to run in the bear olympics of 1980 in Alaska to represent the bears who had never won a gold medal in running.

They say children raised by Grizzly Bears have  a strength, intellectuality and moral fiber unlike other children and of course of taste for fatty salmon and sleeping long hours during the winter.  And this boy certainly did.

A picture of the baby boy and his Momma Bear 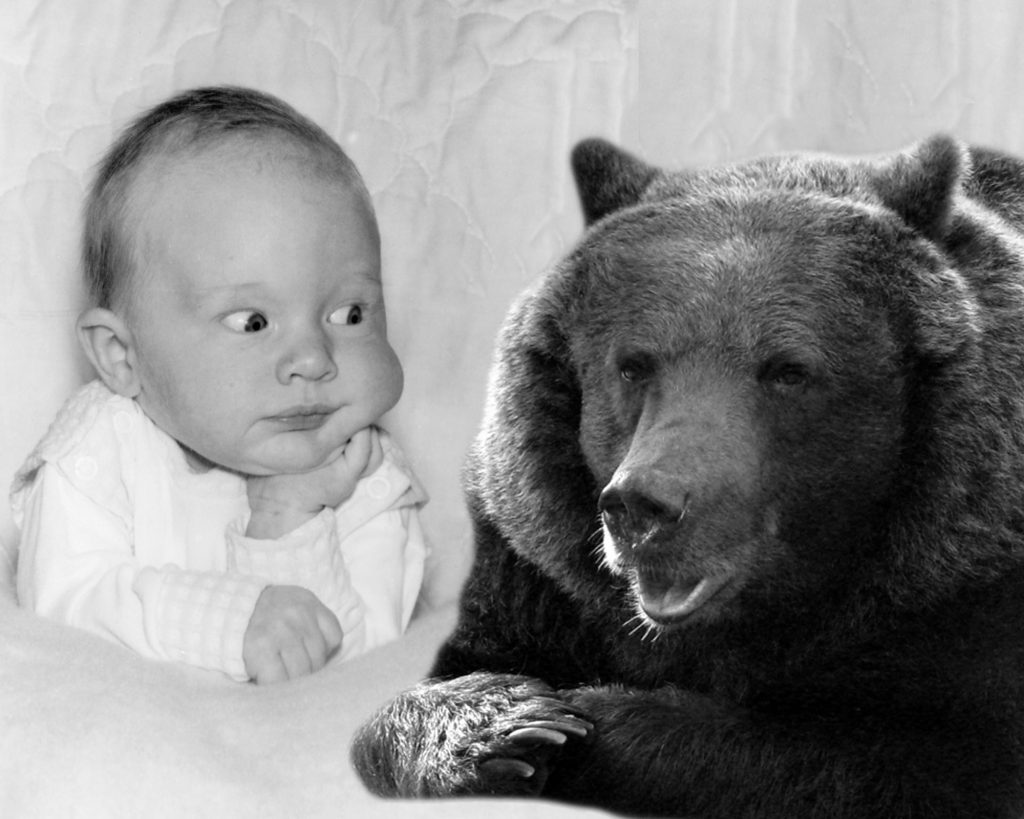 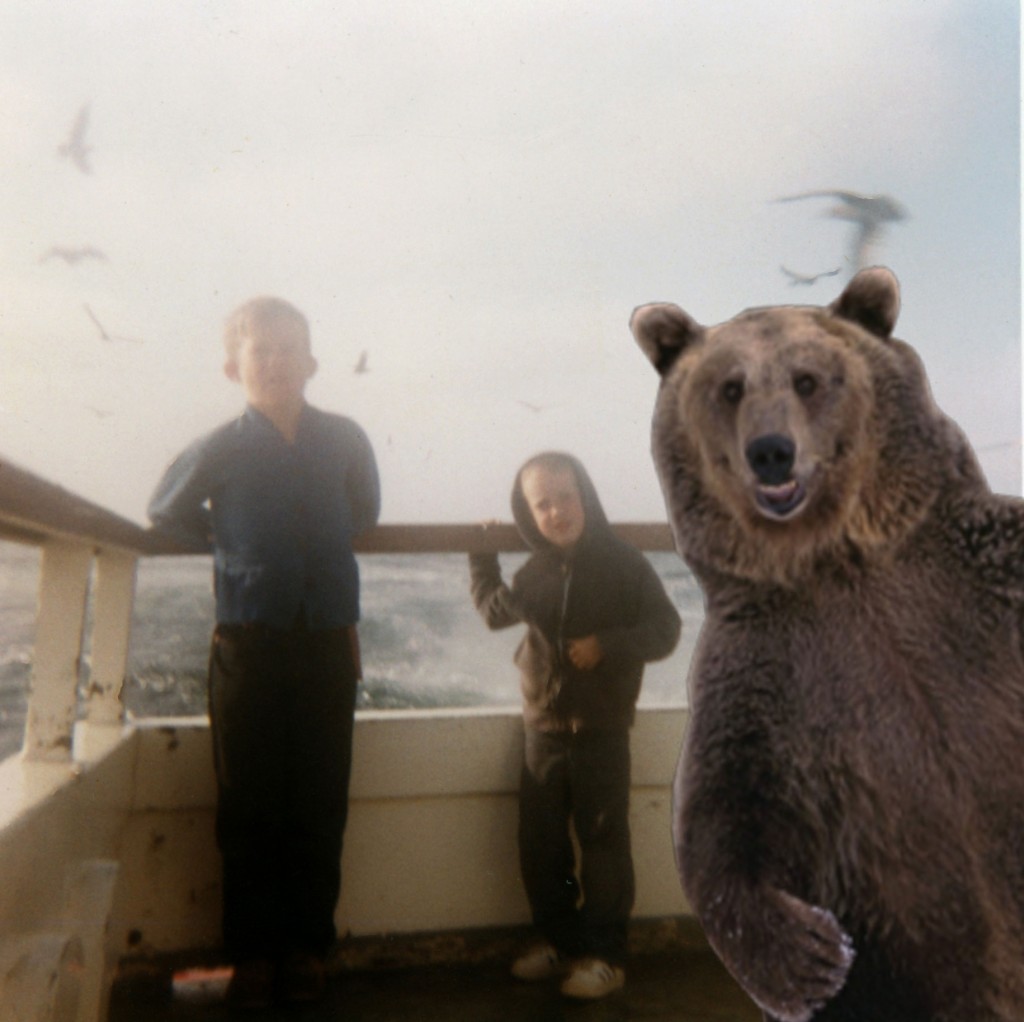 The little boy grew older.  They trained him to ride Big Wheels and to play video games.  But the bears were very protective and everywhere the boy went on his bike, the momma bear was right behind making sure that no wolves ate him.

Momma bear was always by his side. 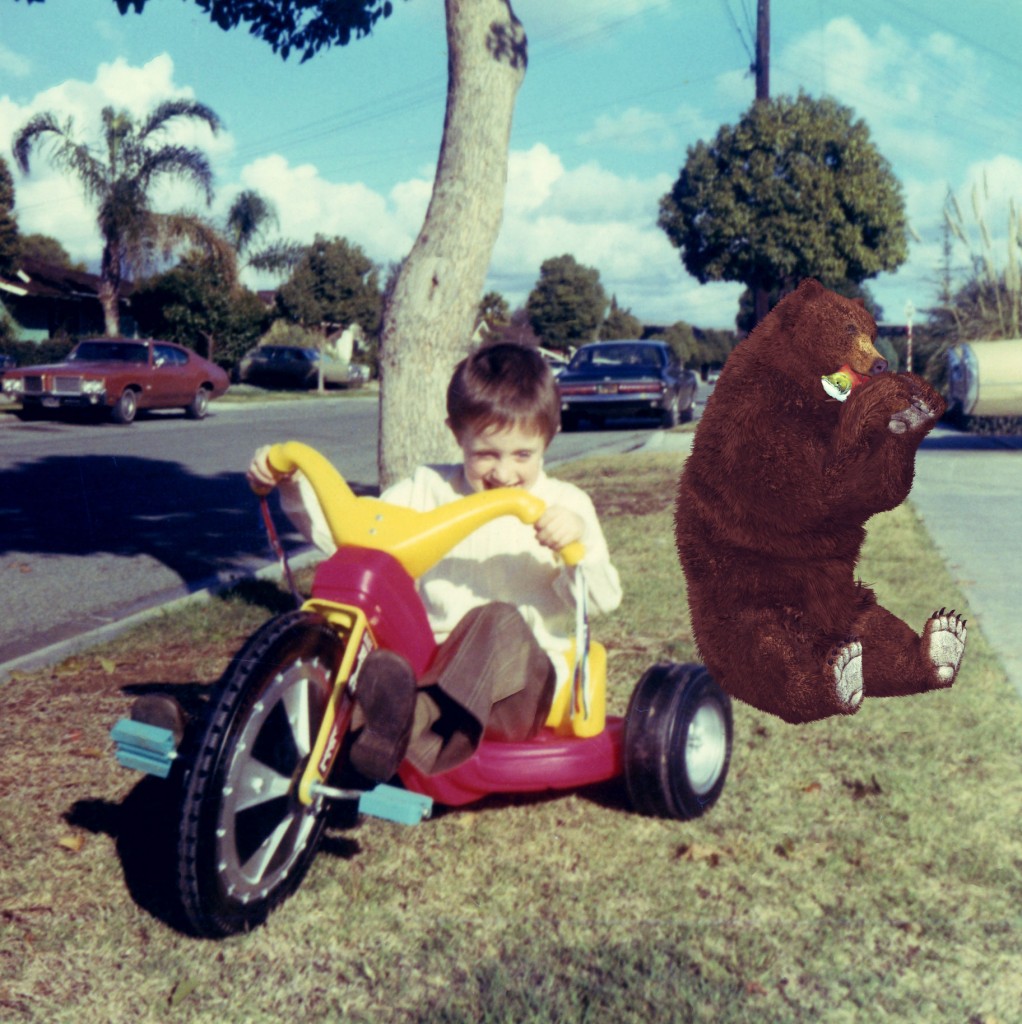 The boy learned to speak only bear language.  He would grunt and go “HRROOOGH” and make growling noises.  And he would run too.  Everyday he would run 10 miles to train for the bear olympics, in 1980, in Alaska. 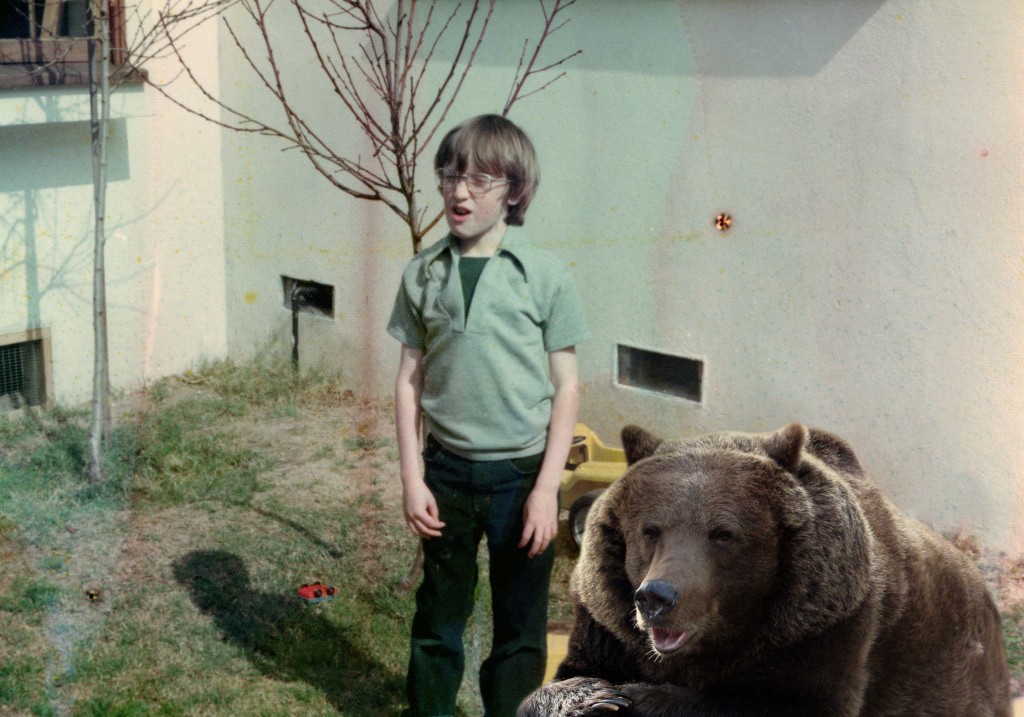 But growing up was not always easy as a bear.  When the bears would eat they would get very angry and yell. The boy preferred to eat quietly with a knife and fork.  It was hard on the boy.

The boy looks on in disgust as the Momma Bear yells for another potato or bread or whatever.  It was always something. 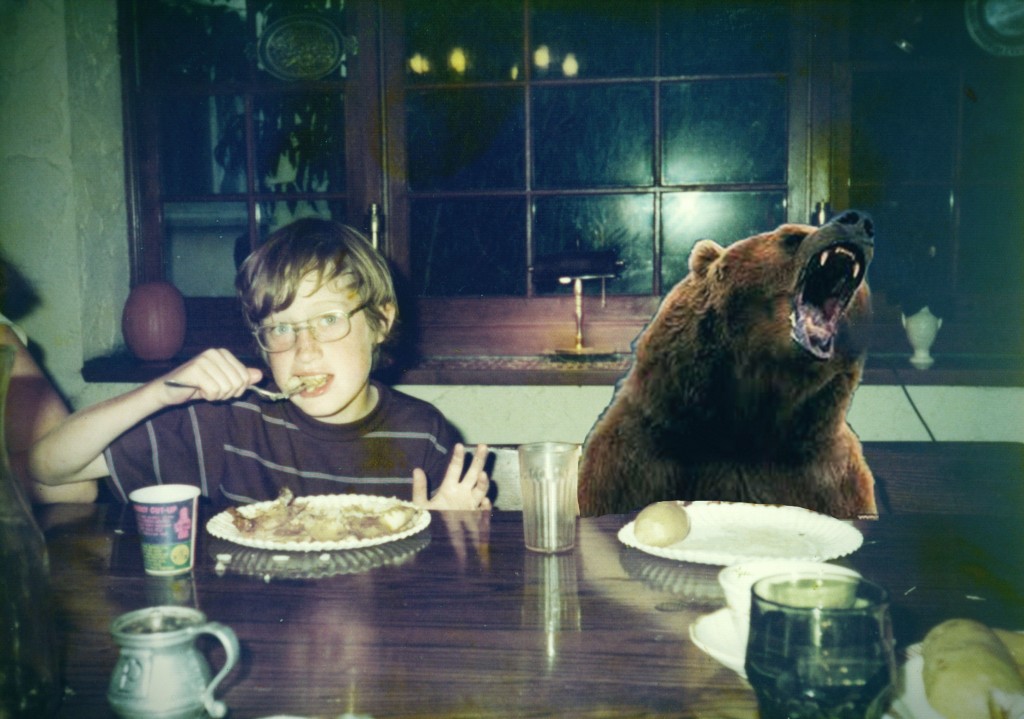 When the boy graduated from school.  He wore a brown suit and wanted to hang out with his friends but Momma Bear got up in everyones grill and wanted to be the center of attention.

Biting his lip, the boy tries to ignore Momma Bear. 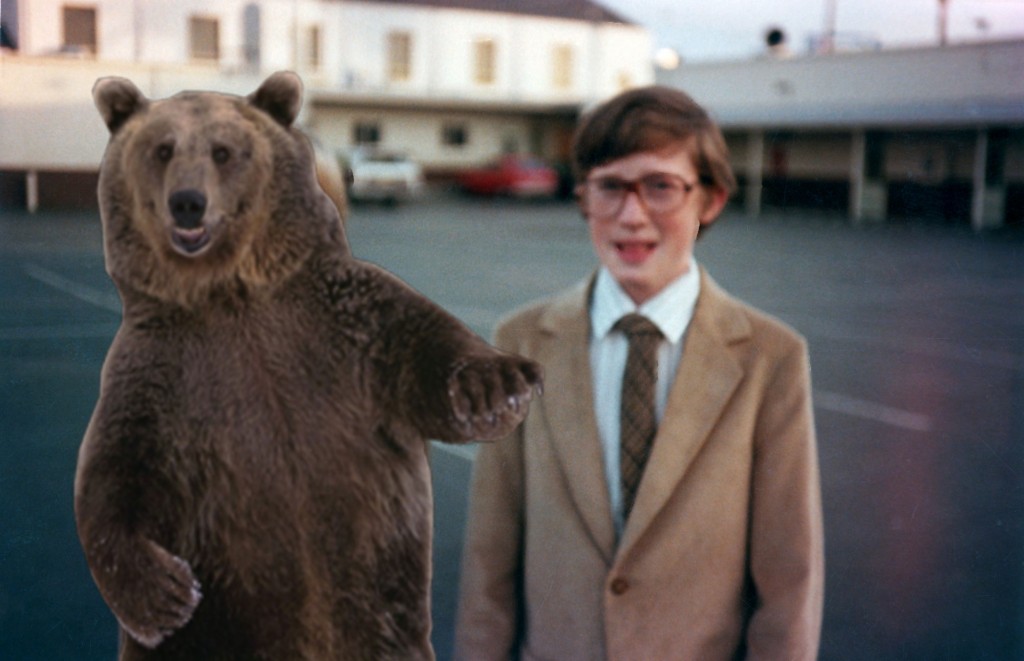 Since there was beer at the event and bears love beer, Momma bear got quite drunk and disorderly and embarrassed the boy terribly.  It was  sight to behold, Momma bear drinking bear and cavorting like a fool.

The boy smiles nervously while Momma Bear destroys the party. 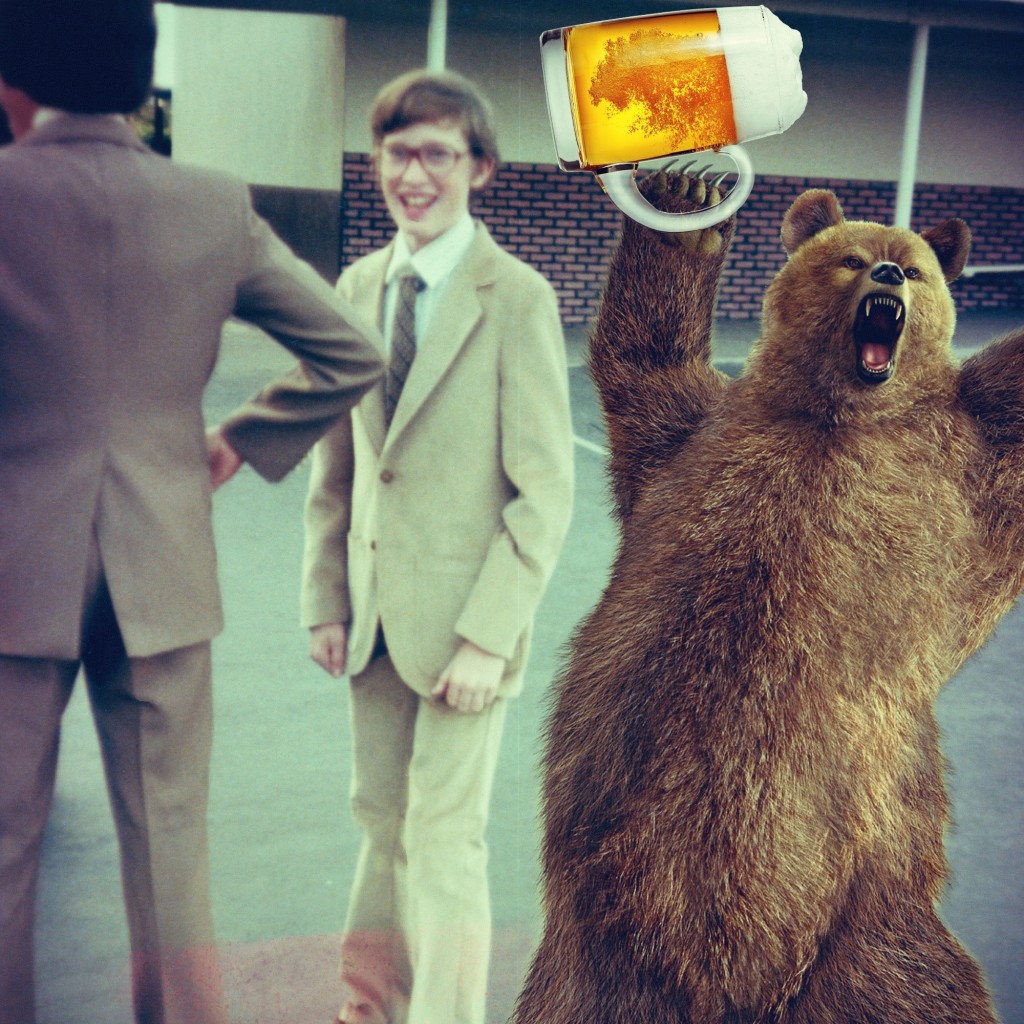 Well anyway as the story goes, the boy gets so disgusted with Momma Bears drunk behavior that he told her that when the Bear Olympics in Alaska in 1980 were over that he was going to leave the bears forever and live like a real boy.  So he trained very hard and ate lots of salmon guts and well the rest is history.  You can read about the boy that won the “big one” or see the feature film that is in production and geared for release in 2016.

That boy went on to win the Bear Olympics, in 1980, in Alaska 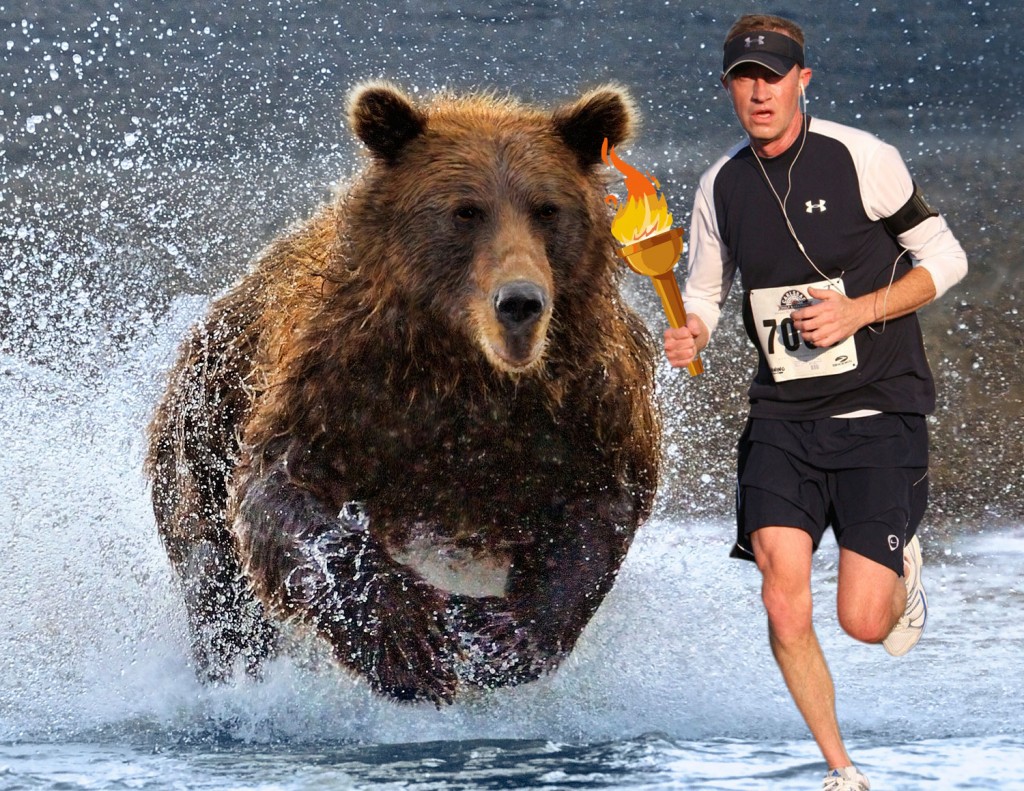 Years later. Me with Momma Bear.  Unfortunately, we barely keep in touch now. 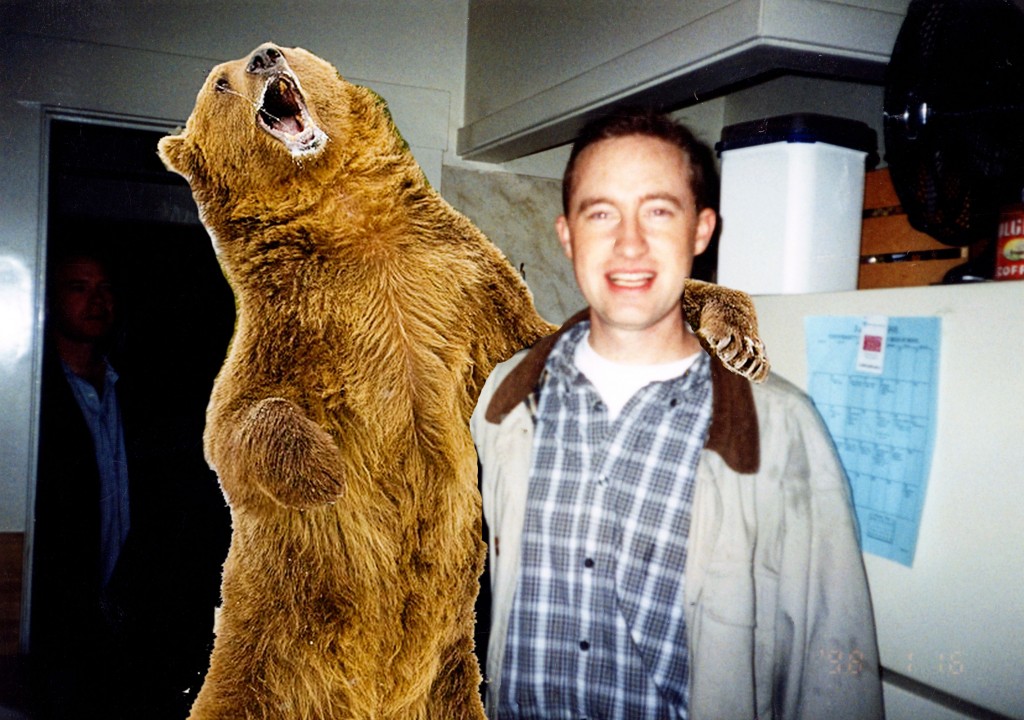