I make no secret that one of my favorite companies in the world is Nik Software, a San Diego company which makes the absolute best plug-in software for Photoshop.  I use all of their products including Color Efx Pro, Silver Efx Pro, Viveza, HDR Efex Pro and in fact I have reviewed many of those products in my blog here. 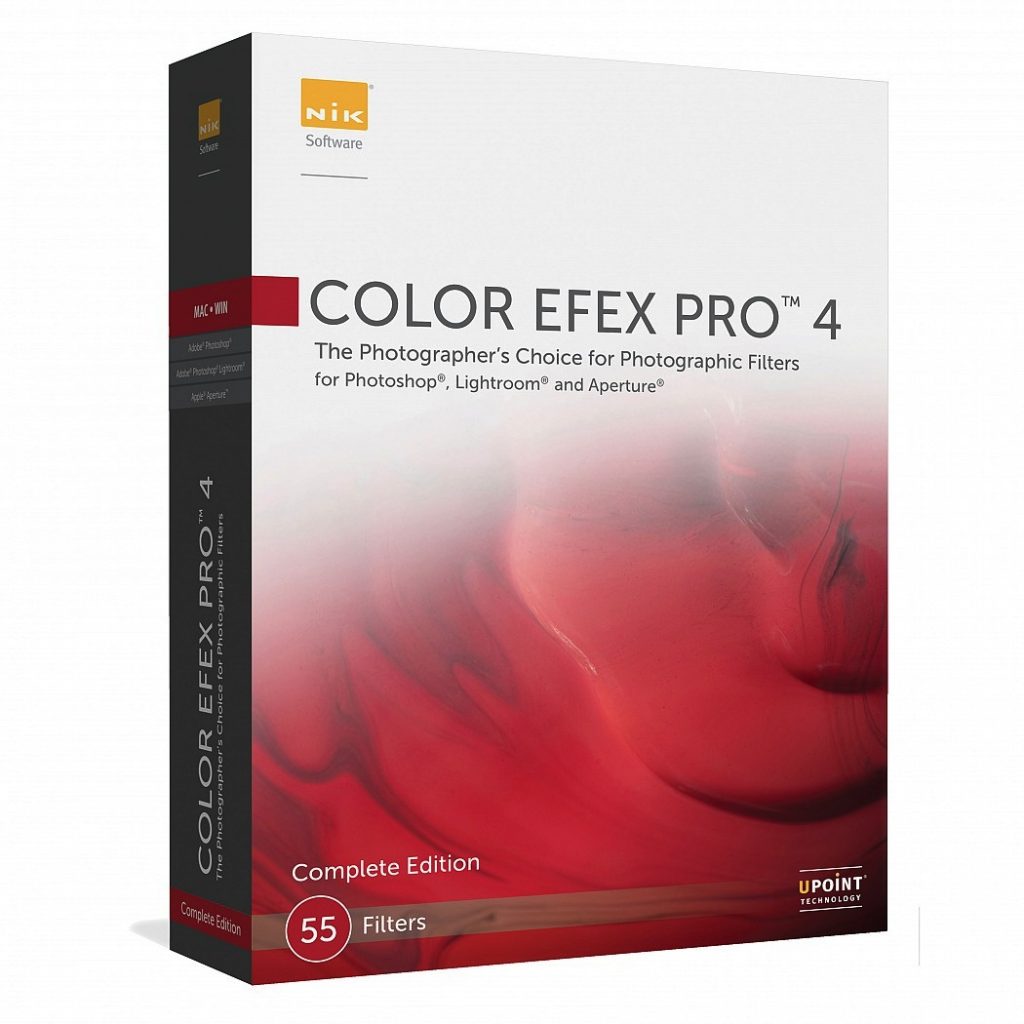 In September of 2012 NIK Software was acquired by Google and lots of photographers were leery of the move.  They felt that Google was going to acquire Nik and neglect the company.  They felt that Google was going to take an awesome company and awesome products and basically kill it through lack of attention and investment.  I was on the fence about the move but I do respect Google so I was basically maintaining a wait and see approach.

Well, its been 6 months and there has been absolutely no news out of NIK in terms of new products or upgrades.  This is unusual since they used to have a steady stream of announcements and steady improvements to their software.  I always looked forward to those Nik Software press releases and emails I would get about something cool they were launching.  But now, crickets.  Silence.  Nothing new.  Nothing exciting.

I guess it isn’t exactly true that there has been no news because today, Google announced that they were actually getting rid of SnapSeed for Desktop.  So essentially the only news we get from NIK is about a product that Google is killing. Google has a history of starting many projects and then killing them. I don’t blame them since most of the stuff they do is for R&D purposes anyway and they keep innovating awesome stuff.  What I don’t like is that Google (to date) hasn’t seemed to provide photographers any real direction of where they are headed with the NIK integration and the only news we do get is the fact that they are killing off a product.  It’s a bit alarming actually. 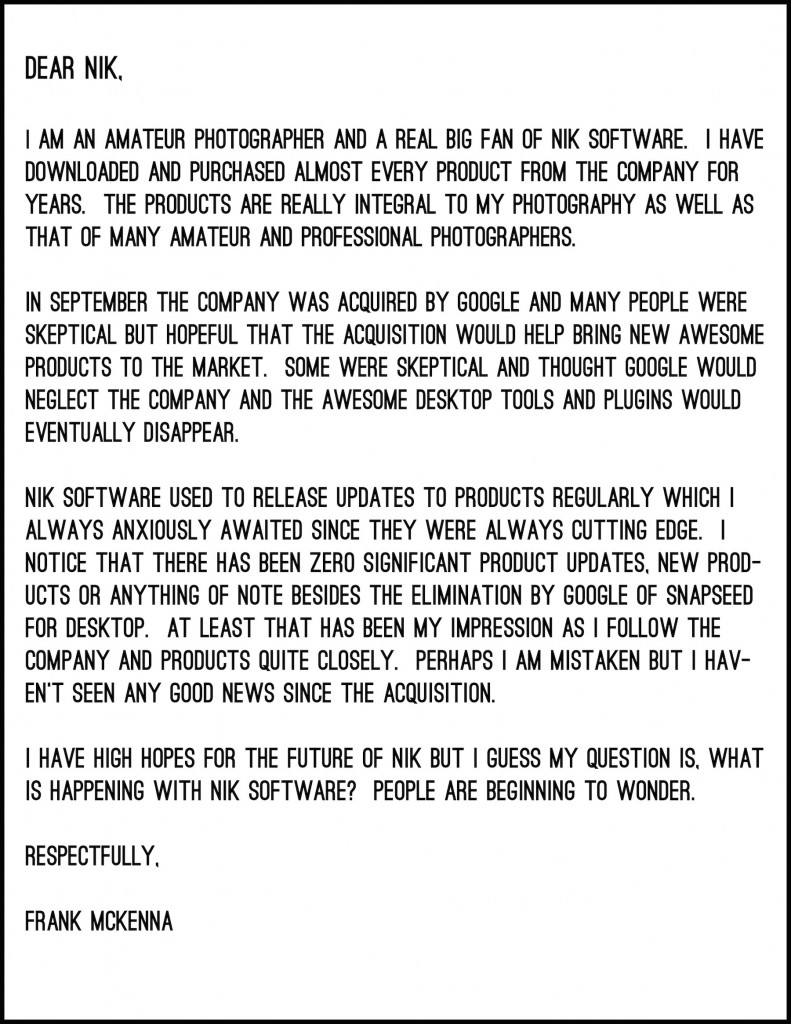 And so I did get a response.  It didn’t really address the fundamental issue  but rather was a form letter that they cut and paste from a script I am sure about Snapseed for Desktop.  I guess the fact that the letter was addressed from Google’s Corporate office and not from San Diego where most of the legacy NIK Software team is tells me that Google does have  firm control over this company now.

Well I really respect Google but I have to say based on what I am seeing so far, I wish that they had never acquired NIK and allowed that company to flourish and innovate the way they had for years.  It seems a bit of a shame but I think we live in a world where big companies swallow up small companies and the result is not a better bigger company just one less good small company.  I think NIK just may be an example of that. 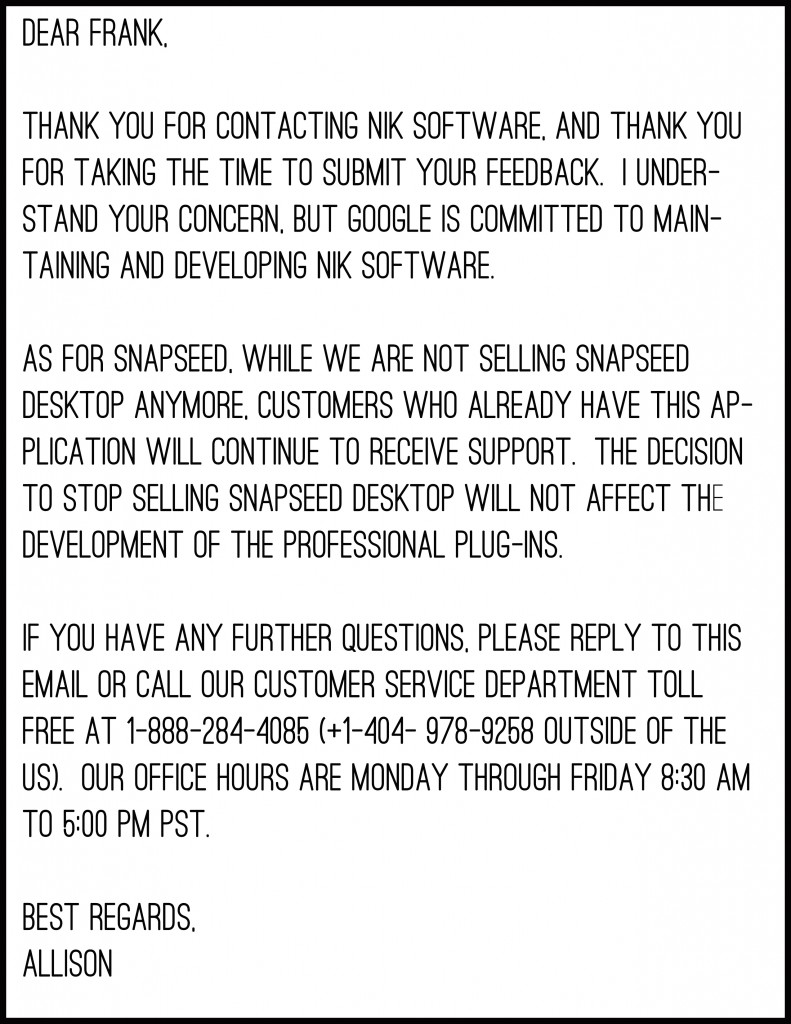