The Man who Knows Every Bird in Quebec 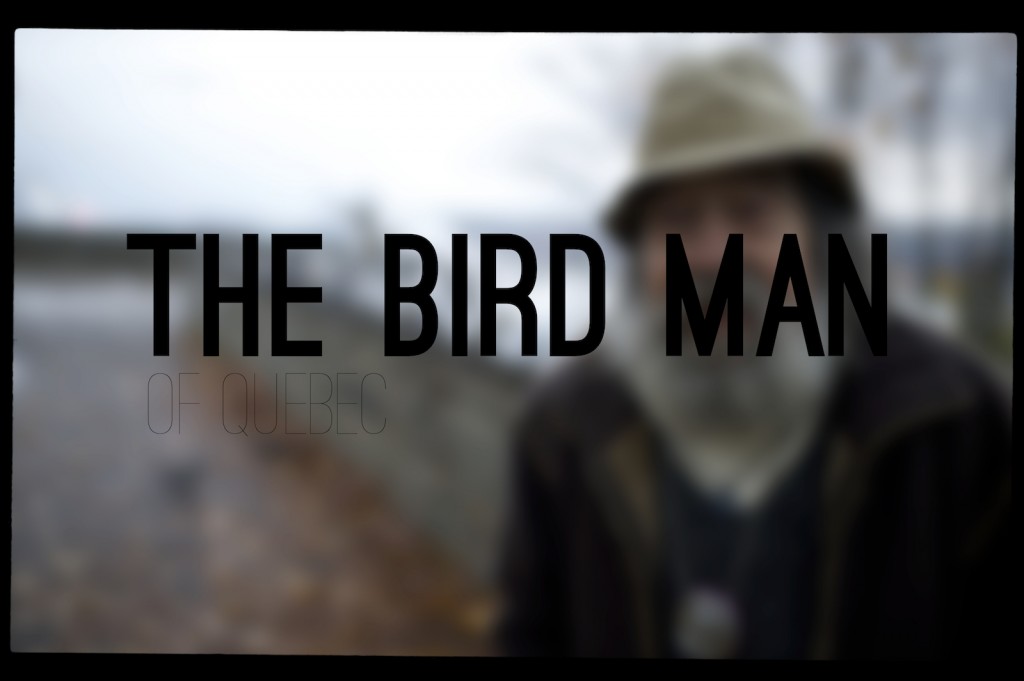 It was 6:30 am.  It was cold in Quebec this particular morning and had just finished raining so the streets were deserted.  It was a perfect day for taking some pictures of a beautiful city in a dreary and moody setting.

As I rounded a corner to head into a park, I heard a man whooping and hollering like a cattle rustler in distance.  It sounded like a mixture of french and english “Ah Yeah, Oui, Oui, Mange, Mange”.  It was interesting to hear such a commotion when the city was nearly empty and quiet.

Heading down the stairs, I finally saw what the commotion was about.  An older man, with two large bags was flinging crumbs to pigeons and yelling for more to come.  He had two large bags, apparently he had a lot to give. 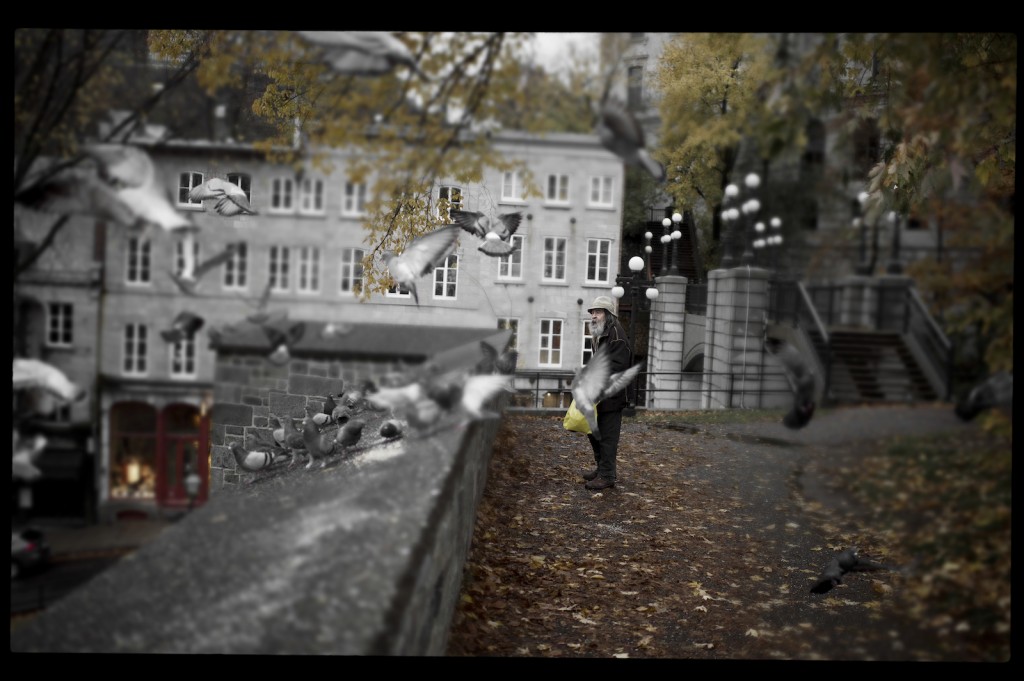 I think at times there is a tendency to think that someone doing something out of the ordinary is crazy, that they are nuts.  I think I assumed that and cautiously approached him, snapping some pictures from afar.

He explained further.  “I have been coming here, every day for 30 years. I have been feeding these birds everyday.”  He wasn’t crazy and he was not lying.  He did know every single bird in the city. 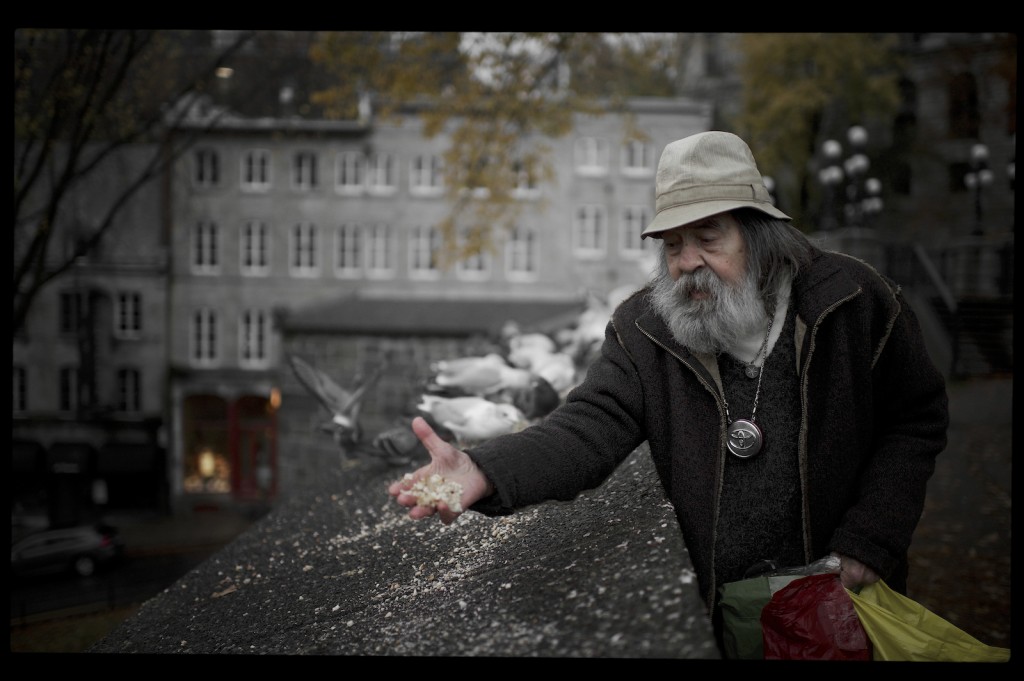 “I use “Huile” he said.  That is why they love me.  I use “Huile”.”   I assumed that he meant Oil and he assumed that I knew French.    He explained to me that everyday he would go to all the restaurants in the city and get their bread scraps.  They cut off the ends of the bread.  They pour olive oil on them and leave them for him to collect.  I wondered to myself if the birds enjoyed the oil as much as he thought they did. 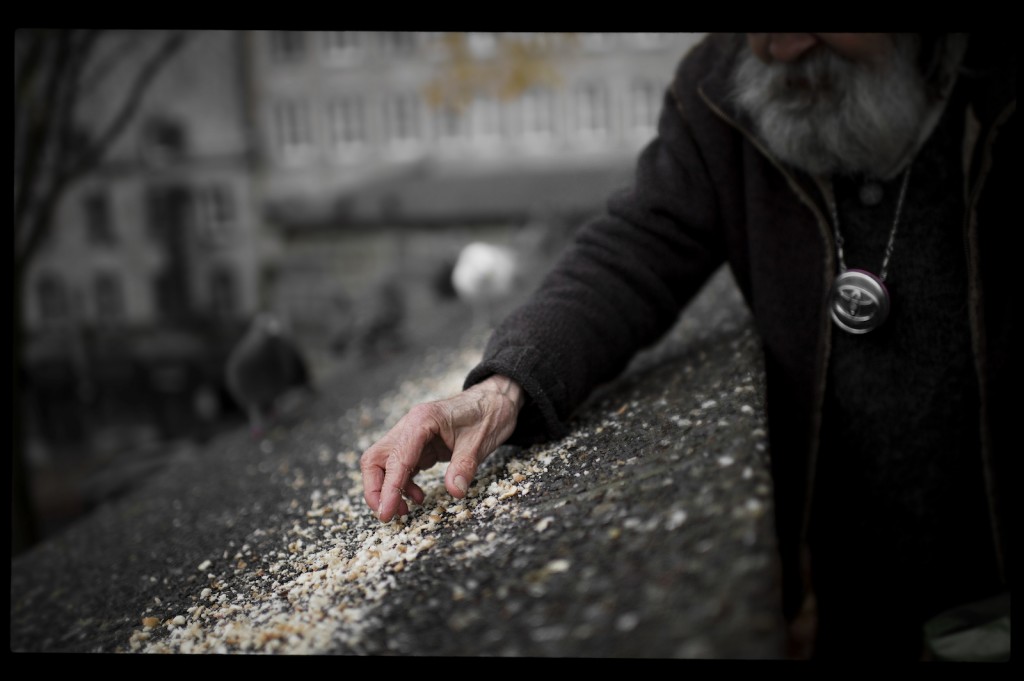 So here he was at 6:30 am.  He’d done it every day for 30 years and he seemed so happy.  So happy to feed pigeons, a few seagulls and a single crow that he said was “very smart but very bad mannered”.  He told me had 4 children but they moved away.  He looked sad and happy at the same time, talking about his family, and birds. 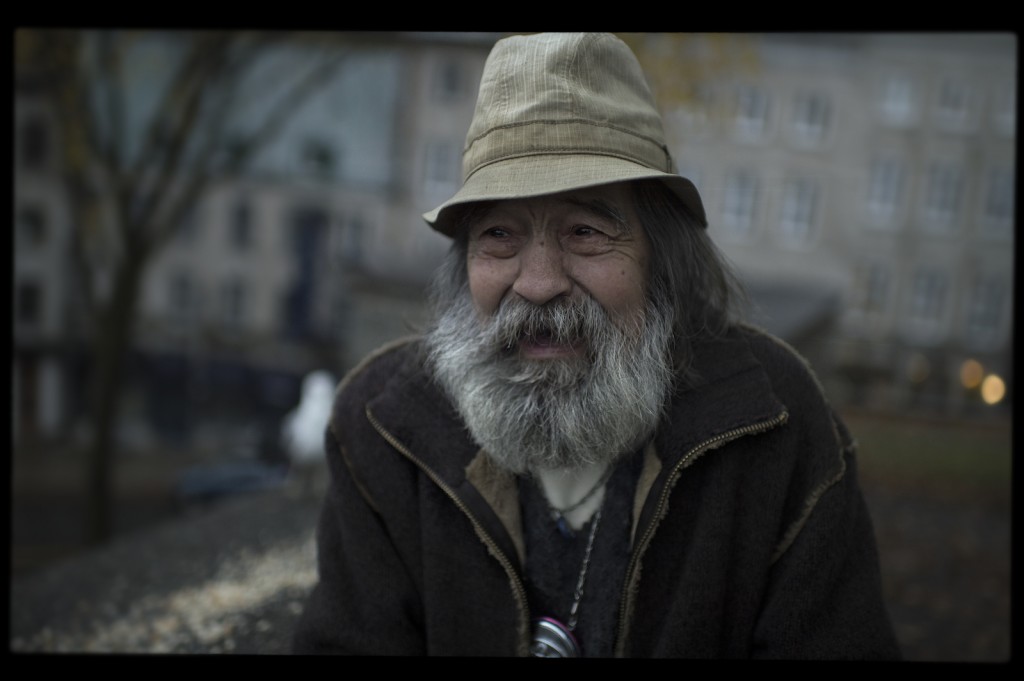 Sometimes a camera can give people an excuse to talk to each other.  Me just a wanderer by and he just a bird loving old man.  It’s a chance to hear each others story.

He said, “Goodbye, thank you for stopping by”.  I said Goodbye too. He probably barely remembers me now, but I have his pictures. I remember him. 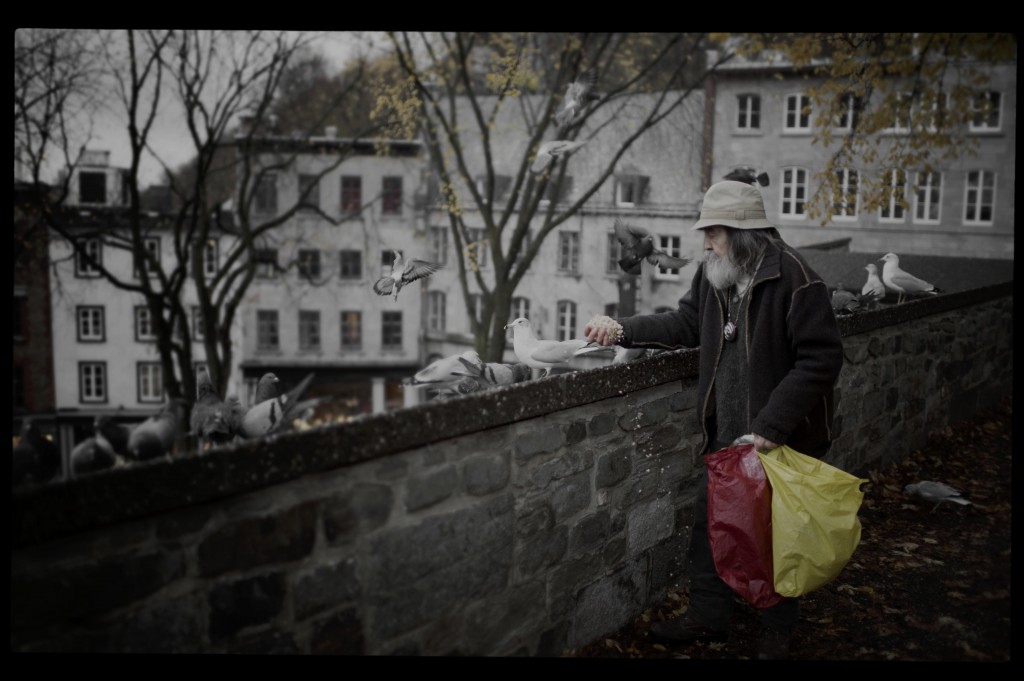