Sometimes you find things.  Today I did.  I was walking down the street at Sea Lane Beach near my house and stumbled upon a Lobster Trap.  The big storm had passed and it had apparently ripped this trap from its mooring and there it sat – a perfectly good trap. 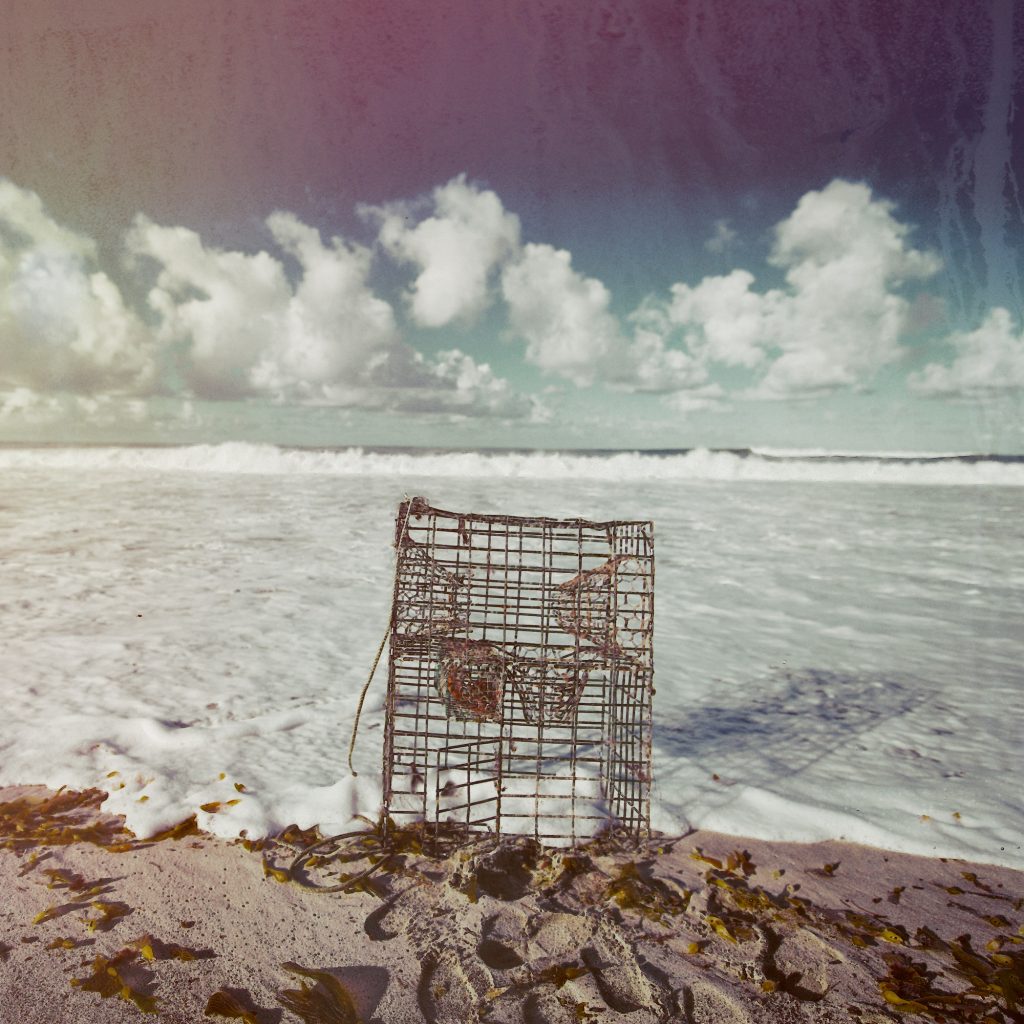 Sometimes you find junk on the beach, sometimes you find treasure.  Most normal people looking at this rusty old thing would probably pass it by.  It doesn’t look like much, but I knew better.  This particular trap could probably bag a good 8-10 lobsters worth about $150-$200 each and every night.

If you do the math that means this little piece of rusty wire I found was probably worth a good $5000 a month to the right person.  It got me to thinking about another story I heard.  I’m not sure if its true or not or just  legend.  It’s a story nonetheless of something found that turned to gold.

Captain Willy was his name.  He Lived on a house next to the sea.  The year was 1946 and times were good. He liked to fish and raid the sea of all its fine edibles and lobster was no exception. In fact he rather liked lobster, a delicacy he considered the finest from the sea.

Some considered Willy a pirate of the sea.  He had a boat and would often take the boat and dive for Lobsters in the middle of night plunging those little things into a bag he kept around his waist.

Captain Willy would often bag up to 4 lobsters on a good night and take them home for dinner.  You see, he had to catch all lobsters by his own hands since that’s what the law was.  You can only take what you can catch with your hands.

One night while diving in the cold waters, Captain Willy came across an old abandoned Lobster trap that had come loose during  a storm and which was dragging along the bottom of the sea.  He brought the trap up and surveyed it and it looked fine.  “What a nice little trap, this should do just fine”, he thought to himself as he hatched a plan of plans in his mind.

Taking the trap to a clandestine location that only he would know, he dropped the trap in and threw some old fish in it.  “We’ll check back on this tomorrow” he said to himself as he headed back up to his boat and later to his warm cozy bed.

The next night he put on his lobster dive gear and headed out on his small boat to the clandestine location and went down to his trap.  Low and behold, the trap was chocked full of lobsters.  “My oh my”, said he, “I’ve never seen such a fine assortment of lobster.  Why there must be 8 of them in that thing!”

So releasing the lobsters from their caged prison and into his freedom bag he was on his way.  Well, he stopped first to put just a few more fish in the trap to see if this was just dumb luck or if he had discovered something.

As it turns out, it was not dumb luck and the trap continued to produce each and every night.  In goes a little old fish into the trap and out comes 8 big lobsters a night.  It seemed like a fair trade off to Captain Willy. After all everyone was eating.  The lobsters got dinner and so did he. He just got a bit more than they.

So as the story is told, the lobsters began to pile up in his little old ice box.  Soon there were well over 100 in there and the ice box was busting at the seams.  One would consider that a surplus.  Captain Willy sure did and decided to invite all the old gang including Herbert Hoover who was President at the time to something he coined “Lobster Fest”.  It would be a party to do one thing and one thing only – eat lobster of every type and variety.

Not since King Henry the 8th had the world witnessed such careless gluttony.  The ridiculous plentitude of Lobsters at Lobster Fest was almost laughable.  Attendees to the glutinous affair slip slopped lobster off their chins and spoke loudly and whipped themselves into a lobster induced temporary frenzy.

Lobster Fest was a massive success.  Captain Willy was on top of the world.  ‘I shall quit my job tomorrow he exclaimed. “and become 100% self sufficient on Lobster”.  What a joyous day.  He slept soundly that night in his cozy bed.

The next morning he quit his job at the pickle packing factory and worked on a logo for his new company. That night, being depleted of lobster, Captain Willy headed out again to collect his booty.  As he dove down to the spot where his trap was, he begin to panic. It was no where in sight.  The trap was gone!

Well to make the long story short, his trap, was found by someone else who thought they had discovered an old abandoned trap just as he had months ago.  Another Captain Willy out there found the trap, thinking it was abandoned and pulled the trap up and put it in their own Clandestine spot.  Captain Willy’s lobster adventure was over, for the time being at least.

So goes the moral of the story, if you find something it’s only yours until you lose it to someone else who finds from you.  And that is the story of Captain Willy.