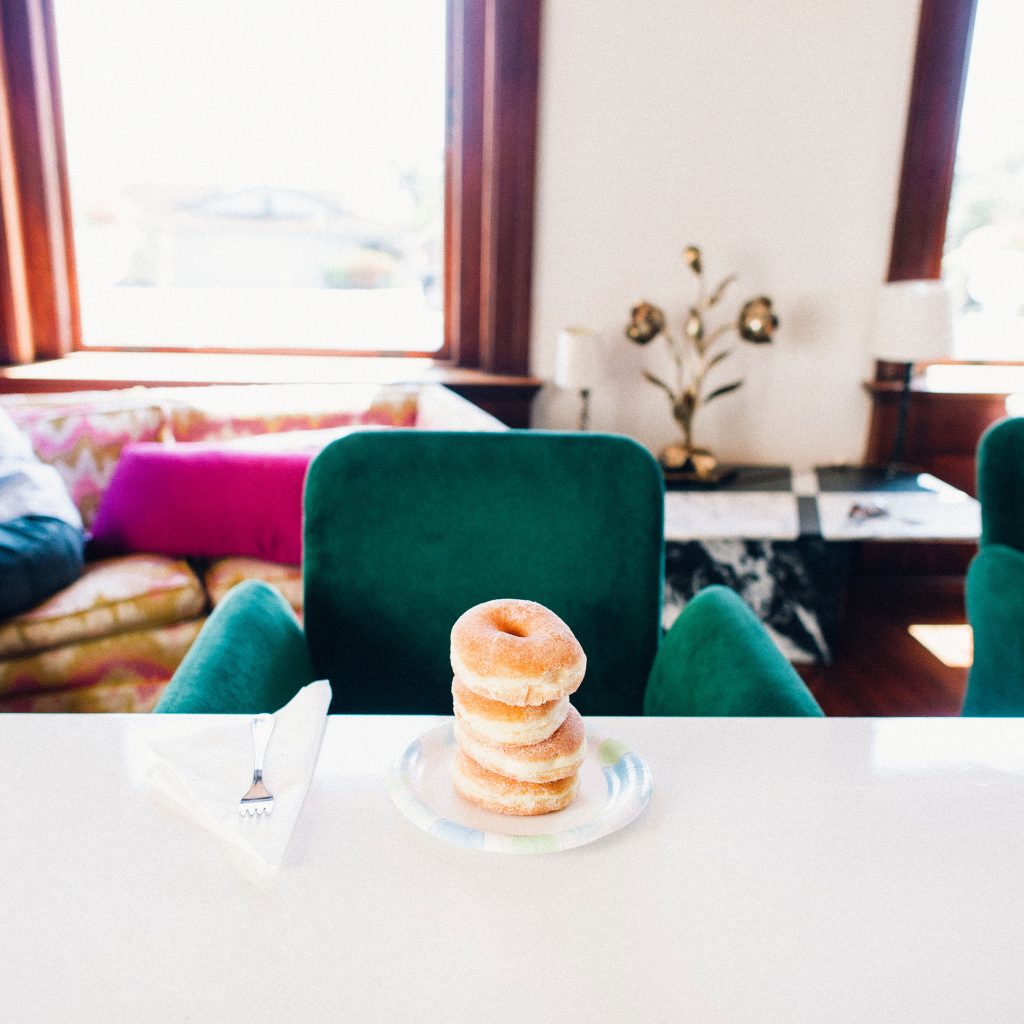 James came a walking in to the room and pointed to plate piled high with donuts and exclaimed, “Nonuts”.  Taking a seat at the table like a good boy ready for a donut feast, James grabbed the fork and decided to try one of those donuts piled high on the plate. 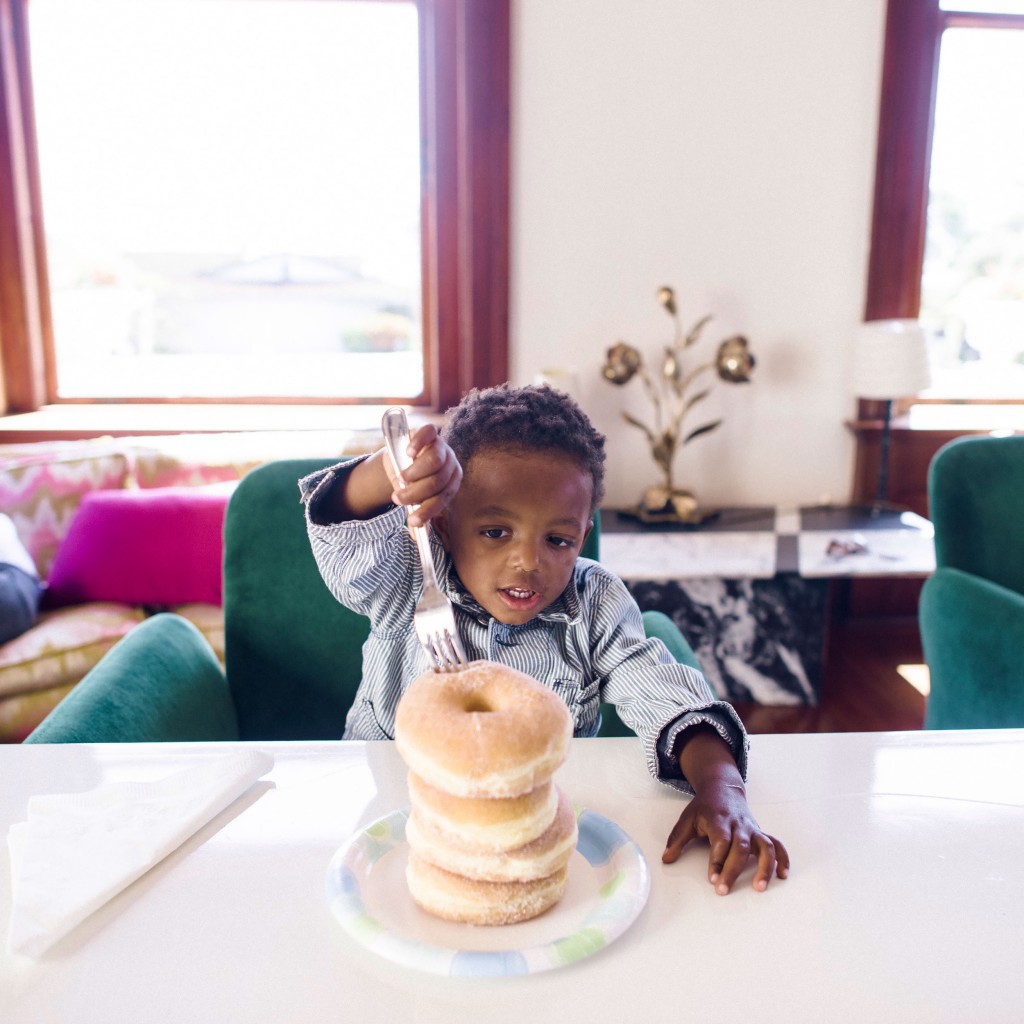 But forks don’t make good donut eating apparatus so he tossed the fork aside and decided to just use hands.  This donut.  This fine donut is a feast.  Now there were only 3 donuts left piled a little lower on that plate. 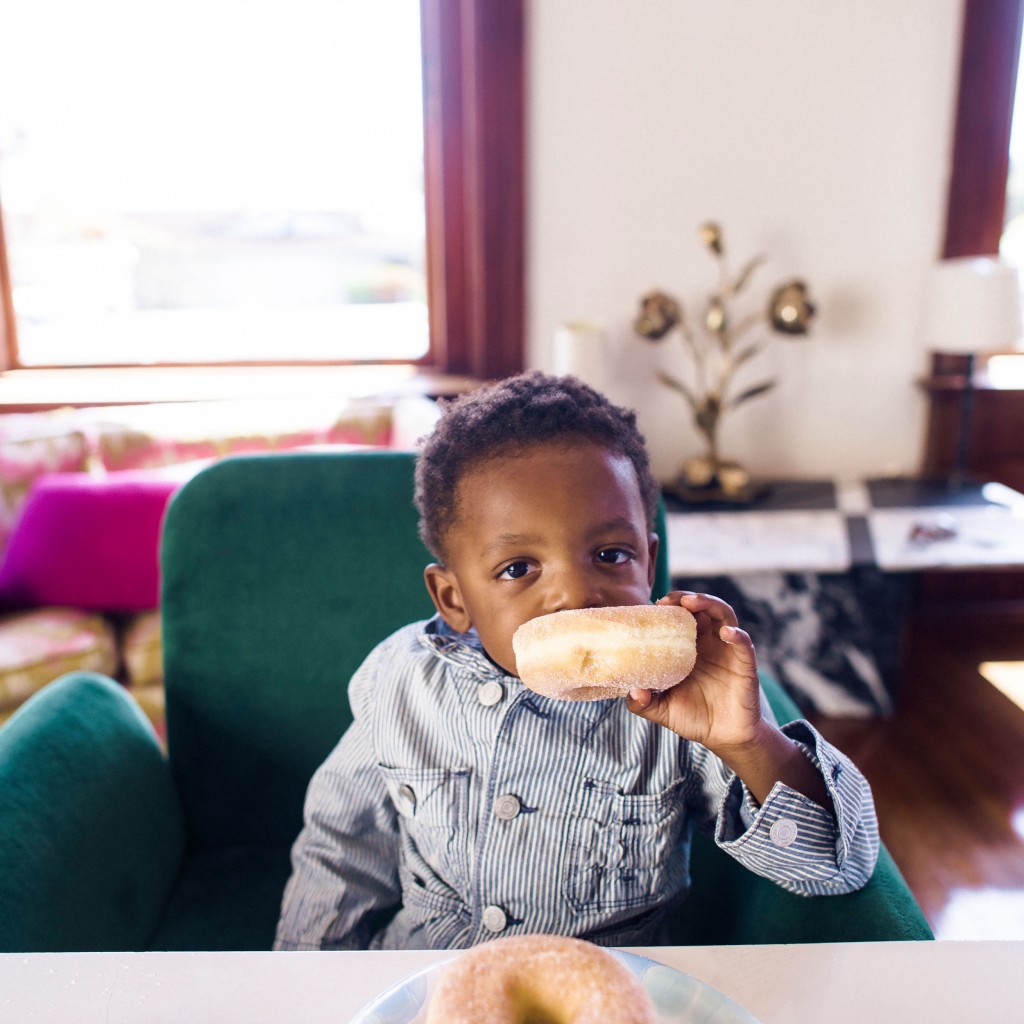 Things got interesting when a donut flew in the air and dropped right on the head of Little James.  The donut was perched like a bird on a branch, but it was a donut on the head of James.  Now there were only 2 donuts left on the plate and one donut in James hand, and one on his head. 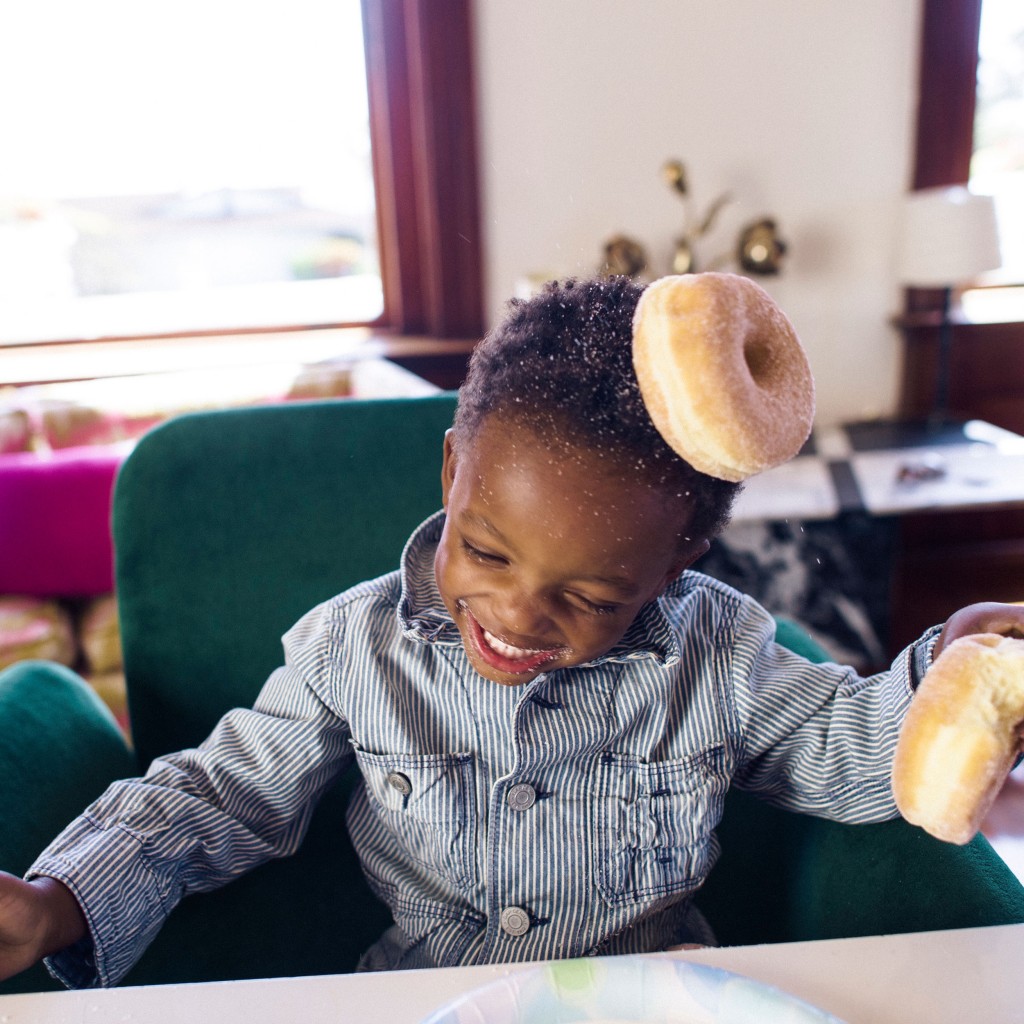 This is fun and this is funny.  James laughed and his head was full of sugar.  Why James looked like a sugar donut himself!  My goodness what is going on?  When he smiled you could now see sugar all over his face.  James was turning into a donut! 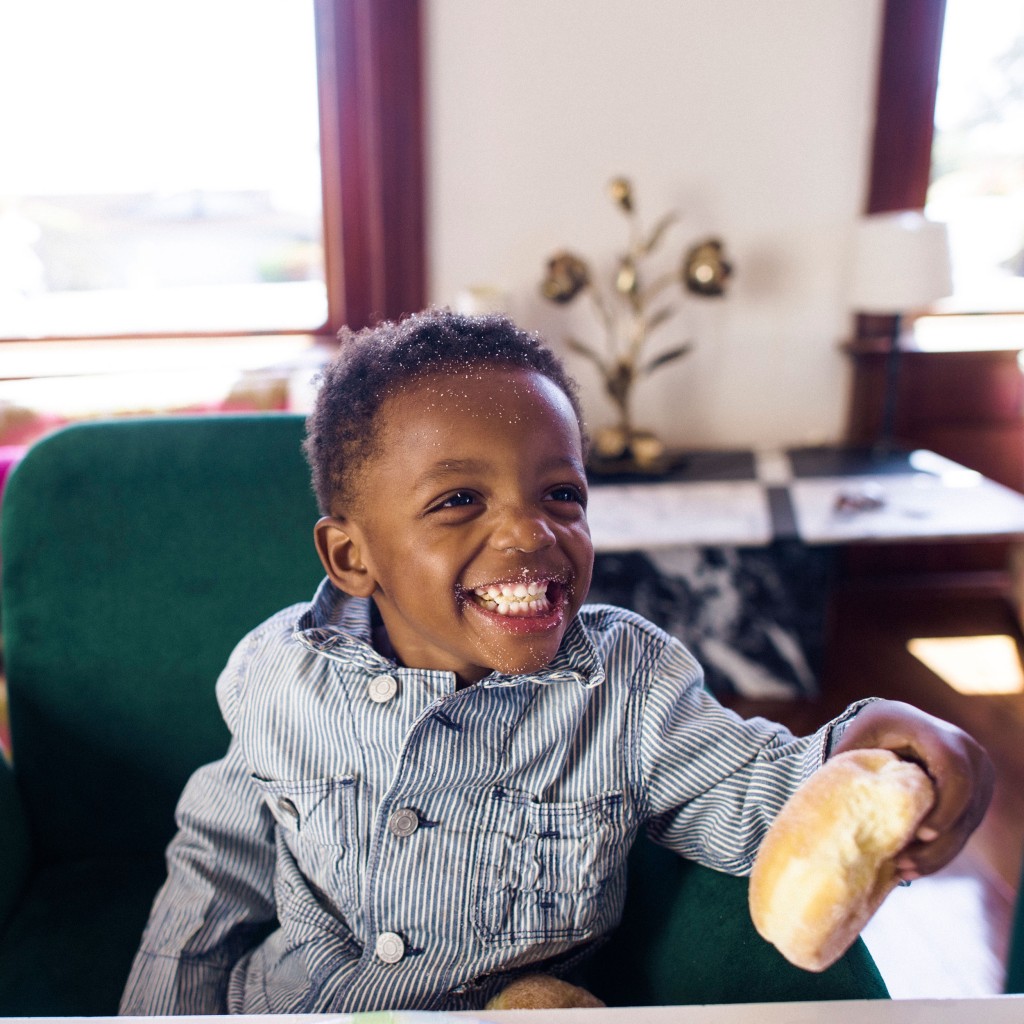 Just one things looked like they could not get any more amusing, James put another donut on his head.  He looked around.  Now there was only one donut left on the plate piled very low and things were getting more sugary by the minute.  James what will we do with you?! 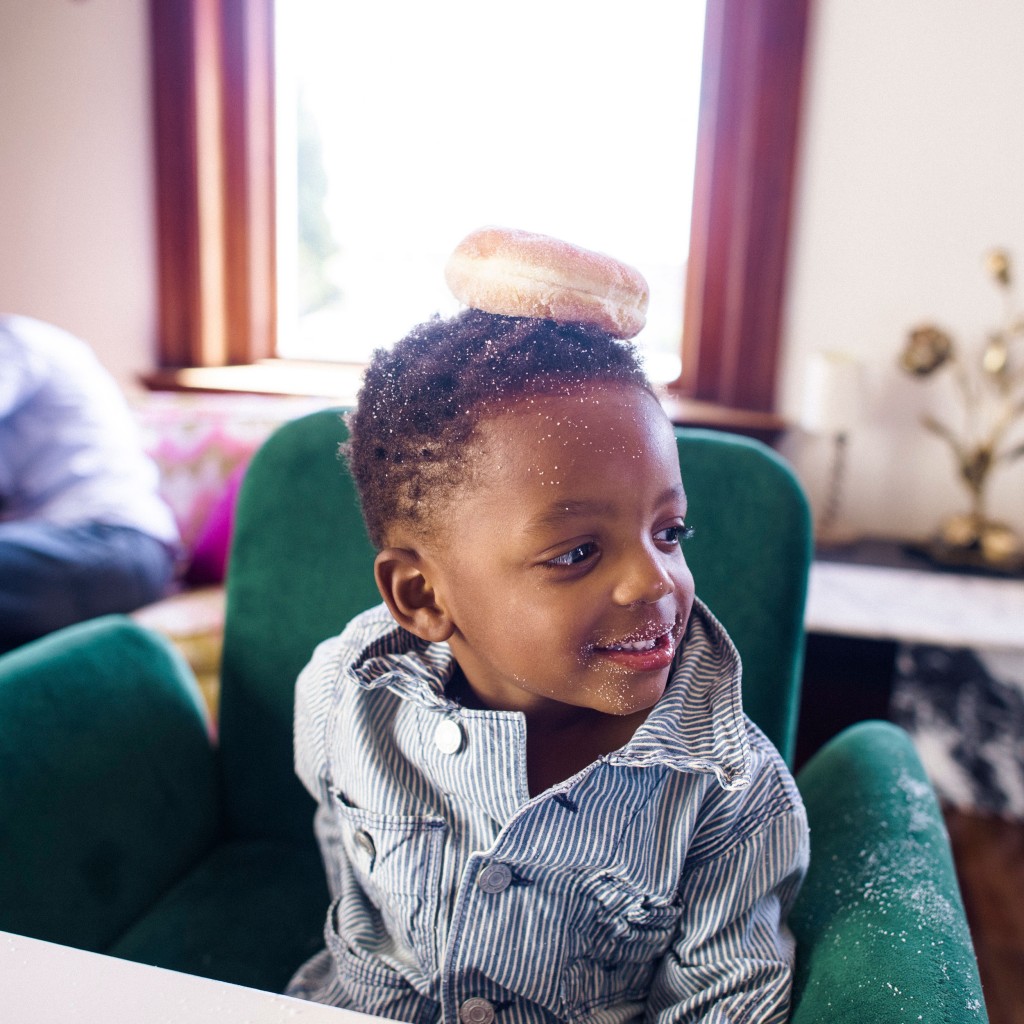 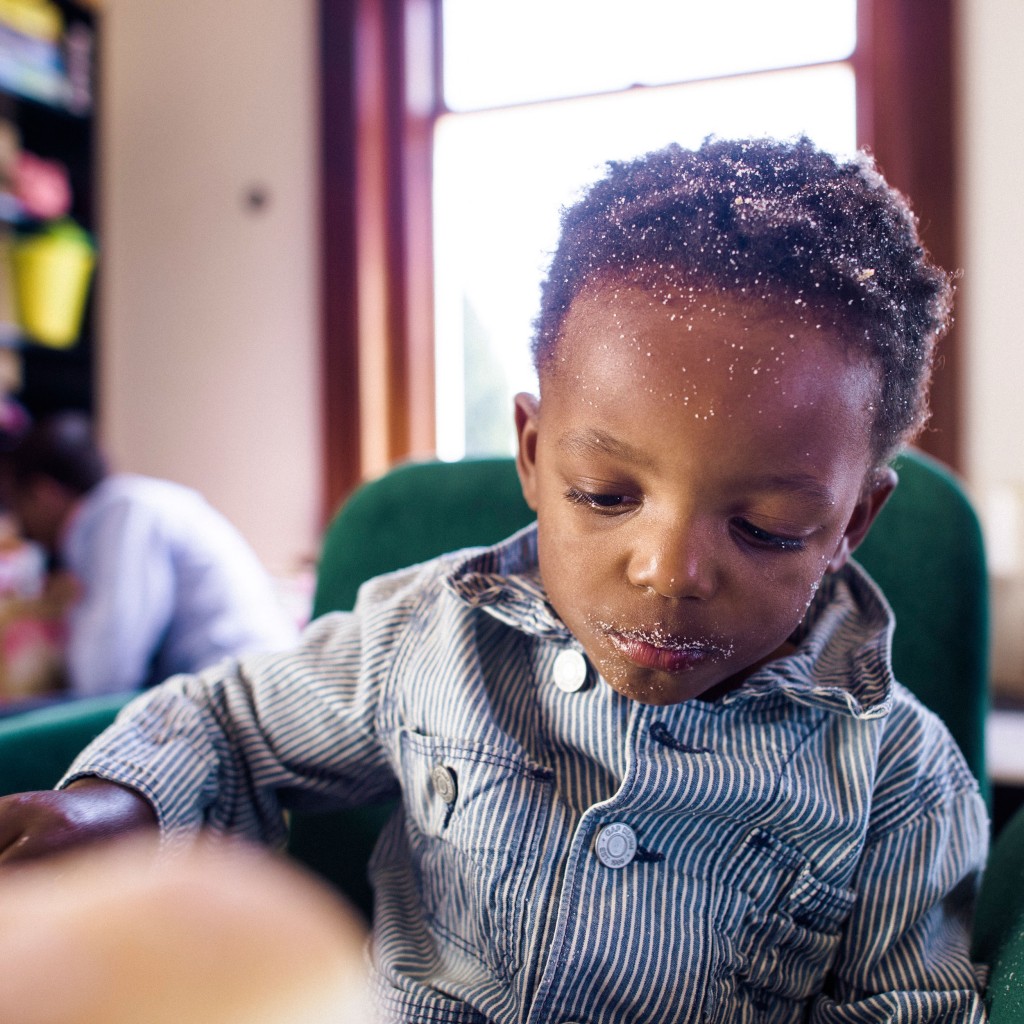 Someone yelled, “Mom’s gonna be real mad when she see’s what you did James!”  Because everyone knows that James did this on his own and no one else was to blame at all for it.

So mops, rags sponges and vacuums were gathered and everyone began cleaning. Mostly James.  James was determined to clean it up before anyone could see!  He was a good boy and this donut caper was something he wanted to keep his little secret.  Clean faster guys!  Hurry before mom sees this mess! 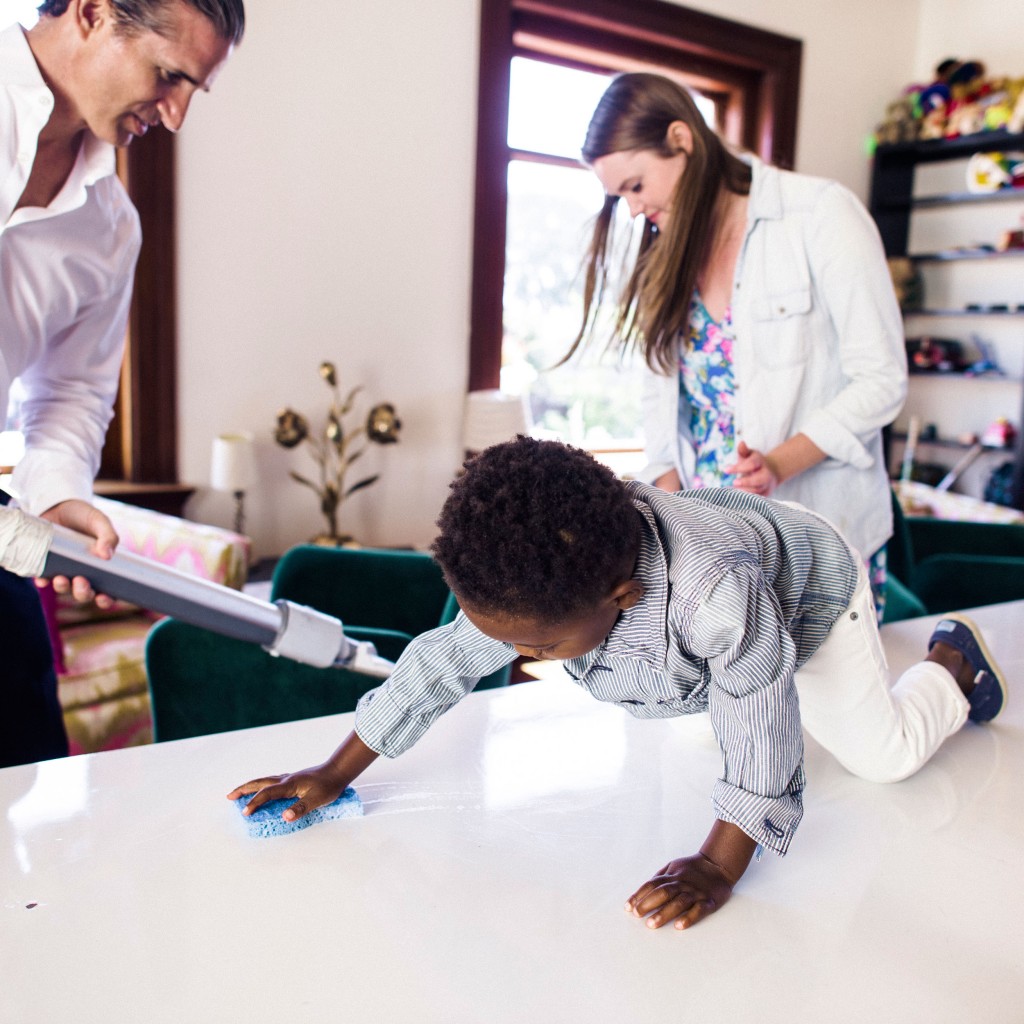 As James washed down the table he looked around.  There was not a drop of sugar anywhere.  This was an incredible donut caper he thought to himself.  And it was the perfect crime. 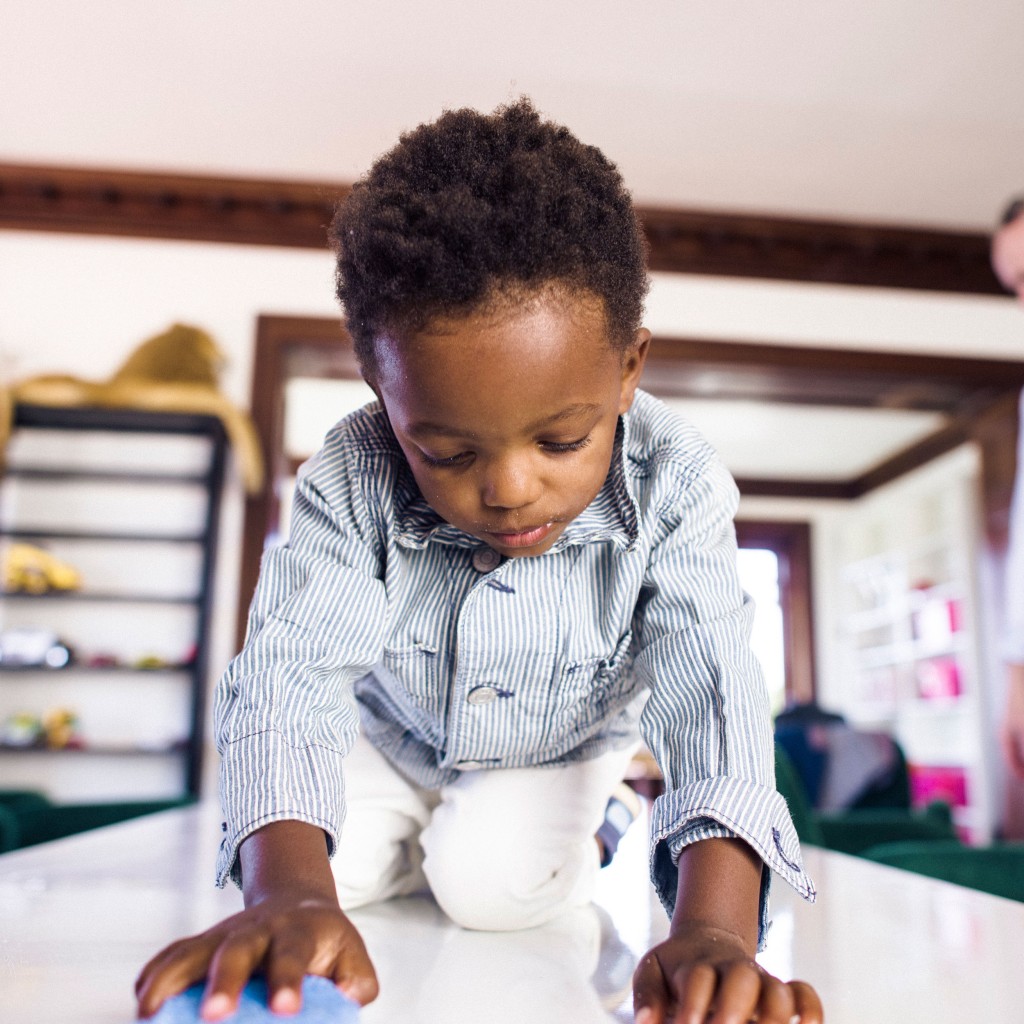