10 Interesting Photos to Show How Life is Different in Vietnam

Life in Vietnam is much different than our own.  Let me show you in 10 different photos how it is.

1) Most people own their own businesses. Everyone is an entrepreneur.

They don’t work for companies.  They work for themselves. Have you ever noticed that when Vietnamese come to the US that they open their own business rather than working for another company? Thats the culture. This fellow is in both his house and his place of business.  You can take naps when things are slow.  And they often are. 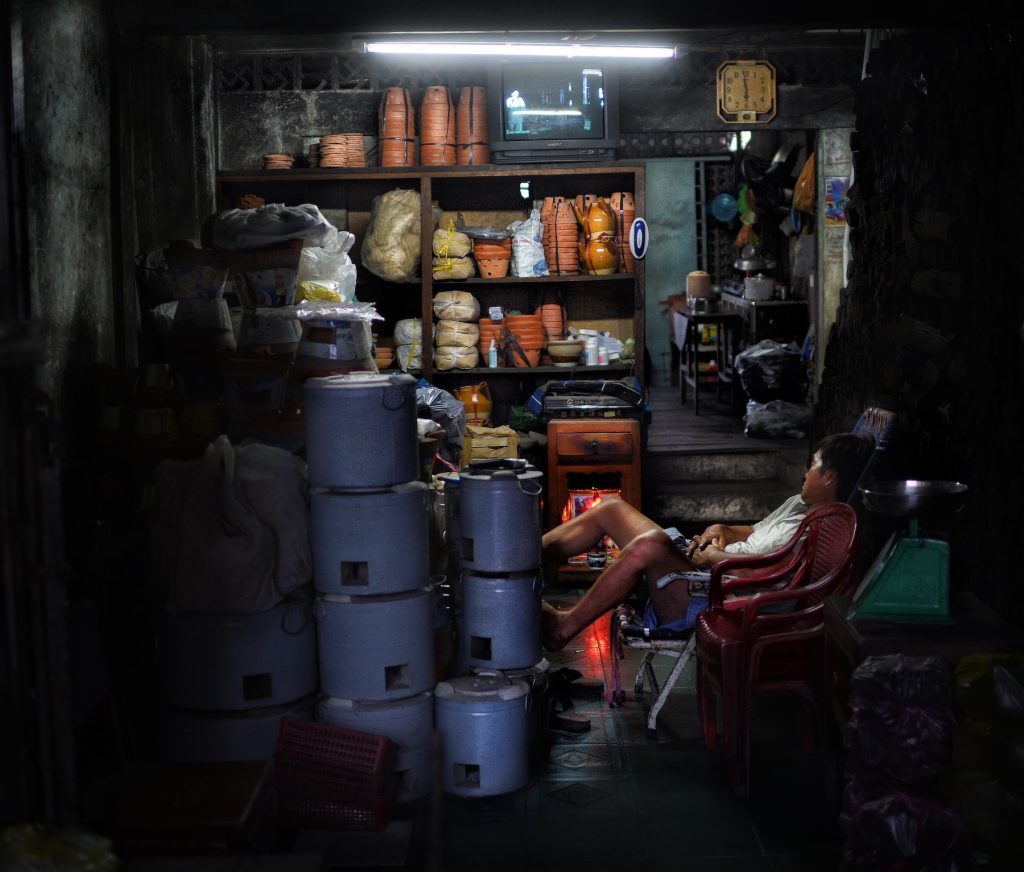 2) The homeless and poor all have a job.

There is no such thing as begging in Vietnam.  Well there is but it is not nearly as prevalent there as it is here in the US.  The government supplies Lottery Tickets to poor people so that they can sell them on the streets.  These are lottery ticket ladies.  They are sometimes smiling, and sometimes not.

3) They are healthy, live longer and rarely obese.

It is no secret how healthy Vietnamese food is.  It is very low in calories. Their fruits and vegetables are all organic.  And despite the fact that they almost always seem to be eating they are all thin.  In the US we eat much less often but our food is of poor quality compared to what you will find in Vietnam.  This man munches on a Banh Mi which is a Vietnamese French Baguette sandwich.  Much of the Vietnamese food is influenced by French cooking. 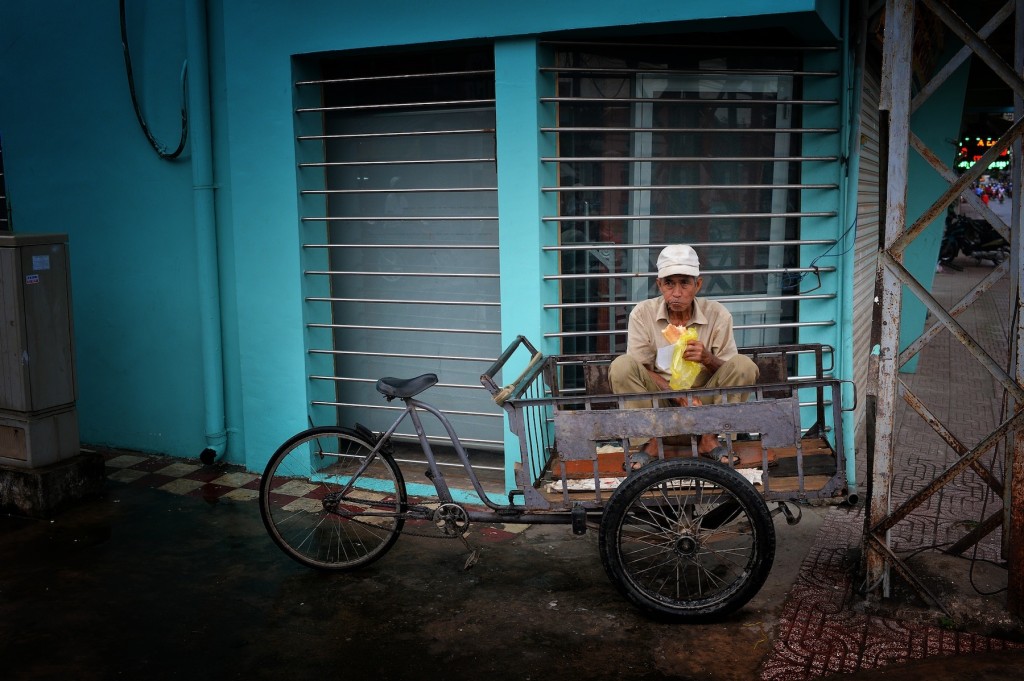 4) They are happier because they have less.

We think that the more you have the happier you are.  That is not true.  The Vietnamese have less than us but our happier and more joyful than us.  Their lives are fuller because they spend time with each other rather than things.  This lady was happy because I took her picture.  She didn’t even ask to see it.  She was just happy because I saw something in her important enough to take her picture. It made her feel good.

There are cars in Vietnam but very few.  They drive bikes and scooters everywhere.  Most of the world is like this.  This man drives his bike to the market in the morning.  There are very very few gyms in Vietnam.  Why do they need a stationary bike when they can use a real one?

6) They let their kids live the way we used to let our kids live here.

Remember walking to school?  Remember playing football in the middle of the street?  Remember when kids could roam freely without their parents dreading that something terrible was going to happen?  That is still the way that they are in Vietnam.  Their kids are free to be kids.  This little girl is having a little seat in the middle of the road.  No worries though.  It is a country road and the scooters and bikes move slowly.  They will move around her and not harm her.

The roads in Vietnam are more crowded than our own.  There are very few rules on the road; very few stop signs, traffic lights and lanes in the roads are more guides than the law. Despite the seemingly mass chaos I never witnessed a single instance of road rage.  That is because people cooperate.  They don’t feel angered when someone cuts in front of them because it never happens.  In the US we are angered constantly by someone not following the rules.  In Vietnam they are free from those mental blocks.   These fellows are taking their big ice block right down the middle of the road and people are working with them to help them rather than getting upset. 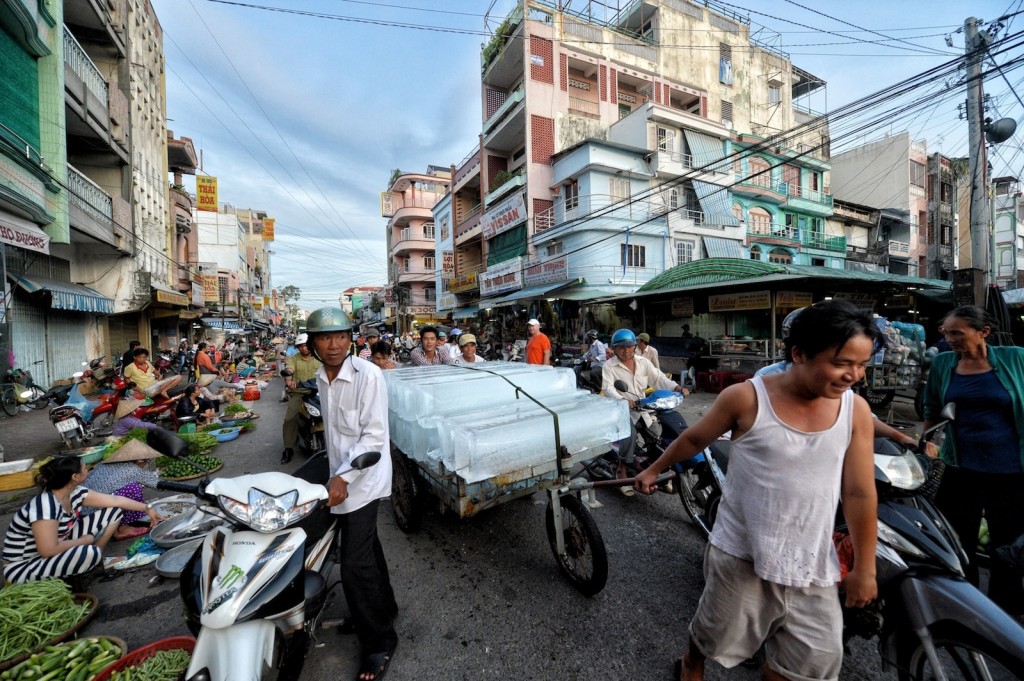 When you go into a Vietnamese home one thing is noticeably absent.  You don’t see kids toys.  Here in the US, kids have tons of toys that can often fill up an entire room.  There are a few toy stores in Vietnam but nothing close to the Toys are US warehouses that we have.  In Vietnam kids spend most of their time playing with each other rather than with their toys.  This little boy wanted a toy so he made one.  He carries a machine gun fashioned from 3 sticks of bamboo.  He was firing on men in the river when I first spotted him. 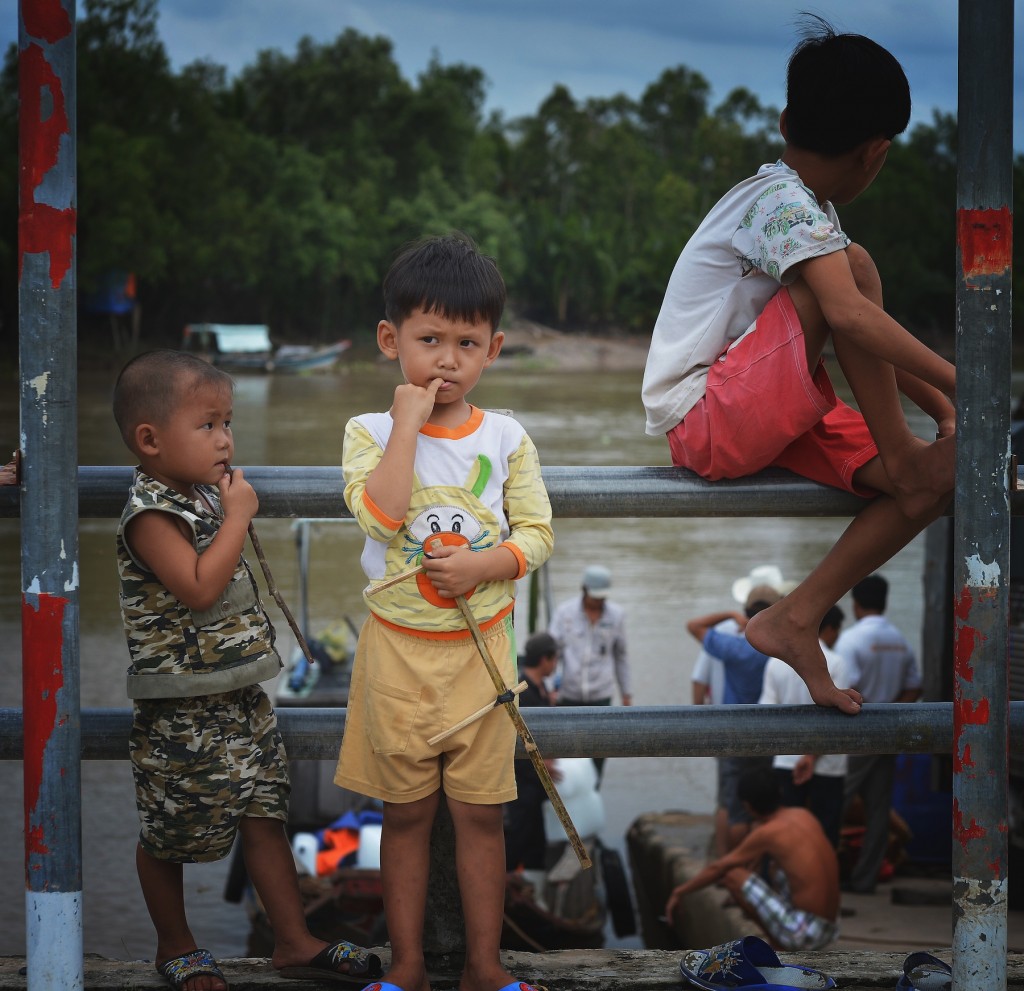 9) Life centers around the water.

The water is very important in Vietnam.  Not only does it provide them with their primary source of protein – fish and other sea life but it is one of their primary methods of personal and commercial transportation.  Boats are wooden here.  They use old motors that are remarkably efficient in the shallow rivers. 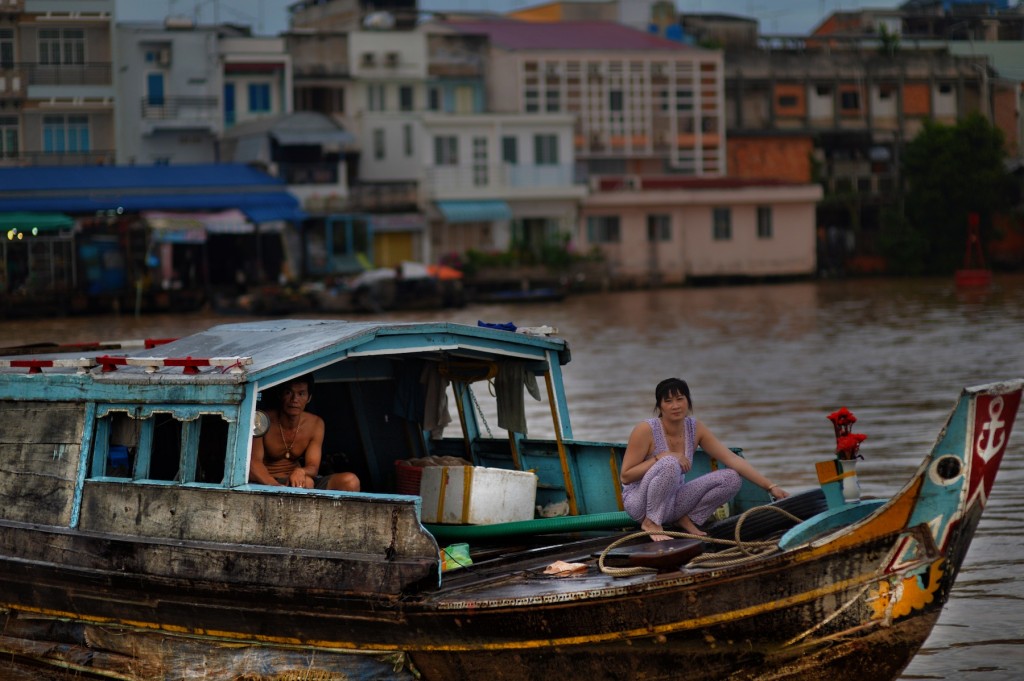 10) They don’t throw things away.  They fix things.

In the US we love new shiny things.  We look forward to throwing away something and getting a newer better version of it.  If our smart phone is more than 6 months old we feel terrible about it.  In Vietnam things are rarely thrown away.  Vietnamese have developed certain Macgyver like expertise in fixing just about everything.  There is something about Vietnamese ingenuity that has helped them survive.  I am always amazed by the creative ways that the Vietnamese can fix things. 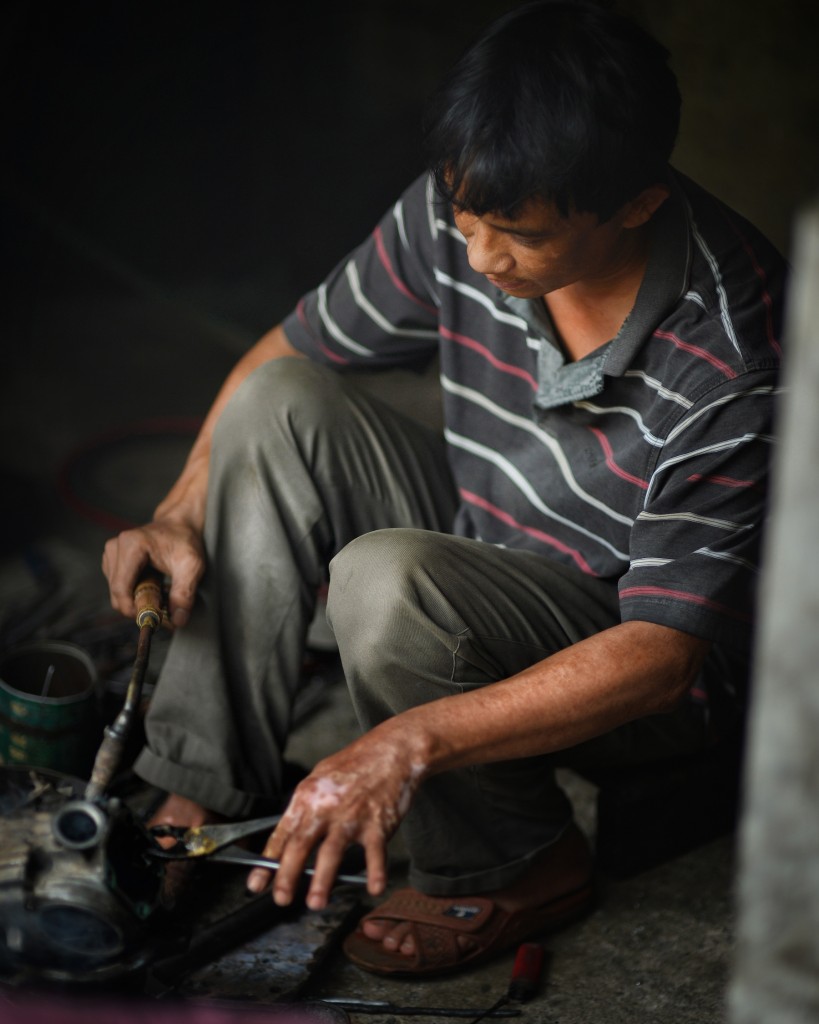