5 Reasons Why You Should Give Tijuana Another Chance 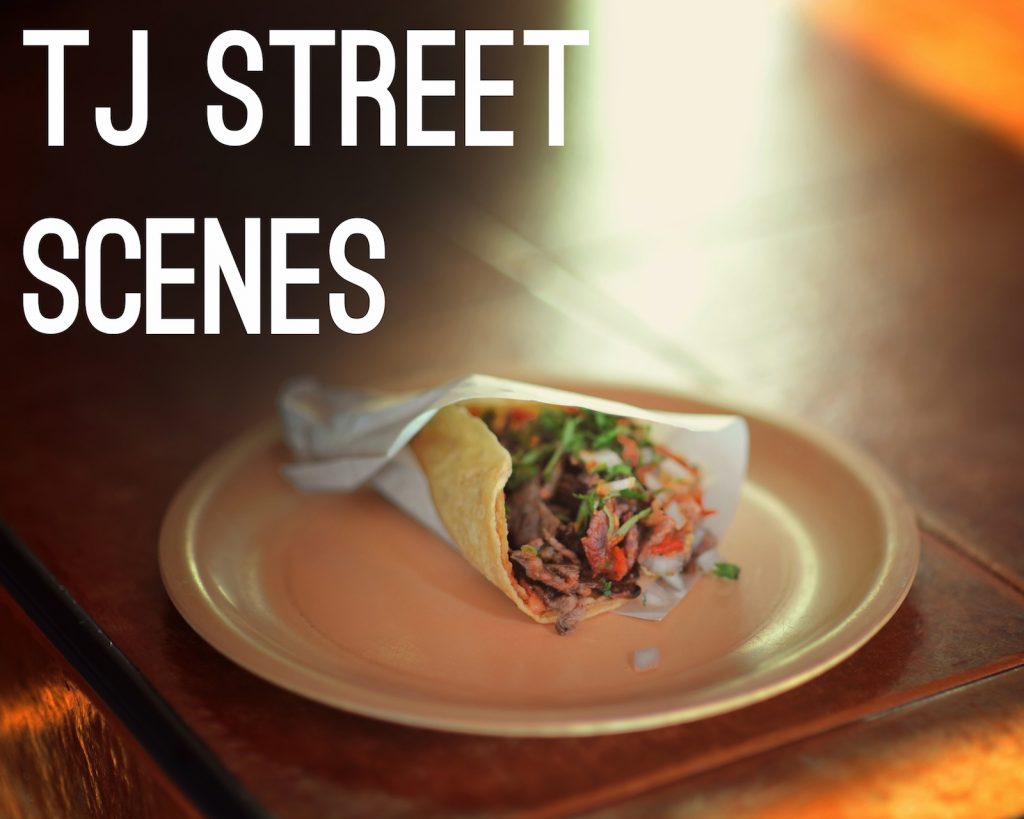 My first trip down to Tijuana Mexico was when I was 15.  I wasn’t supposed to be anywhere near the God-forsaken place and was strictly forbidden to go.  After nearly getting arrested by 3 Mexican Federales for being in a bar underage I swore to them that I would never set foot in Mexico again if they let me go.  They let me go.  I returned to Mexico (often).

That was over 30 years ago that I made the first trip to Tijuana.  I have to tell you that as a kid living in San Diego during the 80’s getting nearly busted or insanely drunk in Mexico was a right off passage at the time.  TJ was a different world back then.  It was relatively safe.  It was incredibly fun and it was a great escape to just get a taste of some real Mexican culture, food and beer.

Prior to 9/11/2001, Tijuana was the most visited foreign city in the world.  It was easy to get to from San Diego.  It was cheap. And you could just walk back and forth across the border with little scrutiny.  It was so popular that 40,000,000 tourist made the trek every year.  Disneyland by comparison only brought in 14 million.  The place was booming.

After 2001, the border tightened up to prevent terrorism and that was TJ’s first blow.  The second and more deadly blow came in 2007 when Mexican Cartel drug violence hit the city hard.  Murders in TJ climbed to close to 1,000.  By comparison cities like Chicago have about 600.  The drug violence started to scare tourist off.

Iconic places like Ave Revolucion which were crawling with tourist began to empty out and things got real bad.  It got so bad that many of the bars, restaurants and nightclubs began to shutter their doors.  The tourist were not coming anymore.  The place was becoming a ghost town.

Why I think TJ deserves another chance.

There is one thing that drives hard core taco fans back to TJ every so often – The TJ Street Taco.  The obsession and craving for these delicious little tacos is so compelling that San Diegan’s will ignore any danger and head down. Thats precisely what we did yesterday and I was really surprised at what I found.  Things certainly have changed since the 80’s in Mexico. Some for the better and some for the worse but I think it gets a bad rap.

Here are 5 Reasons that I think we San Diegan’s and all tourist for that matter should give TJ another chance.

1) The Food is Outstanding

As I said there are certain food that you cannot find anywhere else in the world.  TJ has some of my favorite restaurants that blow away anything you can find in San Diego.  Carnitas Uruapan, El Rodeo, Taco’s El Paisano and pretty much any street taco vendor you can find are going to give you a meal you won’t forget.  We gorged ourselves (3 people and the Taxi Cab driver) on all the tacos and drinks we could manage for less than $20.  That was amazing.

I love the street Taco experience in TJ. Look at this guy carve up Adobada for Tacos. 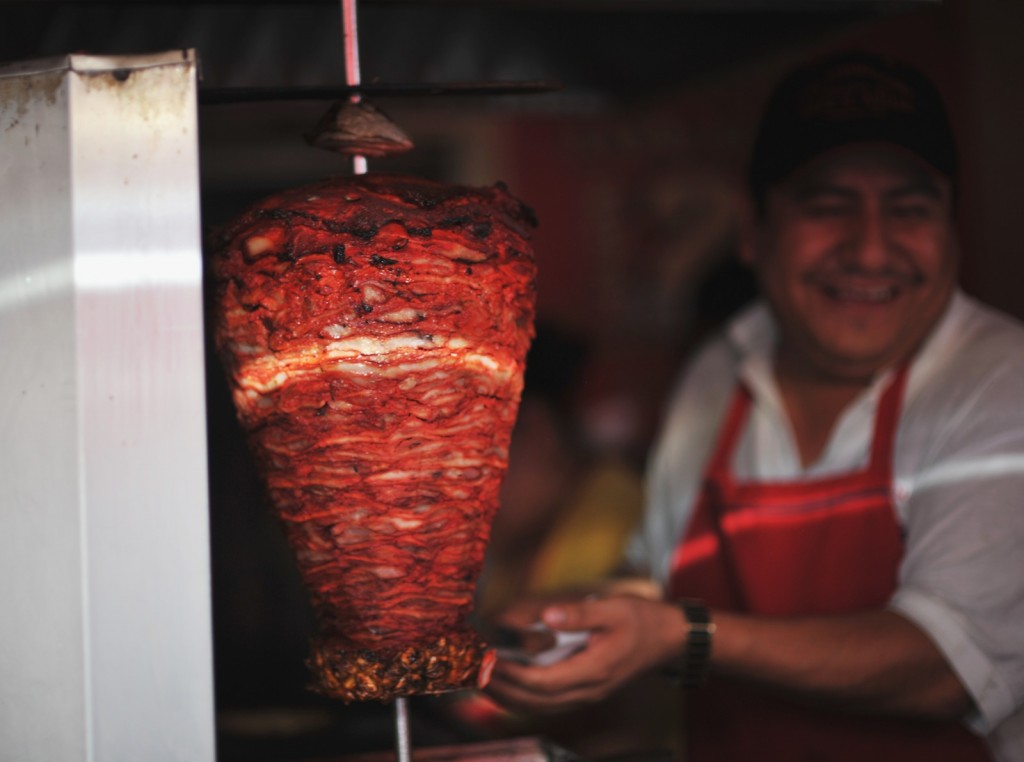 The Taco man waits for your order.  When you say go.  It’s pretty much on your plate within a minute. 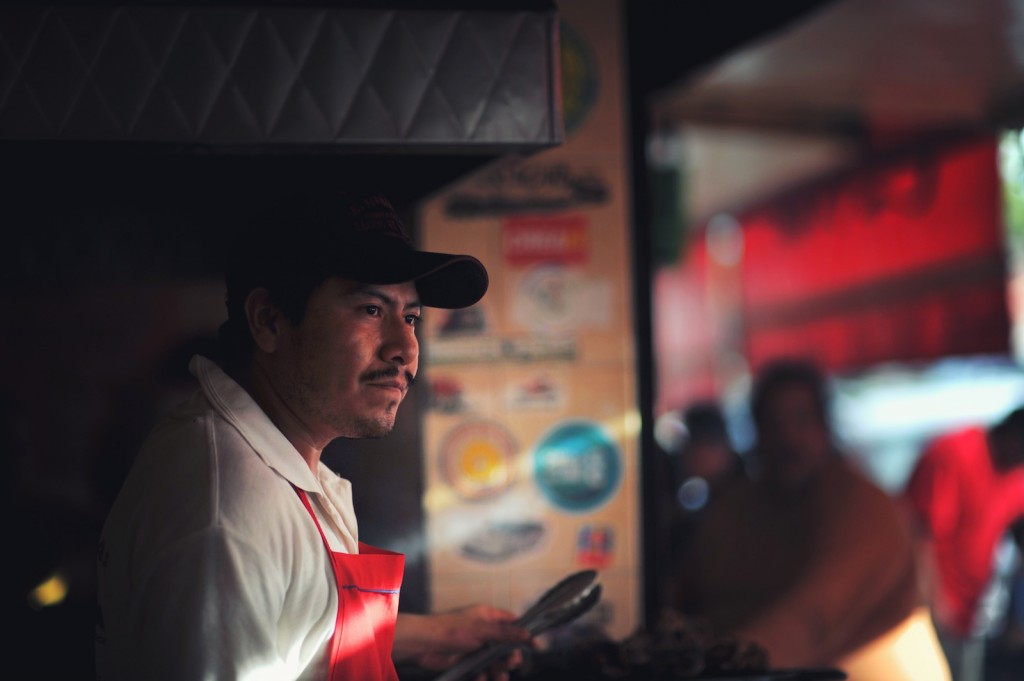 Everything is fresh and your Taco’s are made to order. 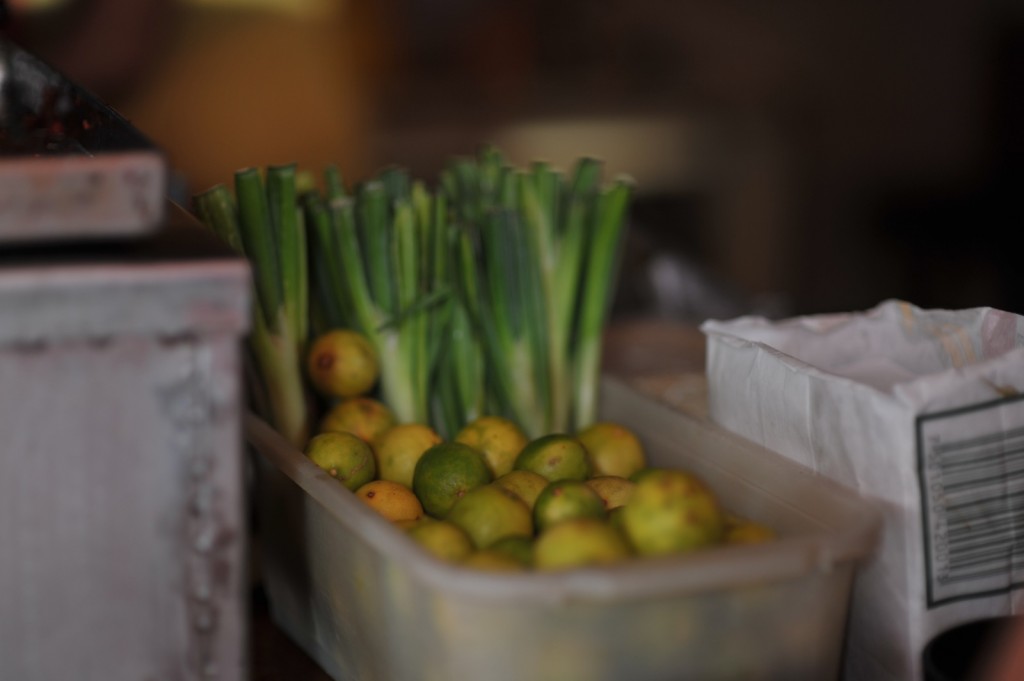 The meat is cooked directly over hot coals.  The flavor that it gives the meat is out of this world. 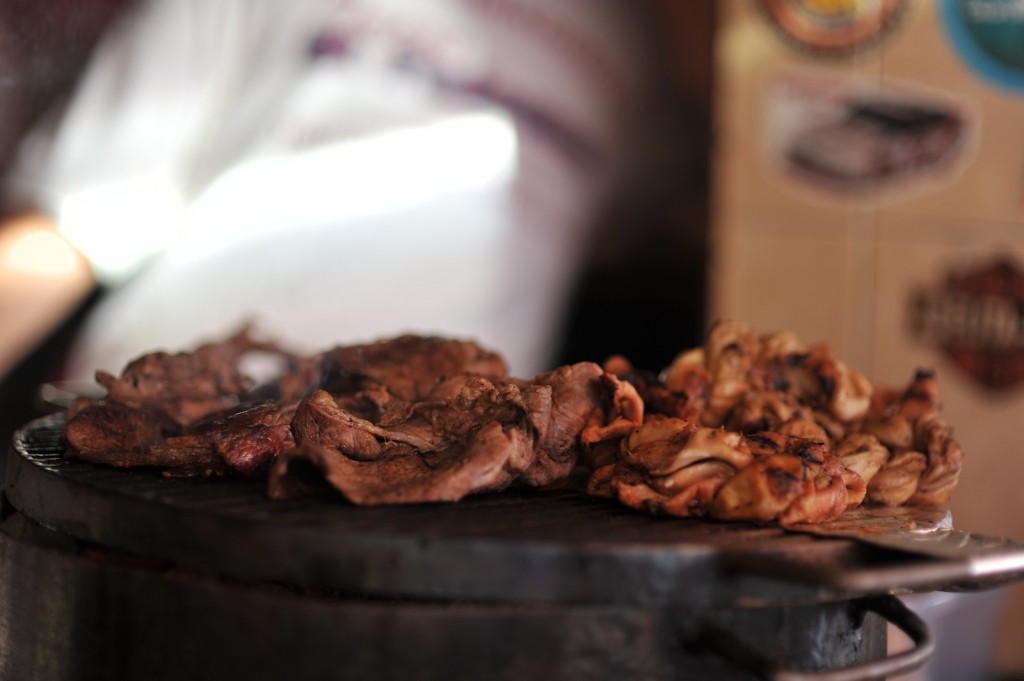 2) You can ride a Zonky before they become extinct

The Zonky is in danger of becoming extinct.  Zonky’s are basically Donkey’s painted with stripes.  Why they paint Donkeys with stripes goes way back to the days of early black and white photography.  When tourist would head to Mexico around the turn of the century and take pictures on the Donkey’s they would complain that you could not see the donkey.  So some genius got the clever idea to paint the donkeys with stripes so that they would show up.  That is classic Mexican ingenuity at work and a great story of Tijuana.

Olden Day tourist hated when the donkey’s didn’t appear in their photos. 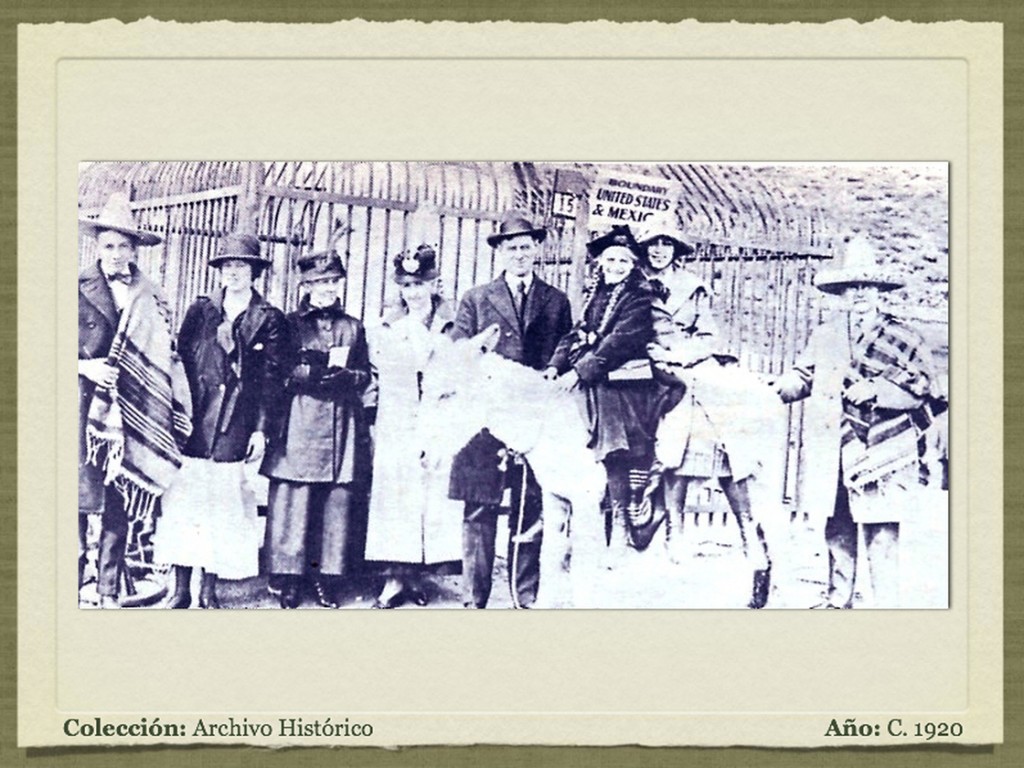 Reason #2 to go back to TJ is to get a picture on a Zonkey before it passes you by forever.  Things are changing in TJ rapidly and the loss of tourism and changes in culture have resulted in the disappearing Zonkey Vendor.  There used to be 25 vendors, now there are only 3.  My friend Vanessa sent me an article that is a very interesting read about the effort to save the TJ Zonkey – Save the Zonkey

Tu loved her picture on the Zonkey 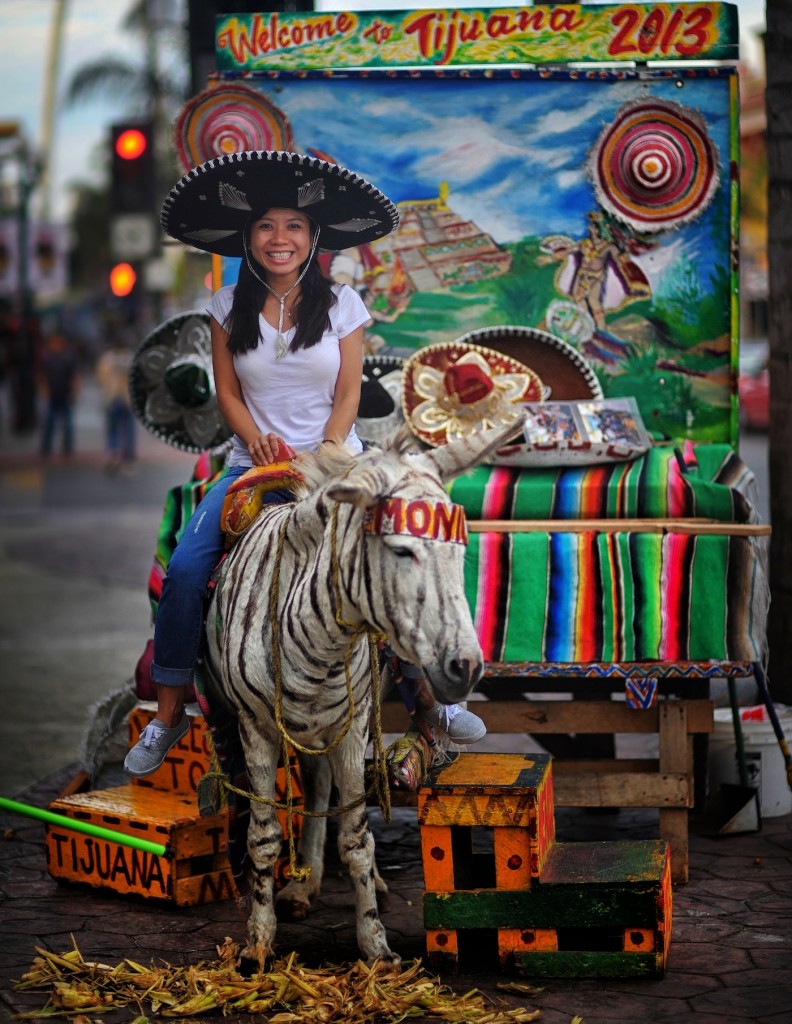 The street photography opportunities are insane in TJ.    I didn’t see many photographers down there while we were cruising through and people generally seemed very accepting of the camera.  I found that TJ makes a great backdrop and place to practice your street photography without upsetting to many of the locals.  On the contrary, I found people to be very friendly and engaging when I was there.

Some colorful and engaging street scenes in TJ 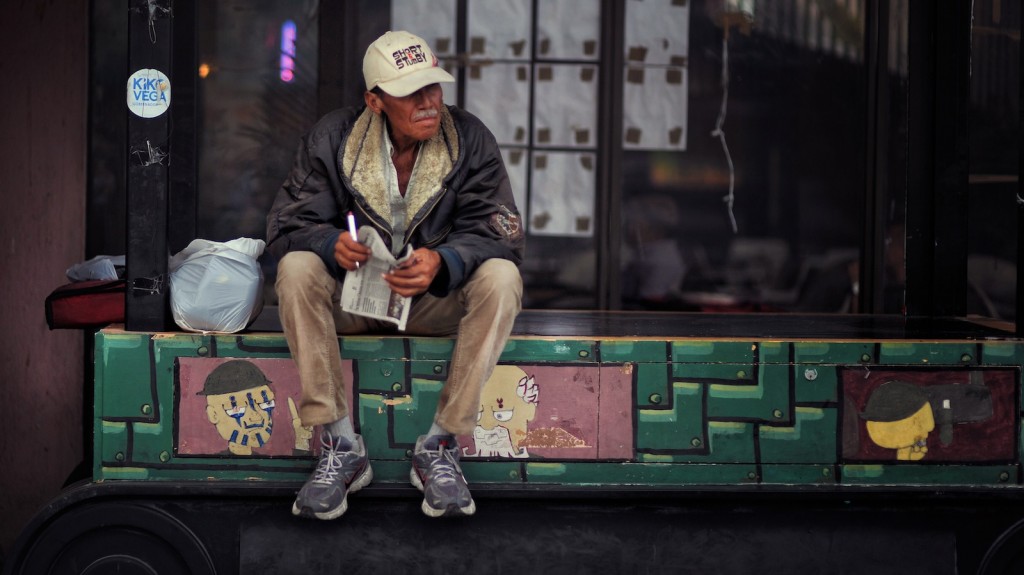 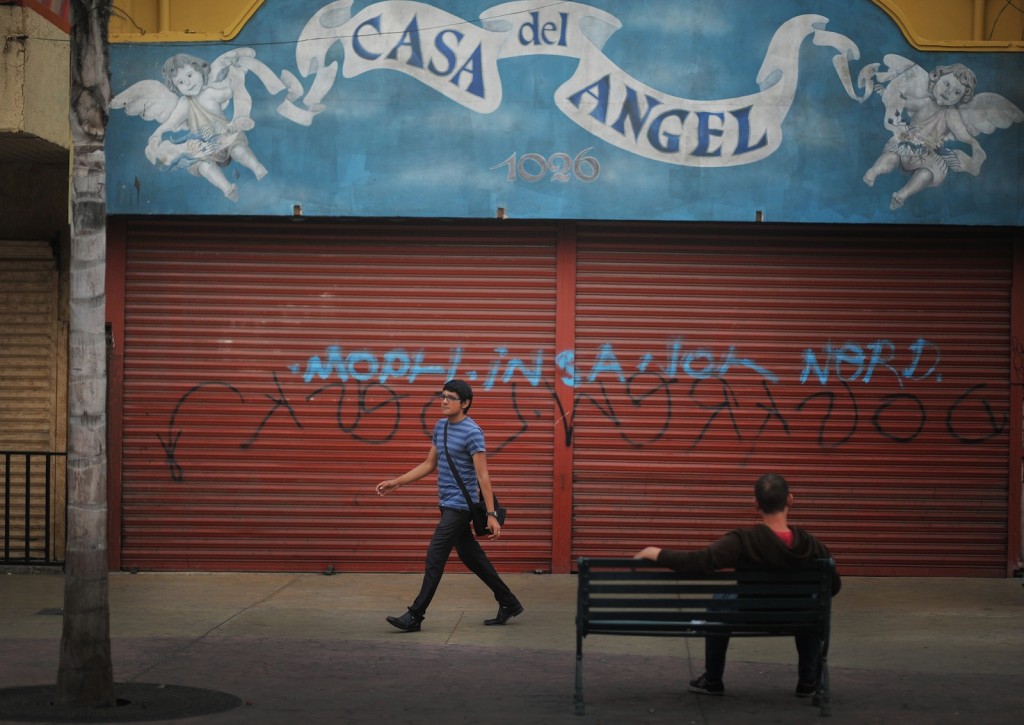 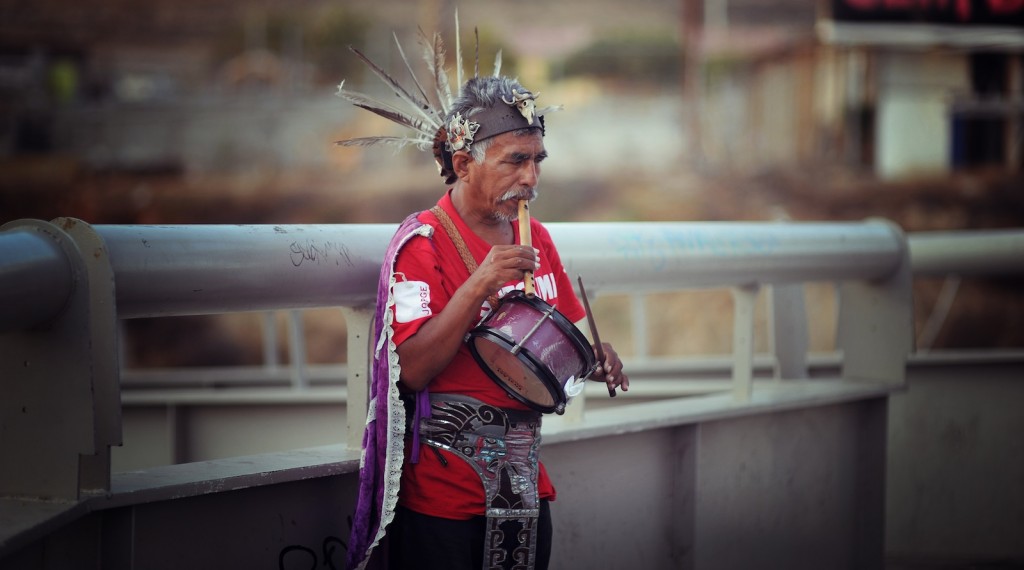 Reason 4 – The Art Scene is Up and Coming

The Art scene in TJ is booming.  In fact, Ave Revolucion is remaking itself as the art district of TJ and they are doing a pretty good job from what I can tell.  We saw some fantastic murals up and down the street.  In fact the art scene is so explosive in TJ that San Diego’s Museum of Modern Art arranges field trips for people to take to the city to see what is happening there.  If you’re not going to TJ for the food, you can check out some fantastic art. Tijuana is completely different.  Our taxi driver charged us LESS than I thought he should and he was extremely patient.  The Taco Stands were all smiles and were happy to see us.  The Street Vendors were engaging, friendly and said things like “Welcome to Tijuana” and “We’re neighbors” when we told them we were from San Diego.

Drug Violence is way down in TJ the last two years and the murder rate has dropped tremendously.  The Mexican Government has a new strategy for dealing with the drug cartels and for the moment it appears to be working to drop the violence.  TJ is still TJ but it’s not as bad as people are making it out to be.

As a local San Diegan, I think TJ is a huge part of the culture and heritage of the city.  I think if you’re new to San Diego, visiting or just haven’t been in awhile that you should keep that tradition alive and visit the city.  A lot has changed in TJ, its worth another chance.