If you think “Fart Blanche” is out of your reach, think again.

Carte Blanche;  which literally translates to “blank check” in French has been used for years to convey one’s freedom to do whatever they want.  Carte Blanche is a sort of unconditional authority typically reserved for Kings or mega celebrities like Kanye West and Kim Kardashian.

Fart Blanche on the other hand refers to another blank check of sorts – the power to fart unconditionally and without penalty.   Unlike its sophisticated sister, Carte Blanche which is rarely granted, Fart Blanche is a power that can be enjoyed by just about everyone – even the common man. 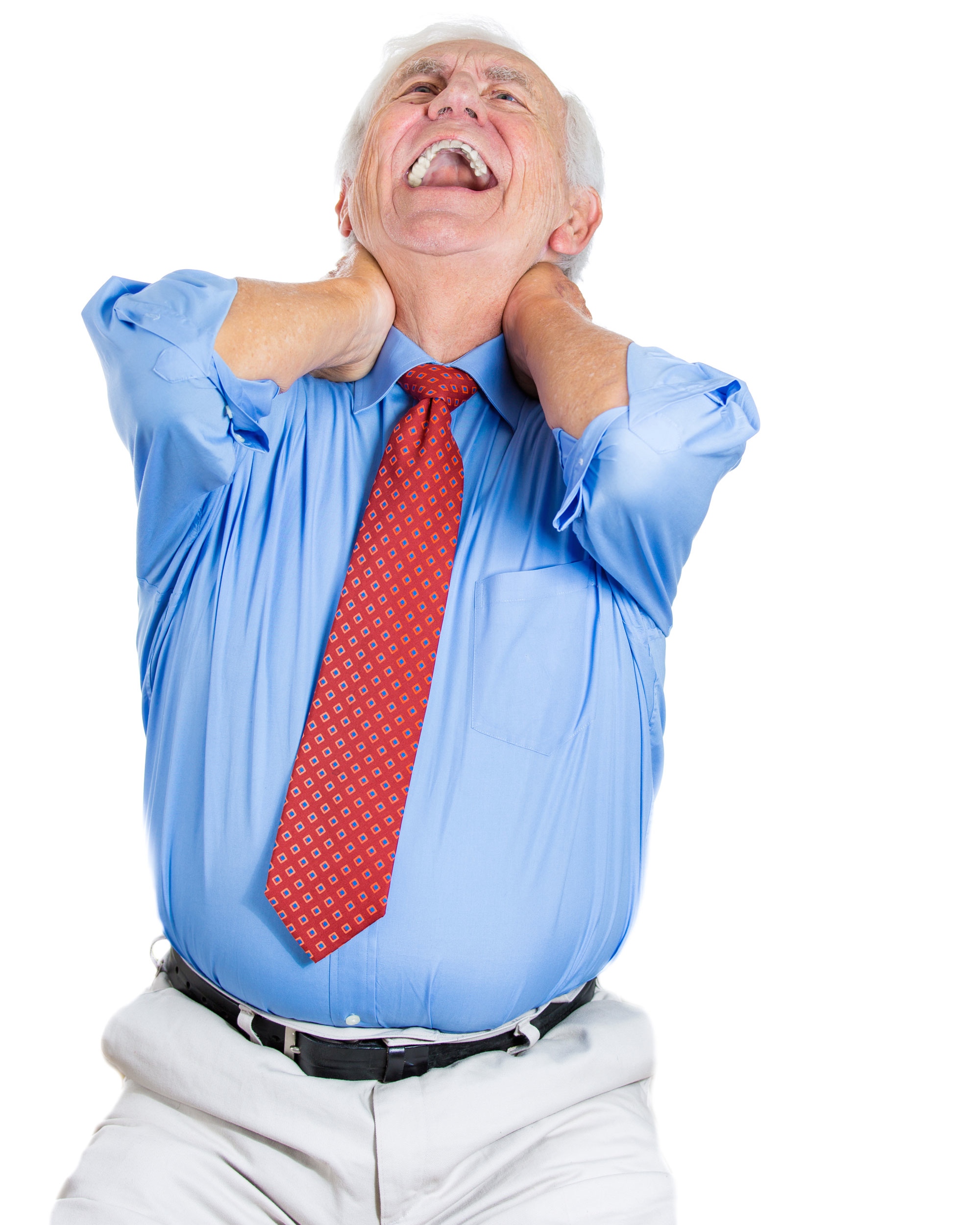 Surprisingly Fart Blanche is rarely taken advantage of by most people. Unless your over the age of 80 or on a remote island you’ll probably rarely, if ever, feel that you have the power to fart at will without consequence or embarrassment.

If you feel that way, this guide is for you.  We here at the Fart Institute are going to empower you by teaching you several techniques that will provide you with flexible, dynamic and endless capability.  You will learn to leverage Fart Blanche with a seemingly endless array of techniques that have been passed down from clever fartsters to other clever fartsters through the years.

The first group of techniques are the Masking Techniques.  Often called the Great Fart Swindle, masking techniques involve farting in coordination with others around you so that blame falls squarely on their shoulders.

By no means did I invent these techniques.  Many of you more clever types have probably stumbled across these and used this yourselves.    Masking techniques enable Fart Blanche through a variety of ways.

Swindle #1 The Pile On Method

A friend farts.  They say, “Sorry I farted” and being the opportunistic person you are, you release your fart silently to take advantage of the brief window of time in which they will be blamed.  Your friend is none the wiser but you essentially doubled down on his fart and he will get blamed for the both farts.  Surprisingly the double potency of the fart might surprise them but they will be clueless about it.

Similar to “the pile on”, however you use your friends dog as the pawn in your Fart Blanche.  Dogs fart quite a bit (particularly larger dogs).  The Double Dog isn’t fail safe however since smart dog owners can tell the difference between their own dogs farts and even other dog farts.  Masking a human fart with a dog fart should only be used in emergency situations.

The Bad Baby technique has been used by parents for years and is quite common.  Since babies poop frequently, an opportunistic parent – typically the father – will fart and blame it on the baby.     Contrary to what many people think, Fart Blanche, with a baby is not cruel, in fact babies do not even realize they are being blamed for their parents farts. 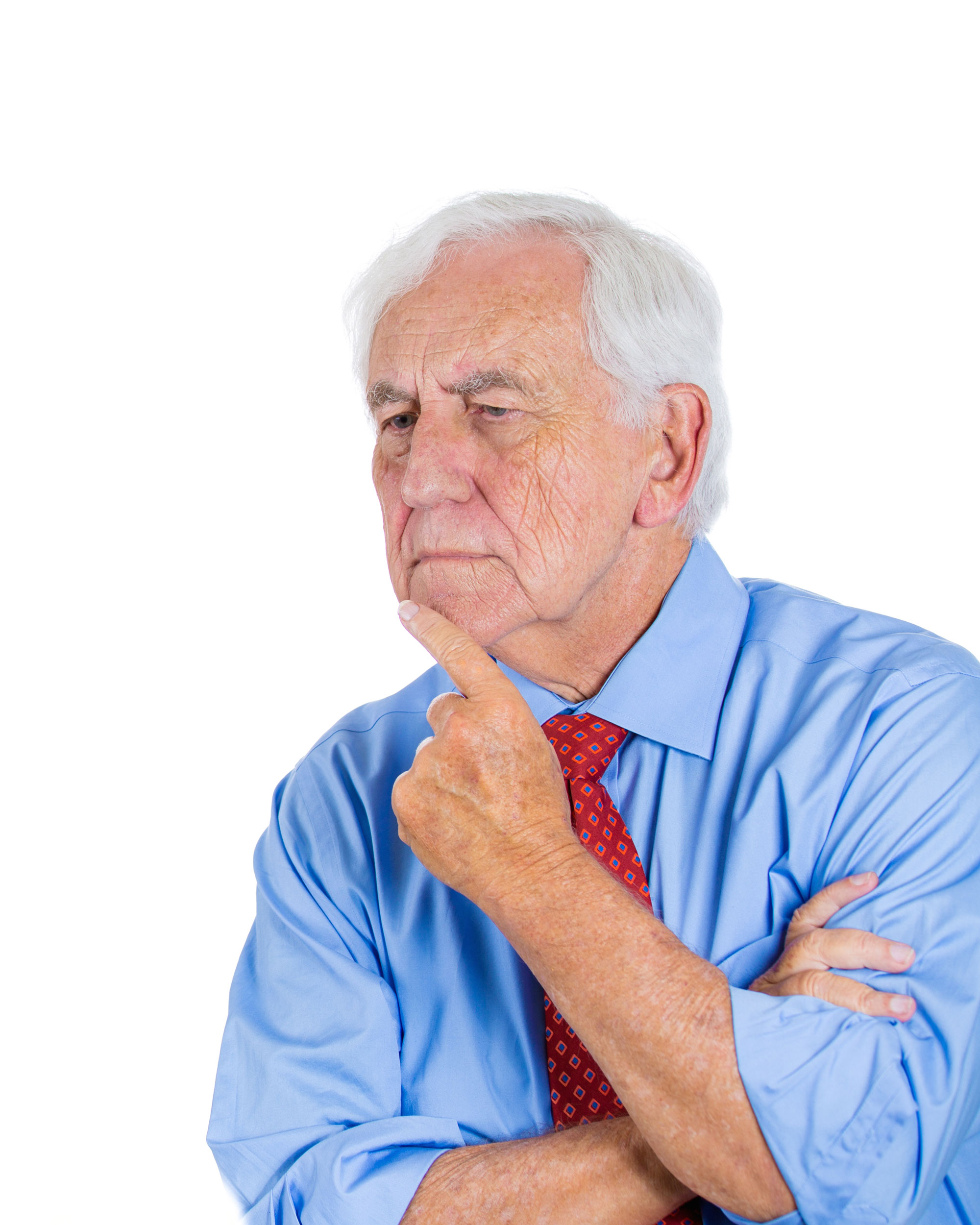 The greatest curators of Fart Blanche have used Mixologist techniques for years. Great Fart Mixologists are often so clever and so astute that people in close proximity to them might even exclaim “wow that smells great!” after they have farted.  How do they do it?  In theory, its quite simple.

The “Dinner is Served”

You’re at dinner.  The waiter delivers your plate of spaghetti.  You look down, examine it and exclaim “ wow it smells great”.  But little do you know that someone at the table cleverly farted at the precise time that they spaghetti arrived at the table.  By essentially “mixing” their fart with the strong scent of your spaghetti they were leveraging their power of Fart Blanche.  They Farted. You were none the wiser, in fact you unknowingly might have even liked it.

Western Cowboys  in the 1800’s developed a technique so fool proof that it has survived even to this very day.  The technique requires the mixologist to always carry a packet of Beef Jerky with them.  When they fart, they immediately tear open a package of beef jerky and begin offering it people around them.   By offering the beef jerky (perhaps even wafting the package around) bystanders believe that what they are smelling is beef jerky thus providing a offender with an effective smoke screen.

New York City is essentially awash in Fart Blanche activity thanks to the proliferation of sewer man holes that scatter the city.  The drill is so commonplace that frankly no one cares and virtually everyone participates – particularly in the summer months.   It works like this.  You walk by a sewer.  You Fart.  People behind you think its the sewer.  It’s a New York Classic.

Keep a pack close by for those times when you’re in a crunch. 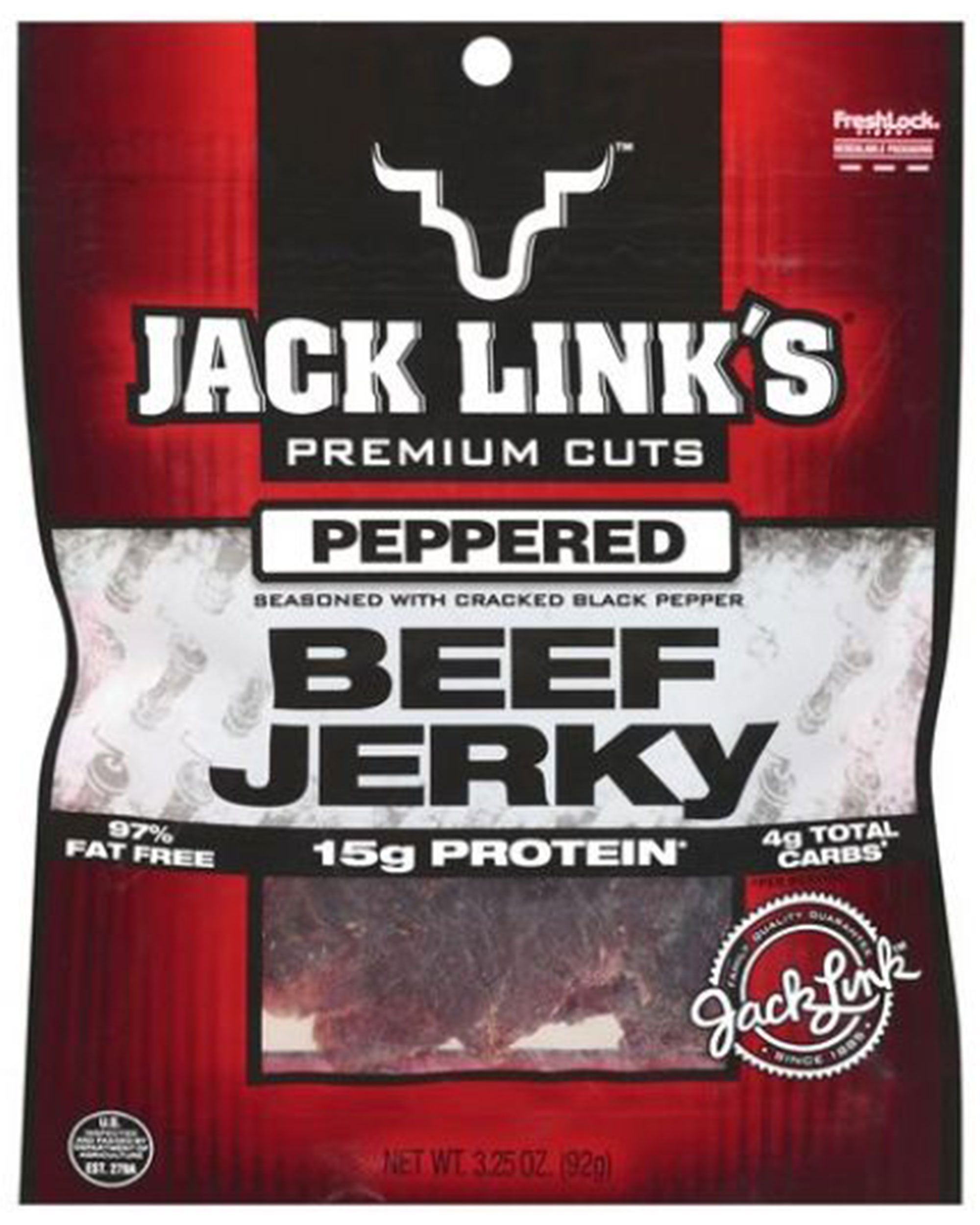 It doesn’t take a rocket scientist to understand that certain circumstances will provide automatic fart blanche.  These are not necessarily techniques as much as they are circumstances where you are free to fart without penalty.  You must train your mind to always be alert and to recognize these circumstances and then pounce on them like gas-filled hippo.

Let me give you some examples of common Fart Blanche opportunities;

Wind Speeds in excess of 75 miles per hour are highly conducive to fart blanche.   Your fart will be a quarter of a mile away in the blink of an eye.

A cyclone spins with such fury and speed that it will collect everything in its path and fling it sometimes miles away.  The bad news is that your house or car may blow away, but the good news is..so will your farts.

Perhaps you are seeing a trend here.  You’ve heard of storm watchers?  Soon, you will be looking for them too when you master these techniques.  Most natural disasters are not necessarily something anybody wants – anybody but you that is – Mr Fart Blanche Man. 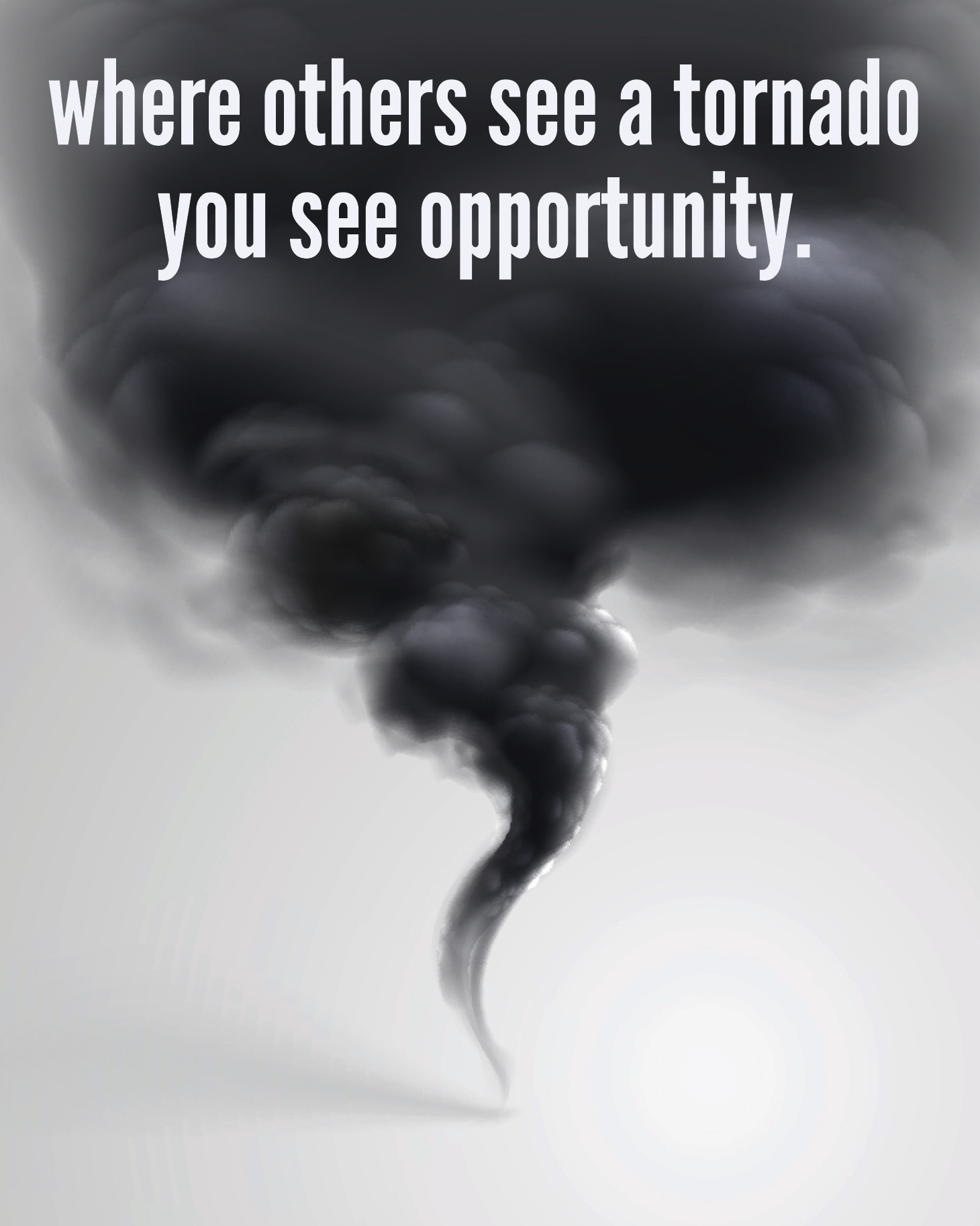 Face it, Fart Blanche is as much about knowing when to fart as it is knowing when to avoid farting.  Novices are prone to error when trying to achieve farting freedom and frankly that puts both themselves and those around them in potentially dangerous and uncomfortable situations.  Let me spell out some of the more common mistakes so you can avoid them.

Loud Noises Around You Do Not Give you Fart Blanche

We’ve all been there.  We’re in a loud room or at a party and think that because it’s so loud we can squeak one out and it won’t be noticed.  The fact is that this is simply not the case.  Finger pointing, blaming and outright hostility ensues as those around you attempt to cast blame on everyone for the fart.  You achieved nothing.  The party is ruined.

You Do Not Have Fart Blanche on an Airplane

I don’t know if it is the altitude or the misconception that airplane seat cushions have some sort of magical capability to turn farts into air freshening scent but everyone on a plane thinks that they have fart blanche.  Again, nothing could be further from the truth so avoid it.

People run. People Fart.  People Fart when they run. It happens.  I get it.  Just don’t think it gives you Fart Blanche, particularly in a crowded gym.

You have Fart Blanche at the Top of a RollerCoaster, but never the bottom

RollerCoasters are tricky.  It’s never a pure 100% Fart Blanche opportunity.  Yes you have it on the top and while you are diving down the tracks.  No, you do not have it when you are at the bottom and chugging up the tracks.  Remember – heat rises. 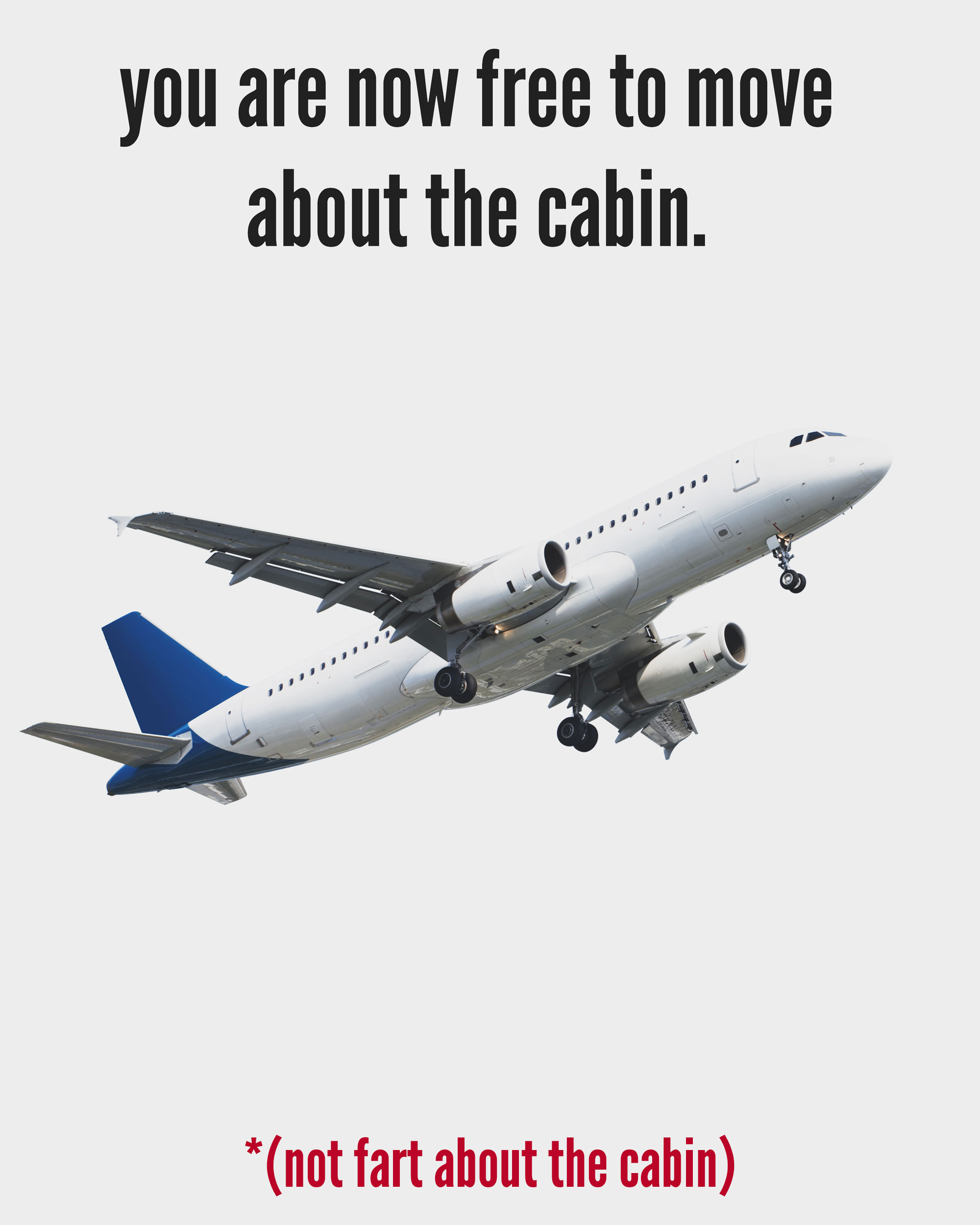 Step 5 – Learn a Few Basic Recovery Techniques to Avoid Detection and Getting Branded a careless “Fartster”.

This is a fact.  Once a fartster, always a fartster.  That is to say, once the cat is out of the bag and someone has determined you have farted, then you will always be blamed for every fart thereafter.  As such, avoiding detection whenever possible is highly advisable.  Here are some common and quite effective detection avoidance techniques.

The “Dirk and Dash”

A friend of mine, Dirk Anderson,  popularized this technique years ago and it is a pretty incredible fart-recovery technique.   If you fart (either on purpose or in error) you will have a matter of seconds to act before detection.  Dirk’s method involved quickly blaming someone else for farting and then quickly leaving the room in utter disgust.  The Dirk and Dash simply involves blaming someone and then leaving them holding the bag.

Eoin Blue (One of the Great Fart Swindlers of All Time), introduced an oft-used technique that has quite a bit of merit.  If you launch an audible fart, you merely put your lips together, blow and make a motor boat sound.  Most people will have trouble distinguishing the fart and the motor boat sound and will assume you were just motor boating around.  Ironically, they might even motor boat around with you for awhile.

Vinyl chairs (and some leather and plastic chairs) have built in fart recovery systems which might come as a welcome relief.  If you fart, you merely shift in your chair.  When you shift the rubbing on vinyl sounds like a fart.  You fooled everyone.

When all else fails and you simply cannot create a distraction or avoid being blamed you’ll need to resort to denial phase.  Inevitably, everyone at some point in their life, will be blamed for a fart.  The difference between a careless fartster and a professional is in the ability to effectively and persistently deny the fart.  Here at the Fart Institute we have a little saying and that is, ” You need to really know the right time to admit guilt for farting.  And that time is never”. 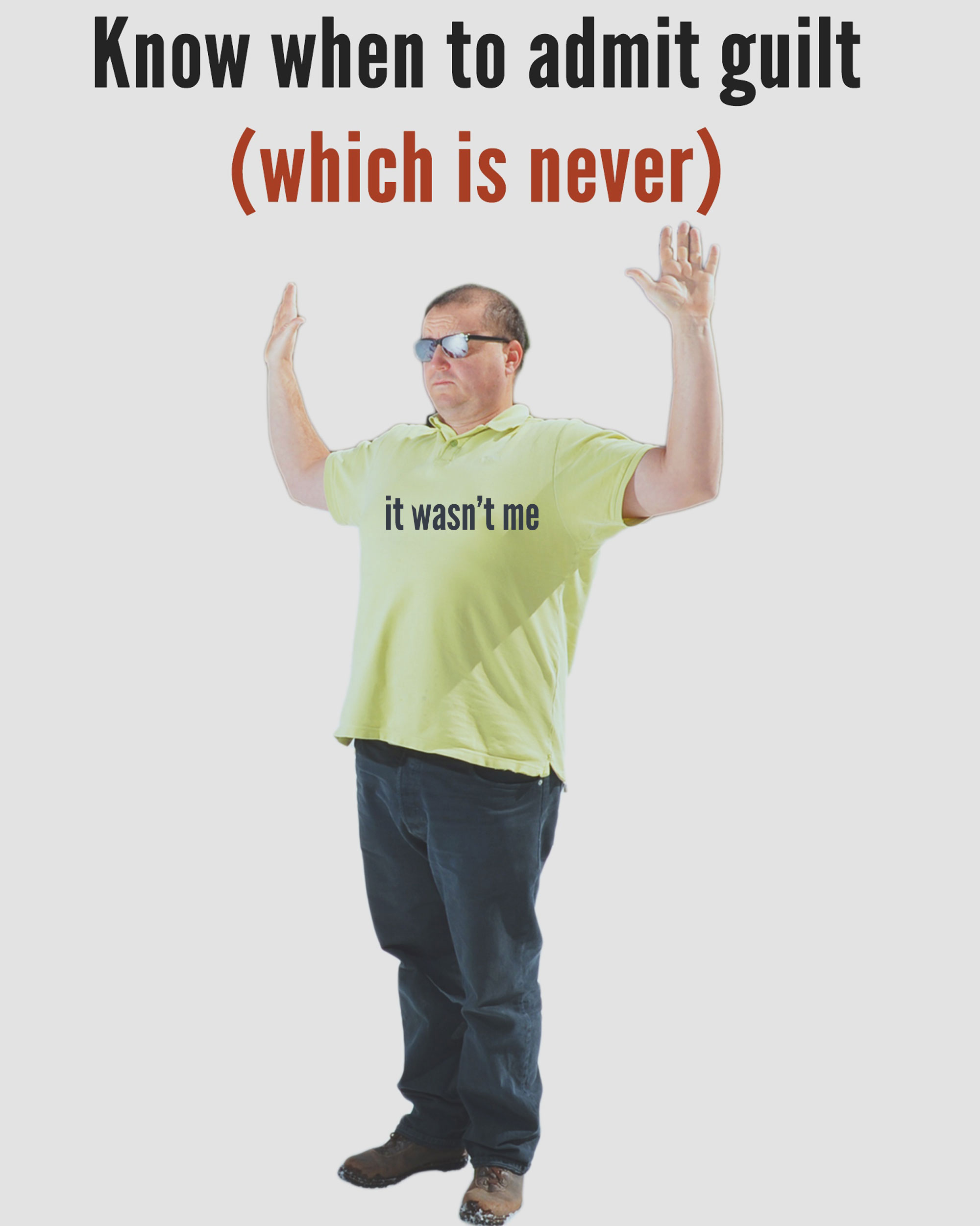 What do you think?

What do you think?  Do you think you can achieve true Fart Blanche?  Do you have any methods of your own that we here at the Fart Institute should consider? We’d love to hear from you. Drop us an email.