A Visit to Toronto

Tu and I just got back from our visit to Toronto.  I had spent almost a full year in Toronto back in 1999 on a work related project and so I know the city pretty well.

The weather was nice and the last bits of fall still remained.  By the time we left, snow was to fall the very next day.   Winters can be brutal in Toronto with the temperature falling to -40 with wind chill (and that is bone chilling cold)

The last bits of fall in Toronto before the bone chilling winter begins. 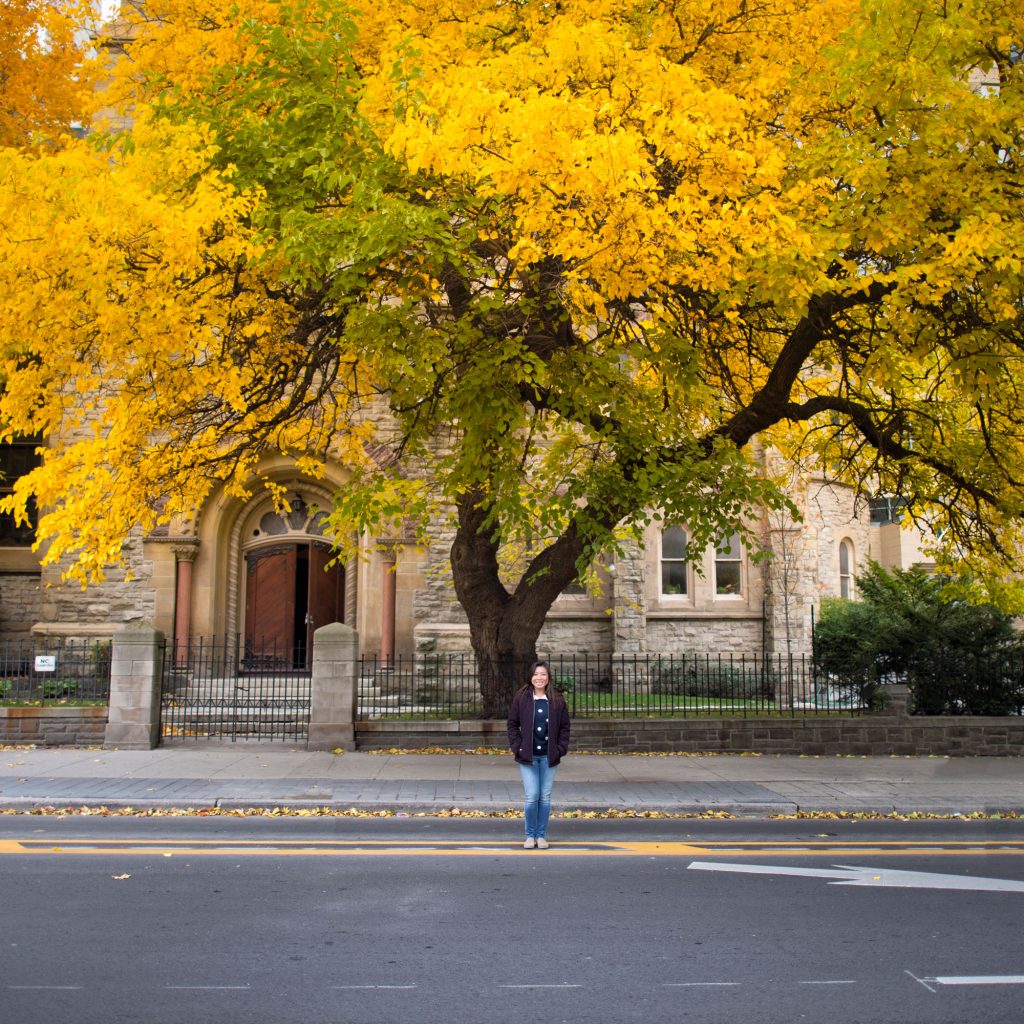 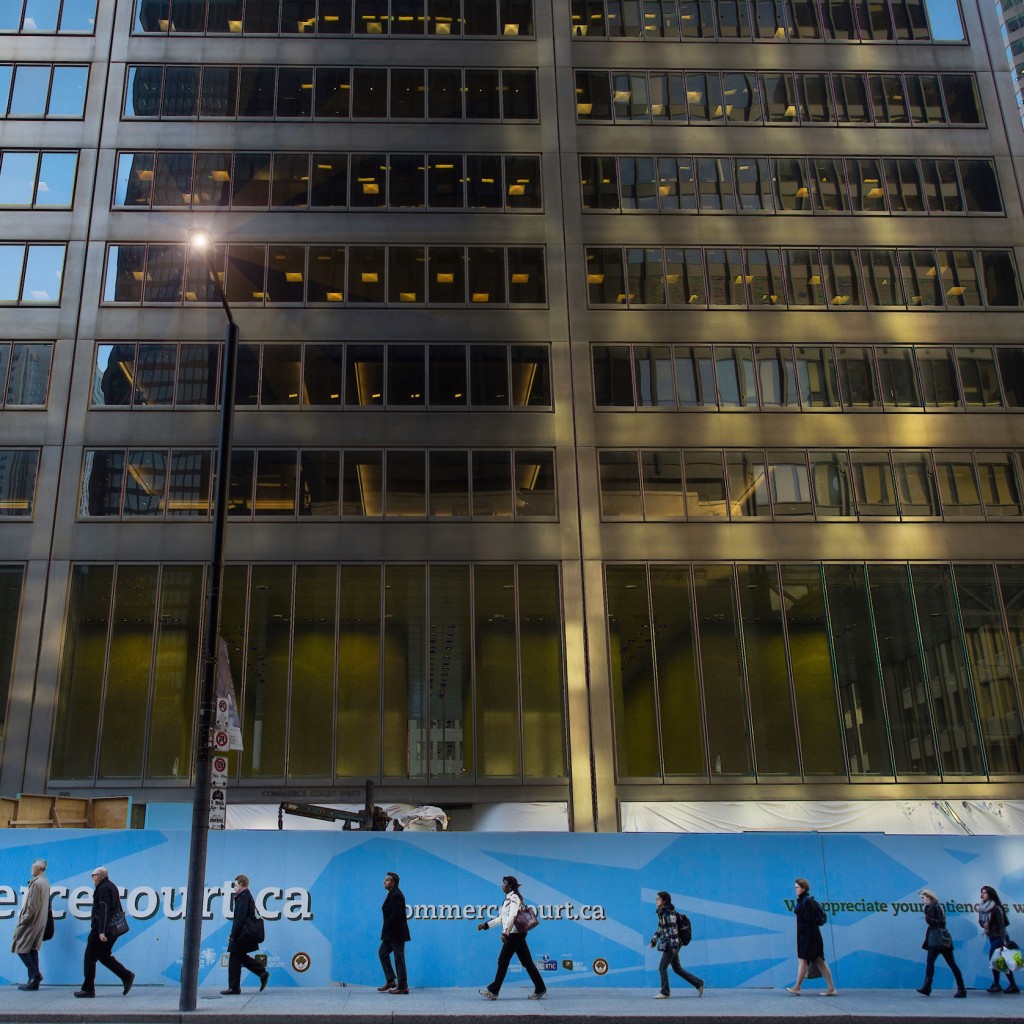 One of my favorite parts of Toronto is Tim Horton’s Donuts.  They are basically the Dunkin Donuts of Canada except they have great donuts and the coffee is stronger and more European style.  Did you know that Tim Horton’s bought Burger King? 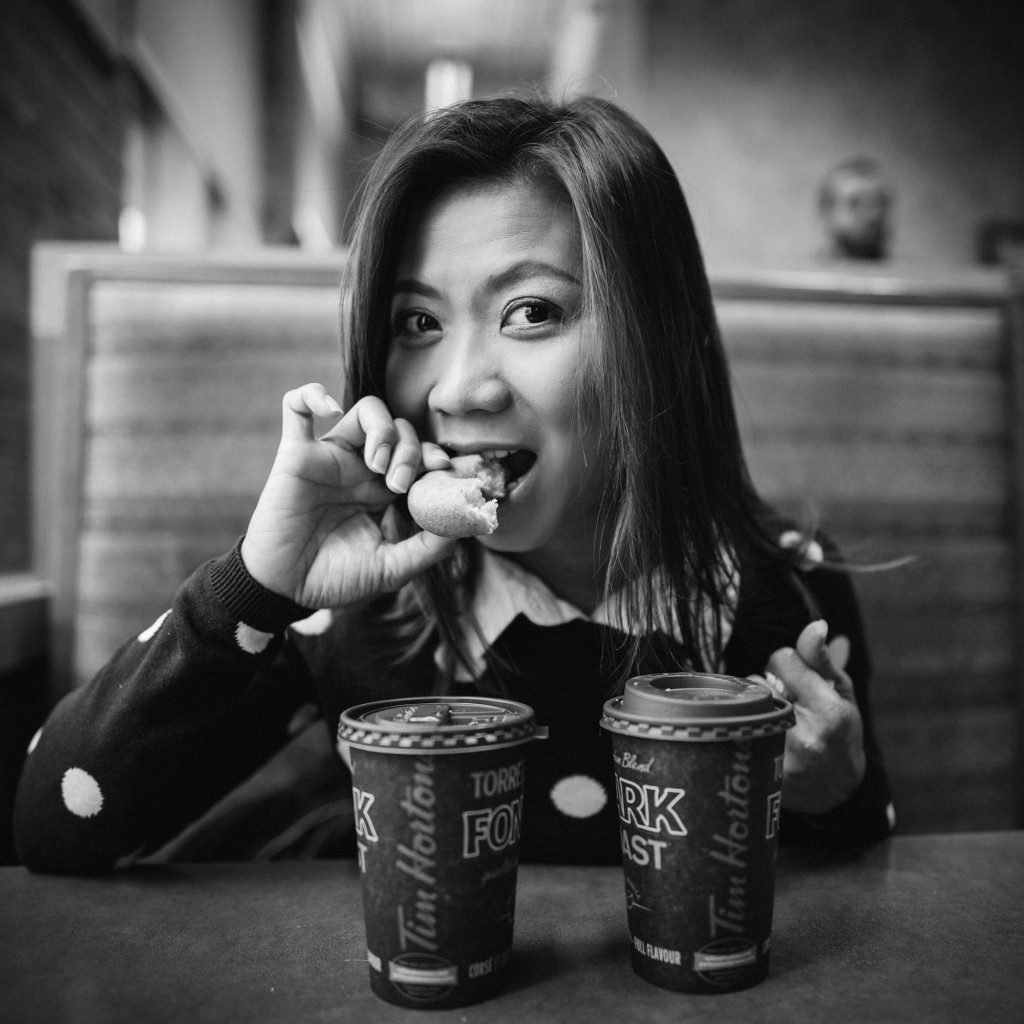 There is a restaurant called Frank in the city.  It is not my restaurant silly goose.  But here I am pretending that it is.  We didn’t go inside because it looked to chic for us and we don’t like Chic restaurants. 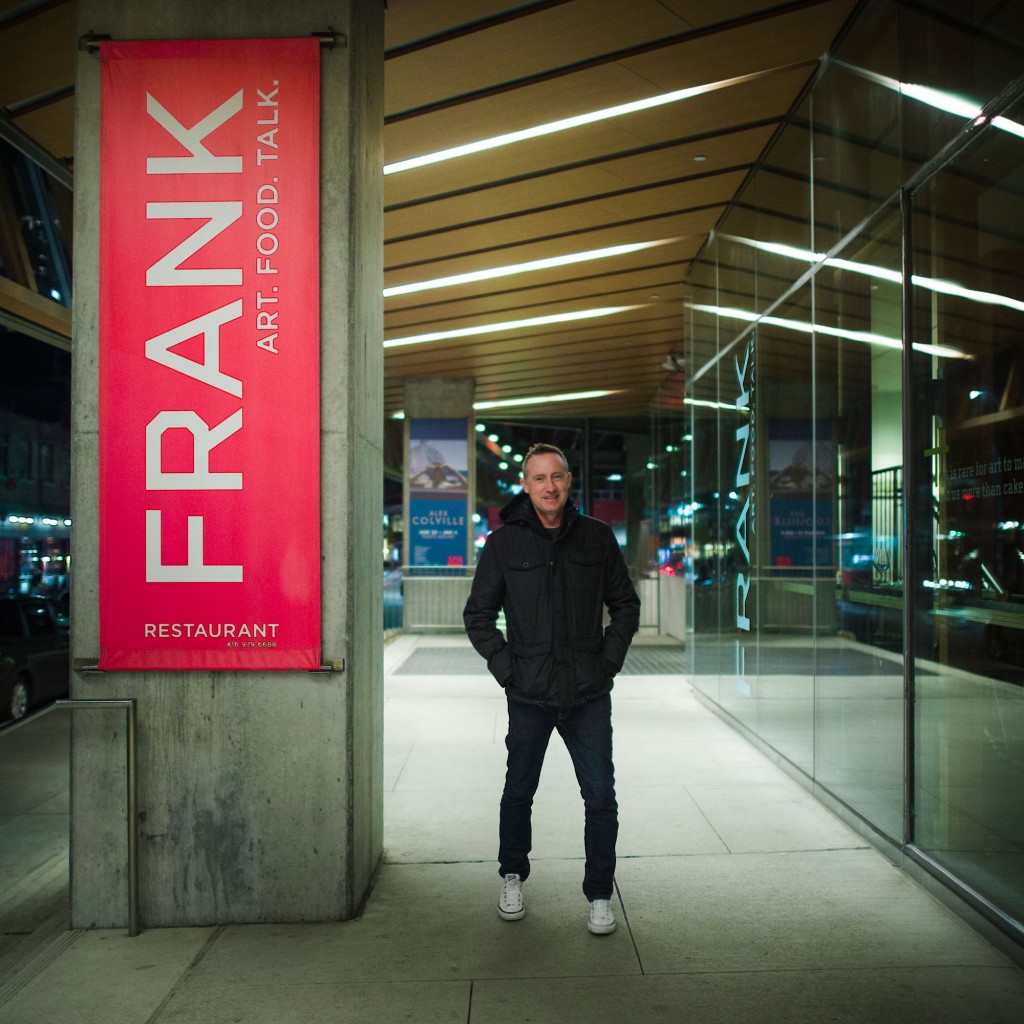 The most iconic and famous thing about Toronto is the CN Tower.  The CN Tower was built for $63 million dollars back in the 1970’s.  That’s improbable in today’s standards where the same structure would probably run in the hundreds if not zillions or even billions of dollars.   I used to joke with the company that I was working with at the time that the fraud savings we accumulated over the year (about 63mm) was enough to build the CN Tower. 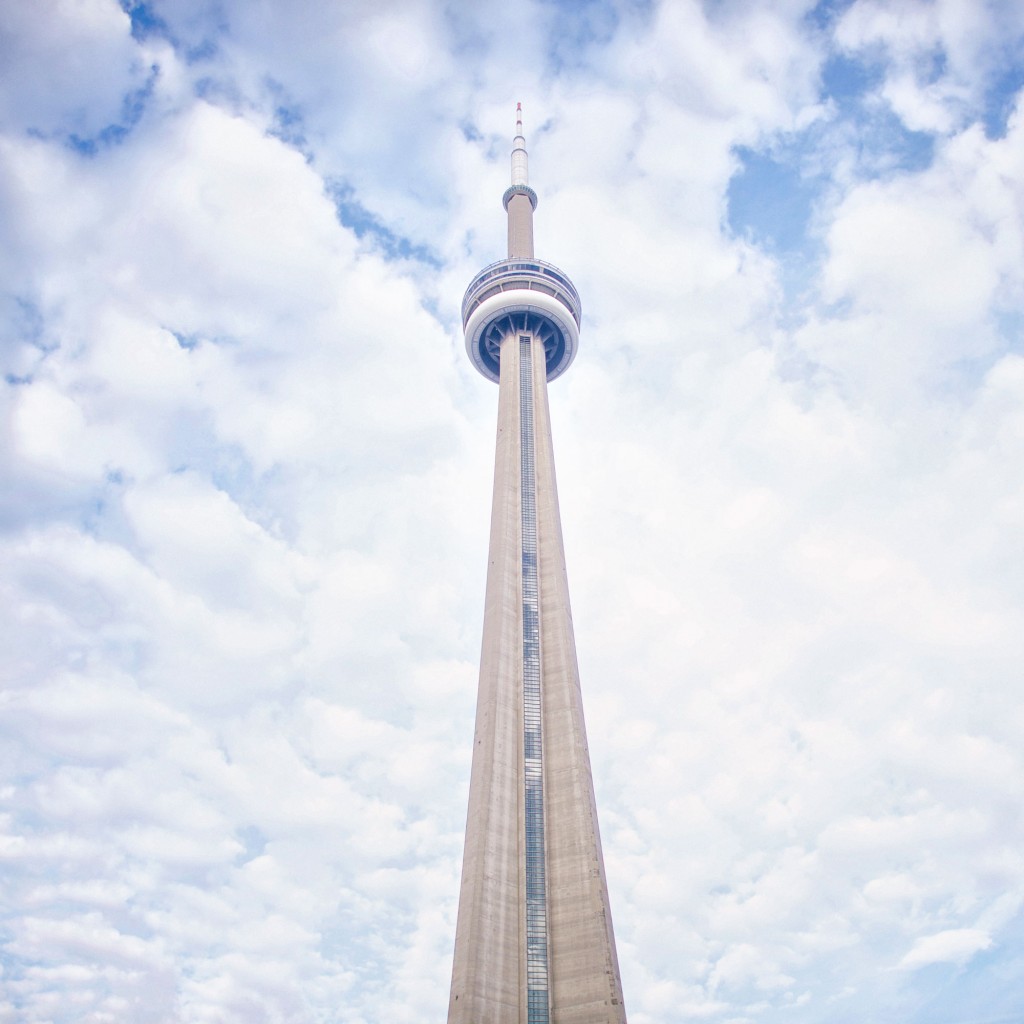 Tu is a big fan of pigeons. They call her the pigeon whisperer because she understand them and can instruct them to do things.  One day she will use this super power to take over the world.  The pigeons will be her minions of destruction.  For the moment however she will continue to foster a loving and parental-like nature. 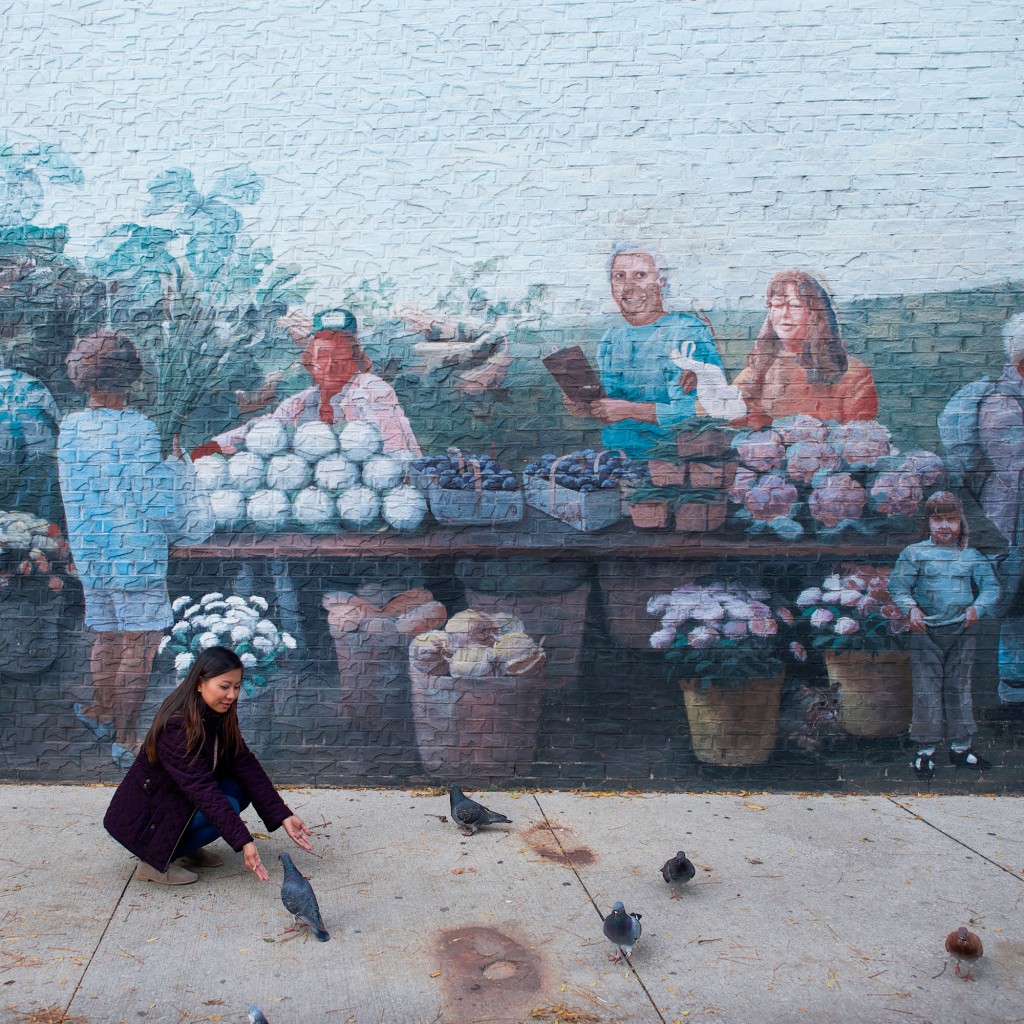 I liked these little buses in Toronto.  They were actually trolleys and they would get you all over the city.   These remind me of something a grandpa would be driving and he would say, Hop Aboard Son. 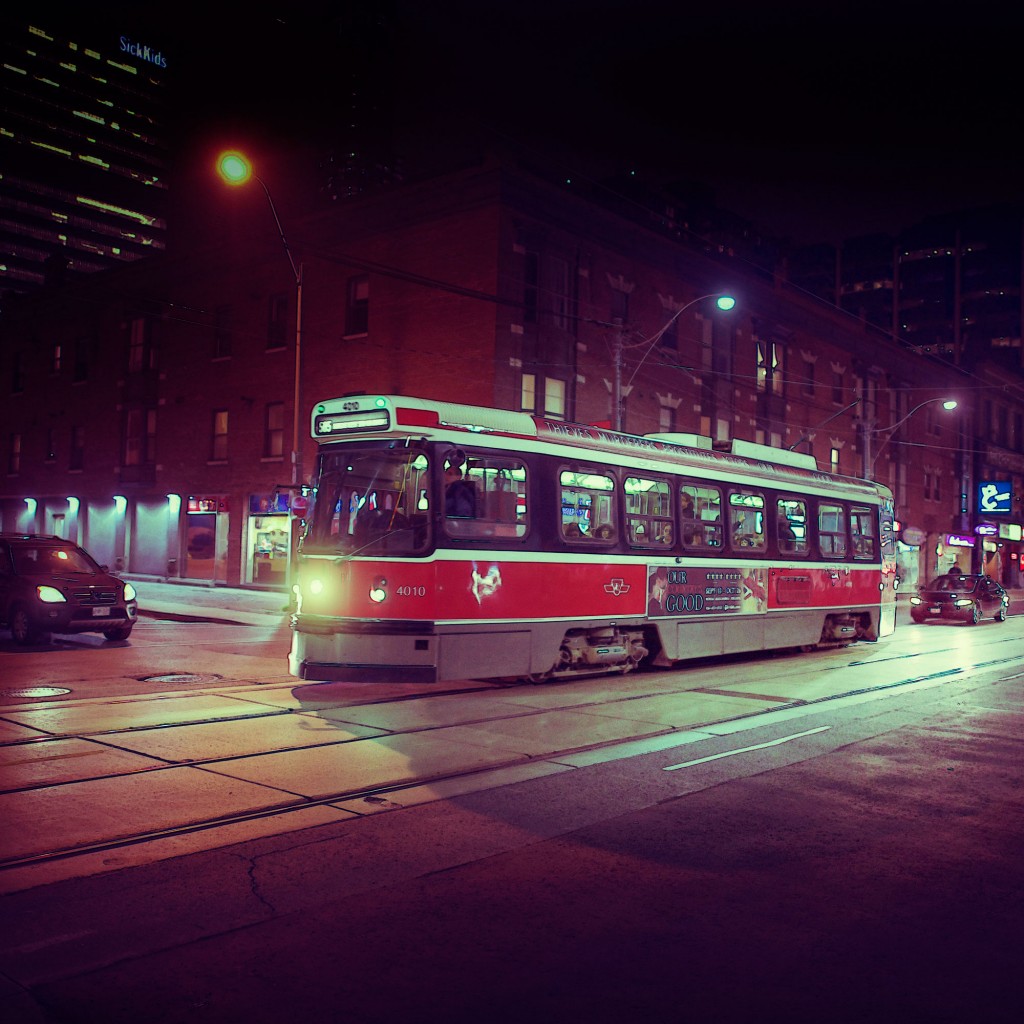 Did I mention that Tu was the pigeon whisperer.  Here she is riling them up.  She likes a very unpredictable approach when training the pigeons.  One moment calming them down, the next moment causing havoc. 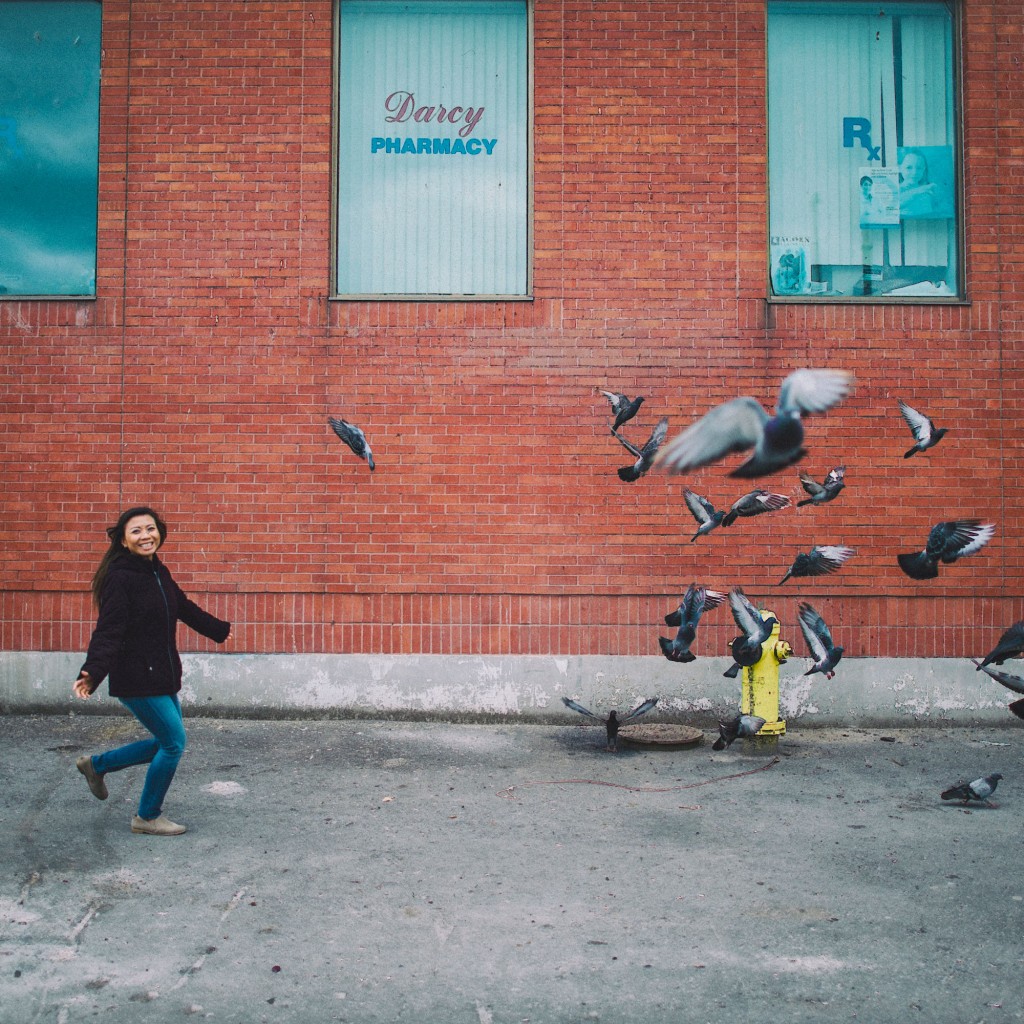 There is a neat little train yard just at the foot of the CN Tower.  They actually let you board stream trains and poke around  bit.  We had a great time playing around on those trains and here is Tu with her trusty iPhone.  Did you know that last month Tu sent over 3,000 text messages? 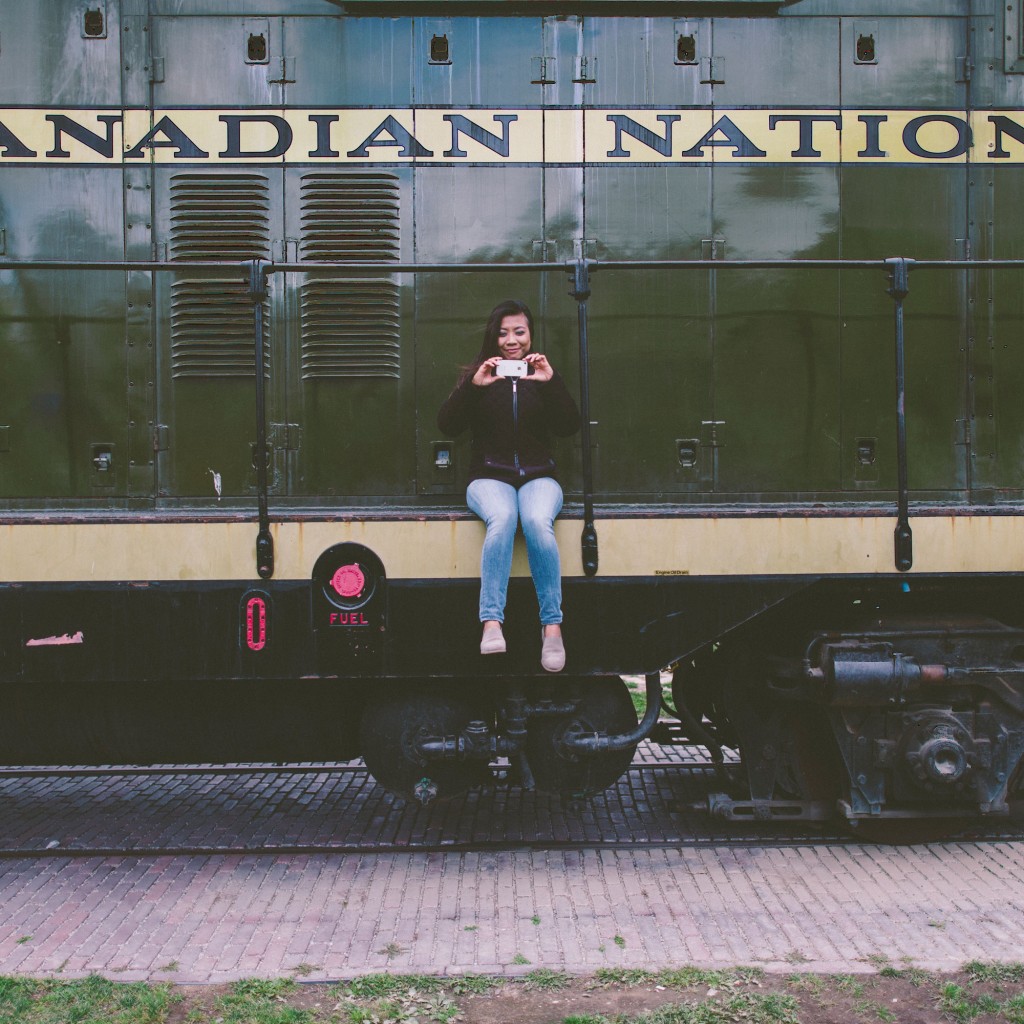 This rough and tumble vagrant was spotted wandering down ghetto streets.  I wonder if this homeless chap has enough to eat or if he is warm enough.  I gave him $2 and he thanked me. 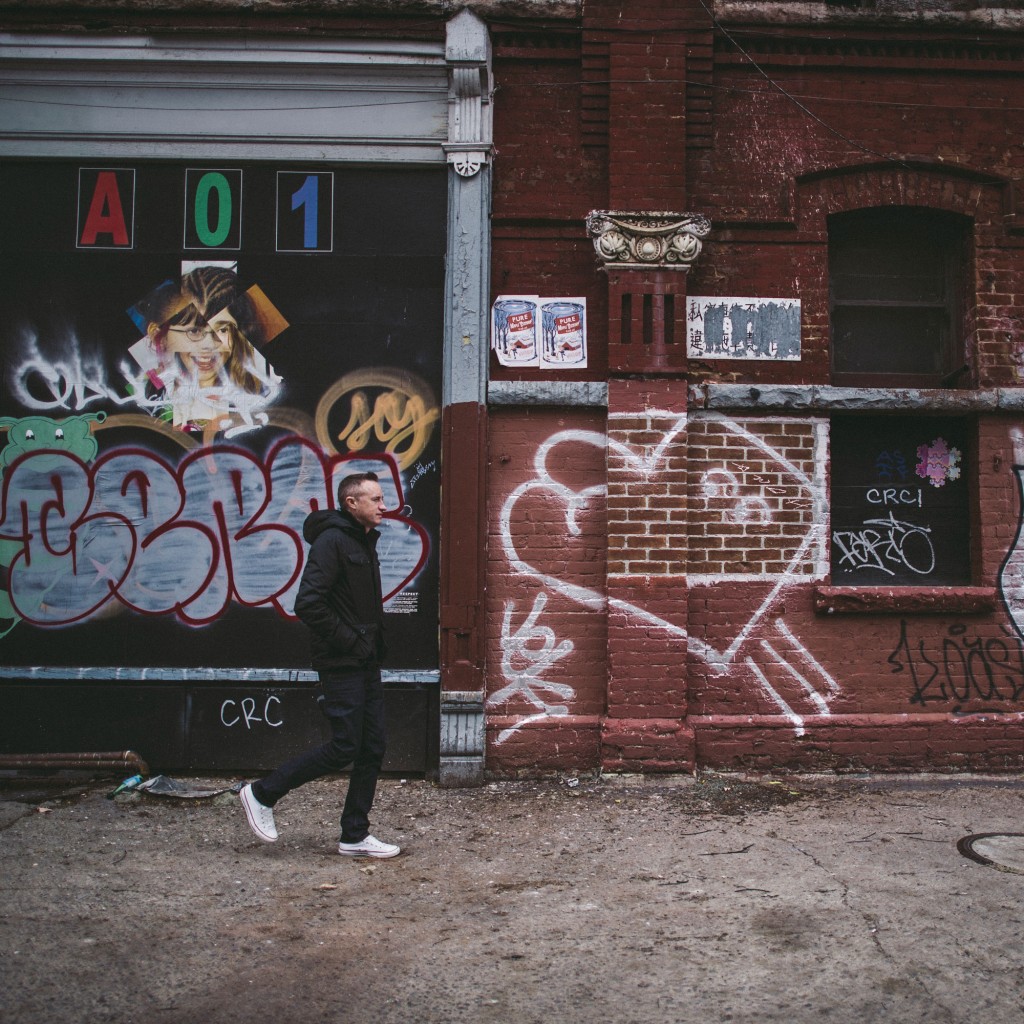 And here is a sweet little shot of a beautiful lady sitting serenely under a lamp, looking up at the lamp wondering where her beloved pigeons are.  She realized later that pigeons sleep at night. 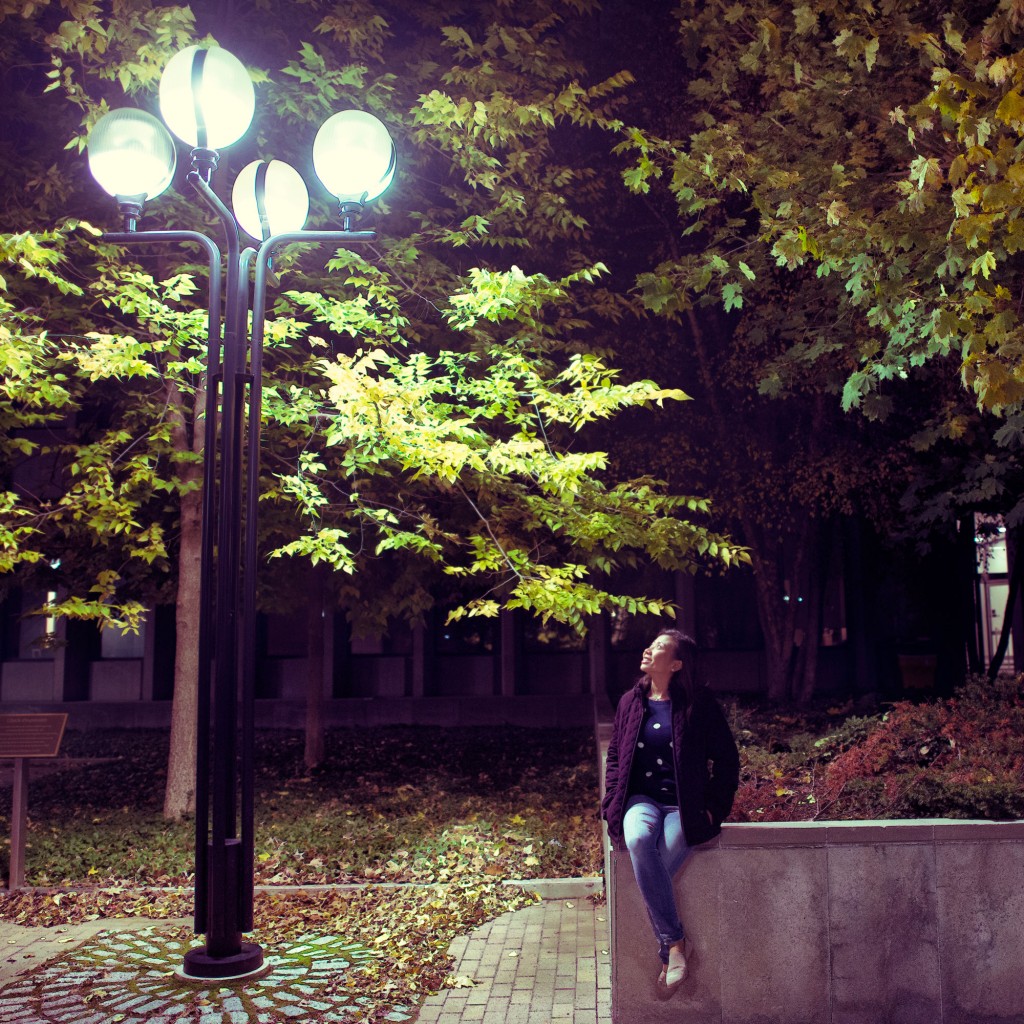 Thanks for the memories Toronto.  We love your city. 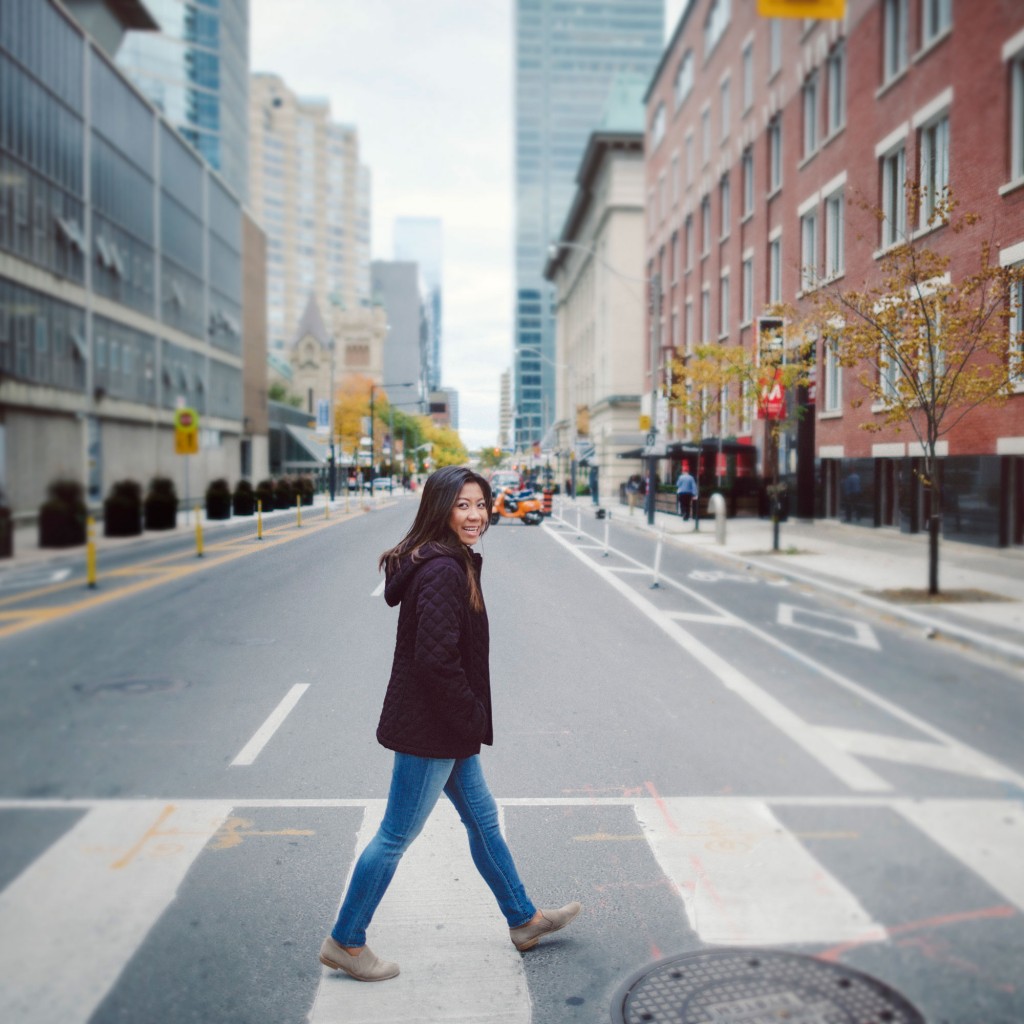