My So Called Loco Life 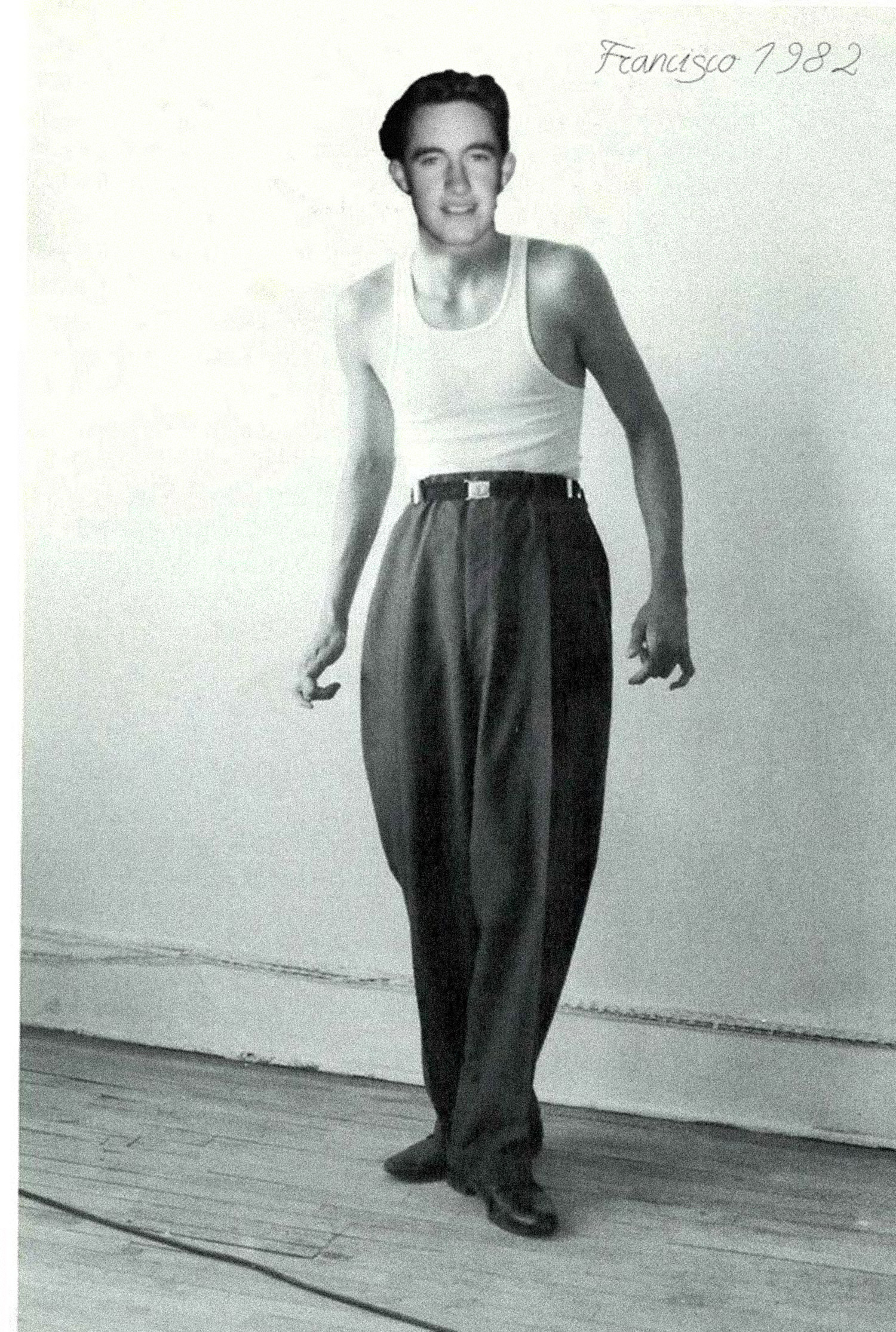 Not many people know I took up vato gang banging shortly after I turned 16.  I was born in Chula Vista so naturally most of my friends were hispanic and I was generally pretty familiar with the cholo scene.  In High School I used to roll in Low Riders and such with a friend named Frank Willis as he was part of the infamous “International” Car Club.

Frank Willis used to walk with a limp like he was shot but that was just for effect.  He wasn’t really shot but I used to imitate his walk because I thought it looked cool.

I’d always considered myself 50% Mexican and at one point when I was 7 thought my real name was Francisco.  One teacher asked me, “why are you writing “Francisco McKenna on your papers now?” 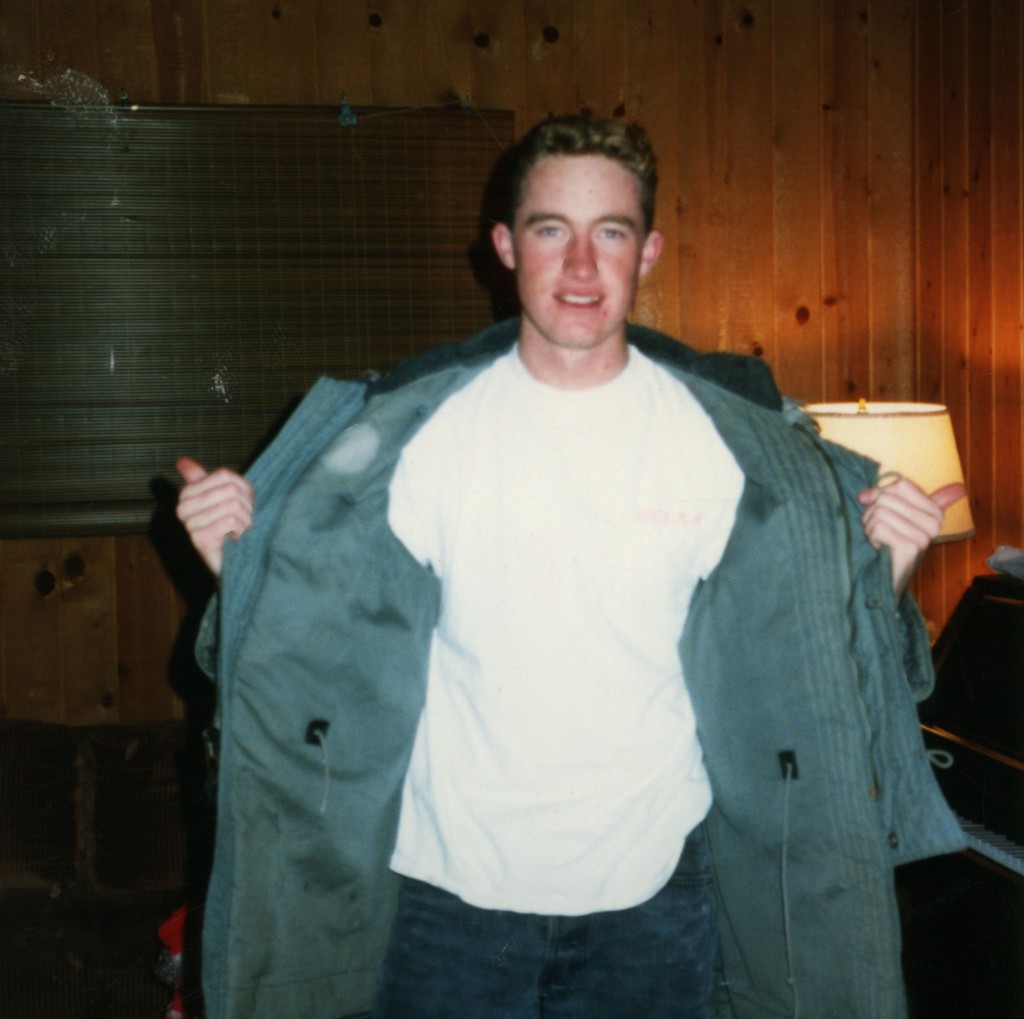 Anyway, the whole vato thing started with a guy named Ray Mendoza.  Ray was a cholo from Hayward California and used to write big “A’s” in cholo writing on everything.  The cholo  “A” in old letters was meant to stand for “A Street Hayward” – which was a pretty notorious vato gang located near Oakland California.

Ray made some cool hand signs, wore a hair net, khakis and white tank top.  He used to iron the hell out of the khakis every morning cause he wanted that crease sharp as a knife.  I really admired him.  I wanted to iron my clothes too but I was too lazy.

One day, Ray Mendoza bought a bag of tortilla chips and some La Victoria salsa and asked me if I wanted to go eat chips and salsa with him.  Never had it before so I agreed.  Next thing I know, Ray and I are dipping these nacho chips in some pretty spicy salsa and my mouth is on fire.

But I just keep dipping, like a fiend since I liked it so much.    Little did I know but apparently I was being groomed – groomed to become a gang banger. Once you start eating chips and salsa its a slippery slope to becoming a full fledged vato loco and I was about to find that out the hard way. 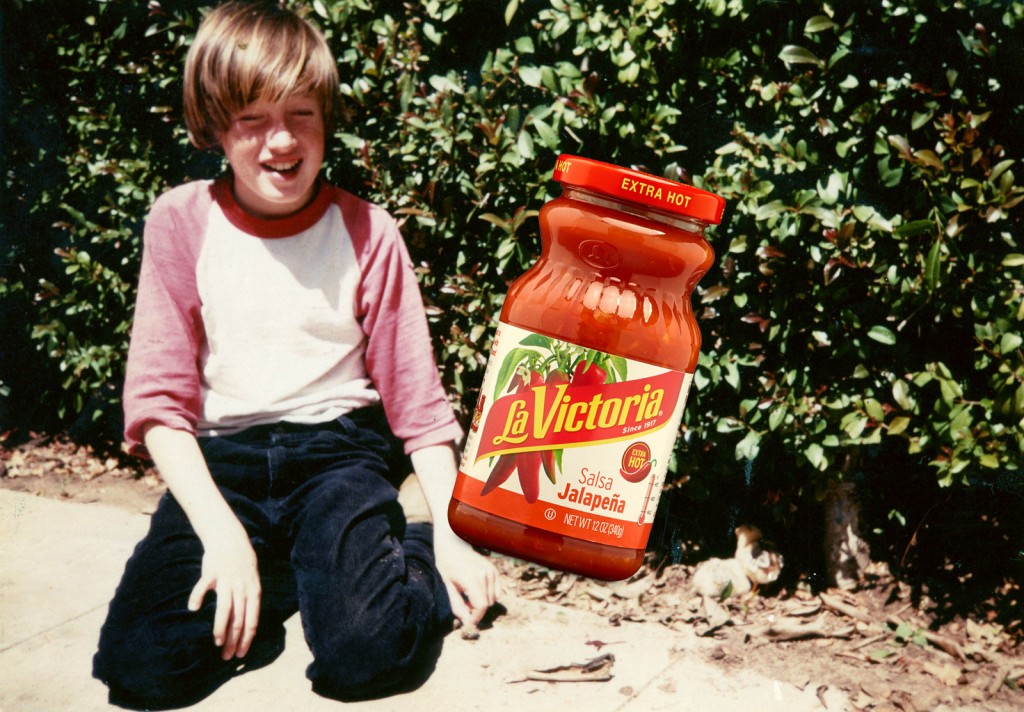 Days became weeks and Ray and I continued to head out to eat Chips and Salsa at least a couple of times a week.  He’d talk about A St Hayward and his life back home.  Ray started to introduce me to other cholos in school and pretty soon I was hanging out with them everyday.

Over time, I learned that the transplanted cholos in the school  from gangs all over California had decided to start up a new gang in Santa Barbara – they were called the Mission Boys.  And apparently, I was in the gang too.

I didn’t apply or anything, they just told me – your a Mission Boy Pancho  (thats another way to say Frank in Spanish).  It was easy as that – I was in a gang.  I kind of liked it. We ate Chips and Salsa. 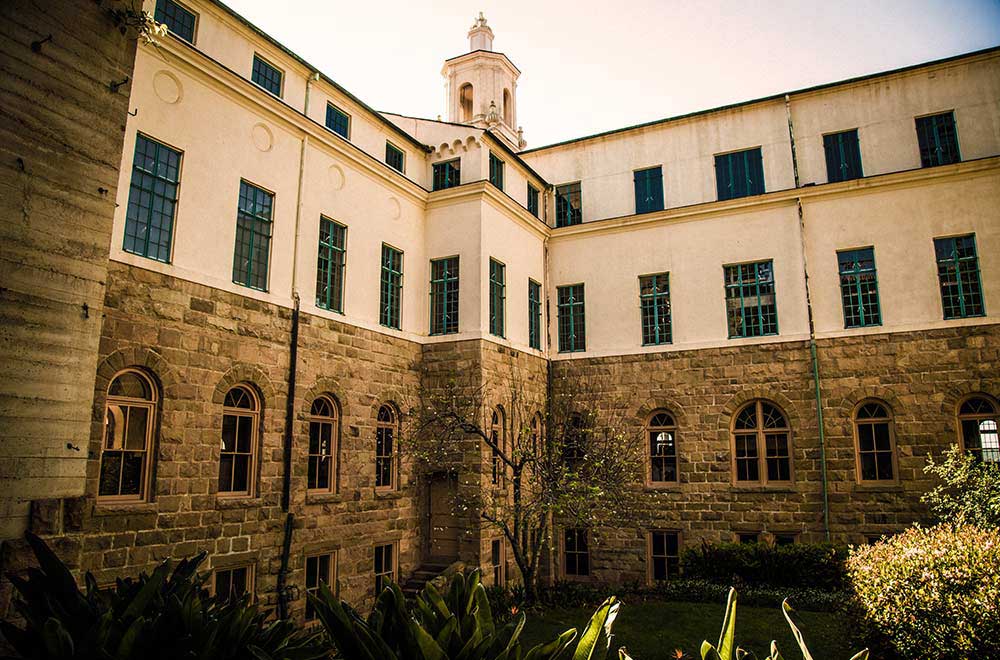 One Friday night I was in the hall watching the movies they brought in for the kids and all of sudden a commotion started and kids started to leave the room.  I was curious so I stepped outside and all the Cholo’s were going loco talking about how they’d been disrespected by another gang and this and that.  They were going to go out for vengeance and retribution.

A gang fight was about to begin and being a “Mission Boy” I could not let my homeys down.  We all ran outside and found sticks and started running out of the school grounds determined to protect our gang territory, our good name, our colors and our hood.

As we headed down the street running, something occurred to me.  I didn’t really want to be a vato or a gangbanger. I mean I love Chips and Salsa but this?  I am not even sure how I even ended up in a gang.  But here I was on my way to an all out gang fight with sticks.  I wasn’t mad.  Heck I was actually kind of happy go lucky running down the streets there.  I couldn’t muster an angry thought about the Mission Boys being disrespected in anyway.  And I particularly didn’t want to clobber anyone with a stick or worse yet take a stick to my own head.

I had nagging doubts about this whole vato thing so I started to slow my roll down quite a bit.  Pretty soon I was near the back of the pack and I stopped to pretend to tie my shoelace.  The guys kept running and then I was alone.  “That was close”, I said to myself and I threw the stick in the nearby bushes and walked back to the dorms.

I never turned out to be this guy, I realized then and there I was a chips and salsa vato not a fighting vato. 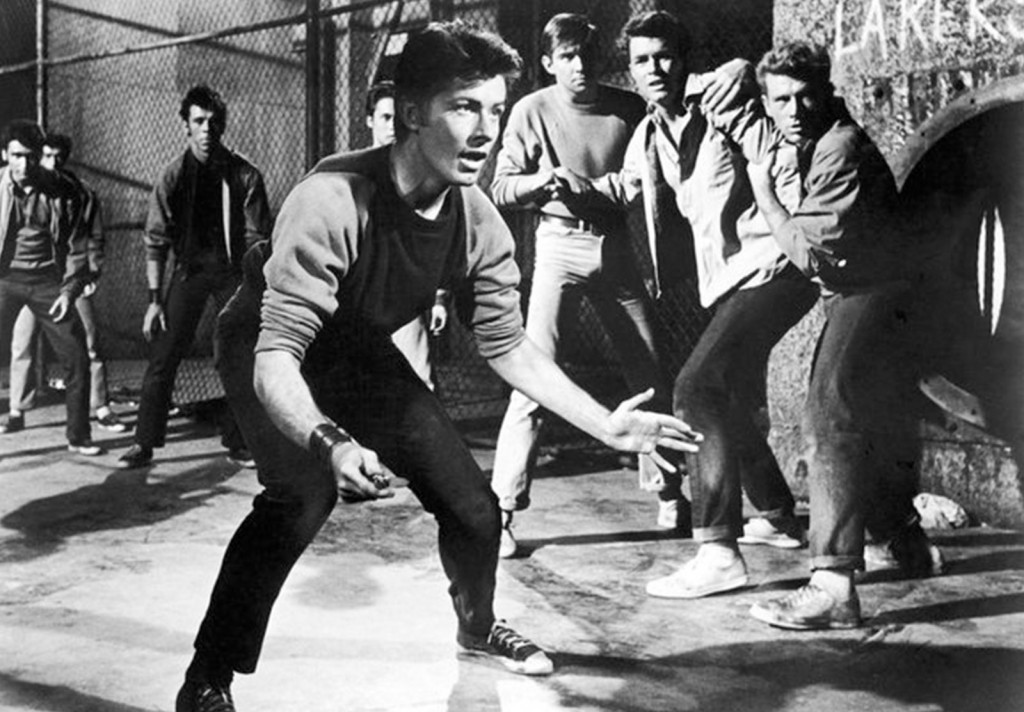 About an hour later everyone started filing back in the dorms full of excitement.  Some scrapes and bruises but otherwise everyone was ok.   I cruised over to a couple of the guys and was thinking how upset they were going to be that I abandoned the gang.

I started talking to them and it suddenly occurred to me that THEY HAD NO IDEA that I wasn’t in the fight  – in fact they thought I was there battling right along with them.  We shared war stories and I was all agreeable and conversational through it all. I could not believe my luck.  I retained my status in the Mission Boys and no one was none the wiser.

Still down with the crew (as long as it only involves chips and salsa, no fighting or illegal stuff) 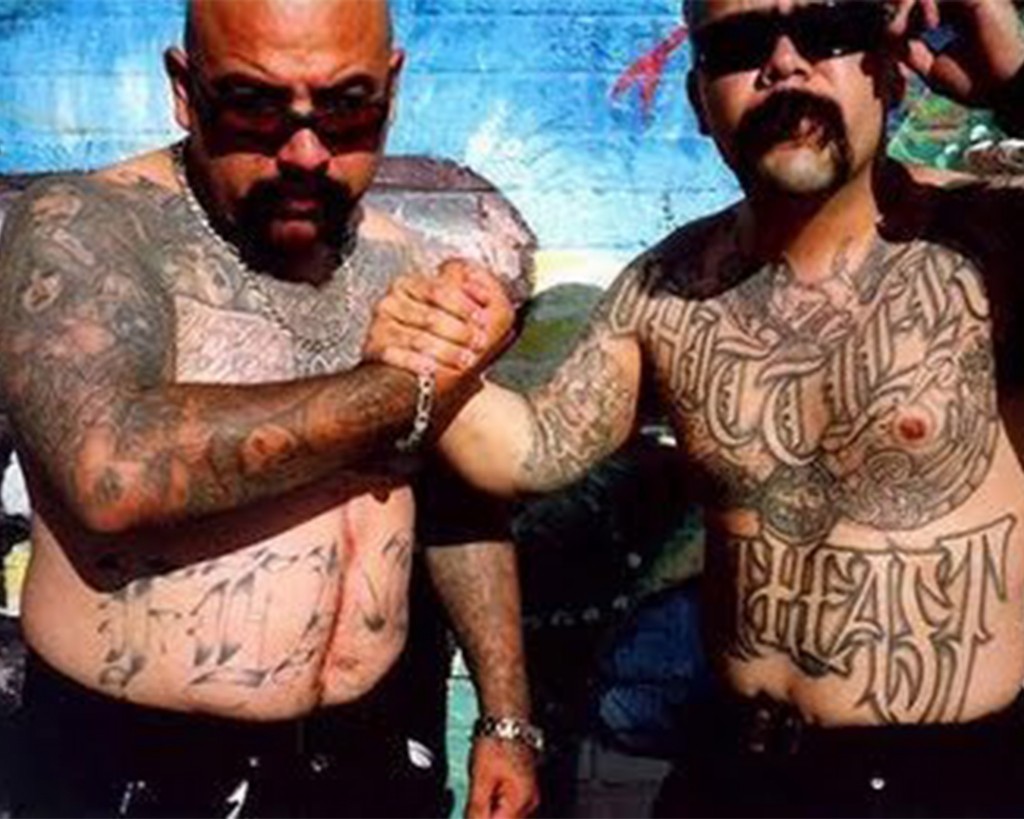 Chips and Salsa Vato til I Die Homes

Well needless to say, I started to distance myself a bit from my old gang banging homeys but I never lost my friendship with Ray.  In fact we kept going out a couple of times a week, buying a bag of chips and jar of La Victoria salsa.  I have some great memories with Ray and lots of laughs.  Those were great times.

I really enjoyed being a Chips and Salsa Vato and to this day still consider myself one. I never became a priest at that seminary by the way but I’m still chips and salsa lover, not a fighter.