Yesterday, was one of those trudge up the roller coaster to try to take a good photograph.  Tu and I, as we do drove around San Diego looking for interesting things.  I found some good places.  I took some good photographs of odd things in the seedy neighborhoods and along the San Diego docks.

When we got home.  I had heard that there were going to be some brilliant fireworks that would be shooting off at 9 pm along the waterfront in San Diego.  As part of the Summer Pops series in San Diego they light off fireworks when the concerts end, and since this was labor day weekend they were going to have a really nice show.

So we headed in the car and went to Centennial Park in Coronado.  It was a very nice night and surprisingly we had the beach almost to ourselves.  But we were an hour early so Tu sat on the blanket while I played around trying to get the composition just right so when the fireworks went off, I could just snap away.

As I was playing with the camera, I managed to delete all of the good pictures that I had taken earlier in the day.  I cursed myself.  You can never get those back.  So here I was at 9pm with nothing to show for the days work  (well it wasn’t really work, we had fun).

Well, I finally got the picture composition right after screwing everything up and took some fair pictures of the city against the still of the night.  Since I already have this picture from multiple other trips, I decided to turn it black and white.

A boring black and white shot of San Diego 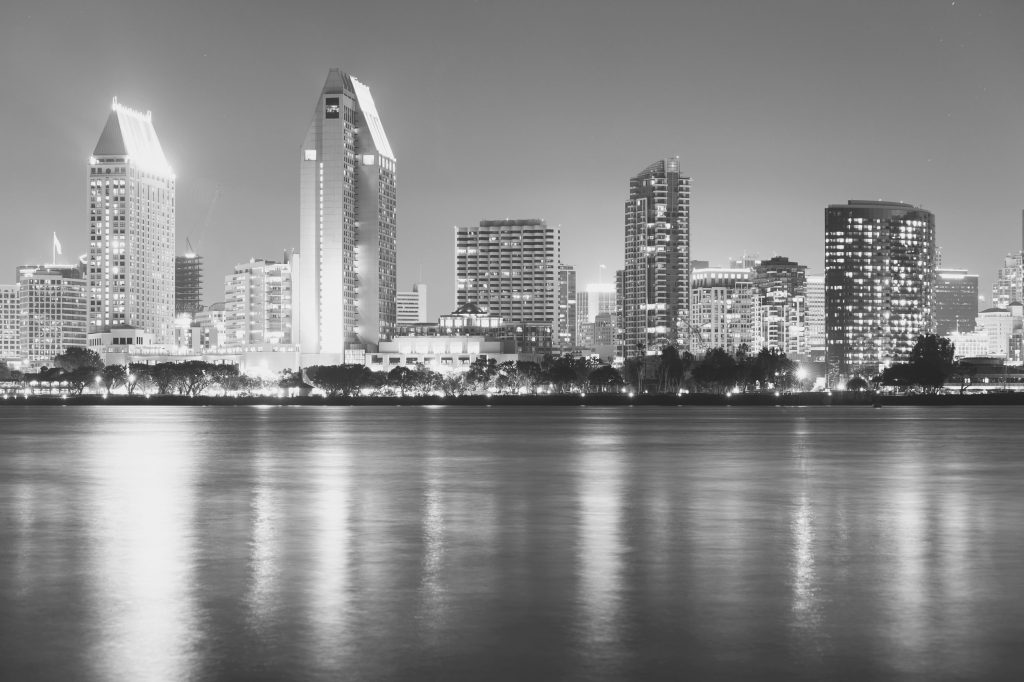 Then the fireworks started.  But they started not even close to where I had my camera setup on the Tripod.  So I had to move the camera about and in the process missed about half of the fireworks.  Then when I did get it setup, the camera was positioned too low and the pictures were coming out blurry.

Then the fireworks ended.  So after all day. I really had nothing to show for it.  That’s ok though.  Tu had salvaged the affair by FaceTiming the firework show to all her nieces and nephews in Vietnam.  They were screaming with delight watching the fireworks 6,000 miles away.  Now that made it all worth it.  Time for her to share something, a part of her life with her family.

Well the Daily Grind can sometimes give you the best moments of all.  This is Tu waiting on the blanket, FaceTiming her nieces as I fumble with my camera deleting good pictures and replacing them with bad ones. 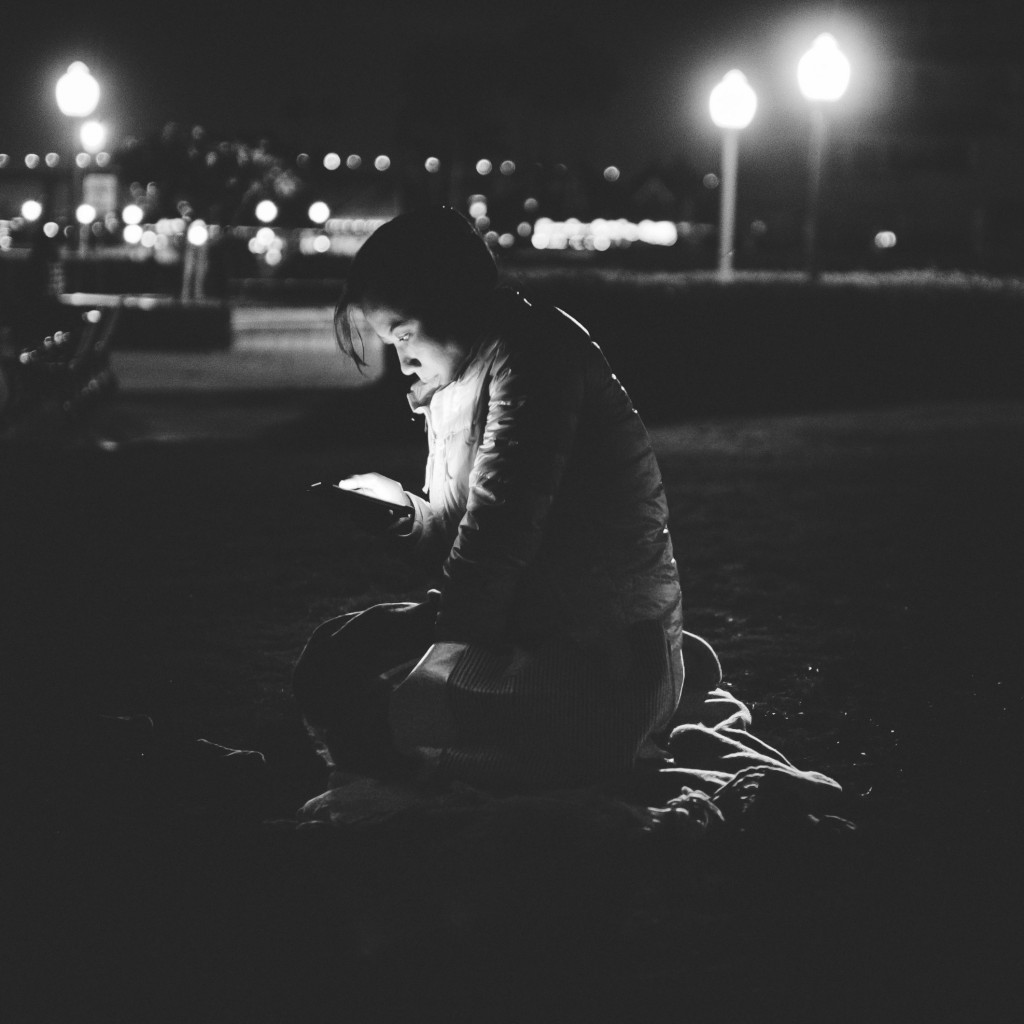