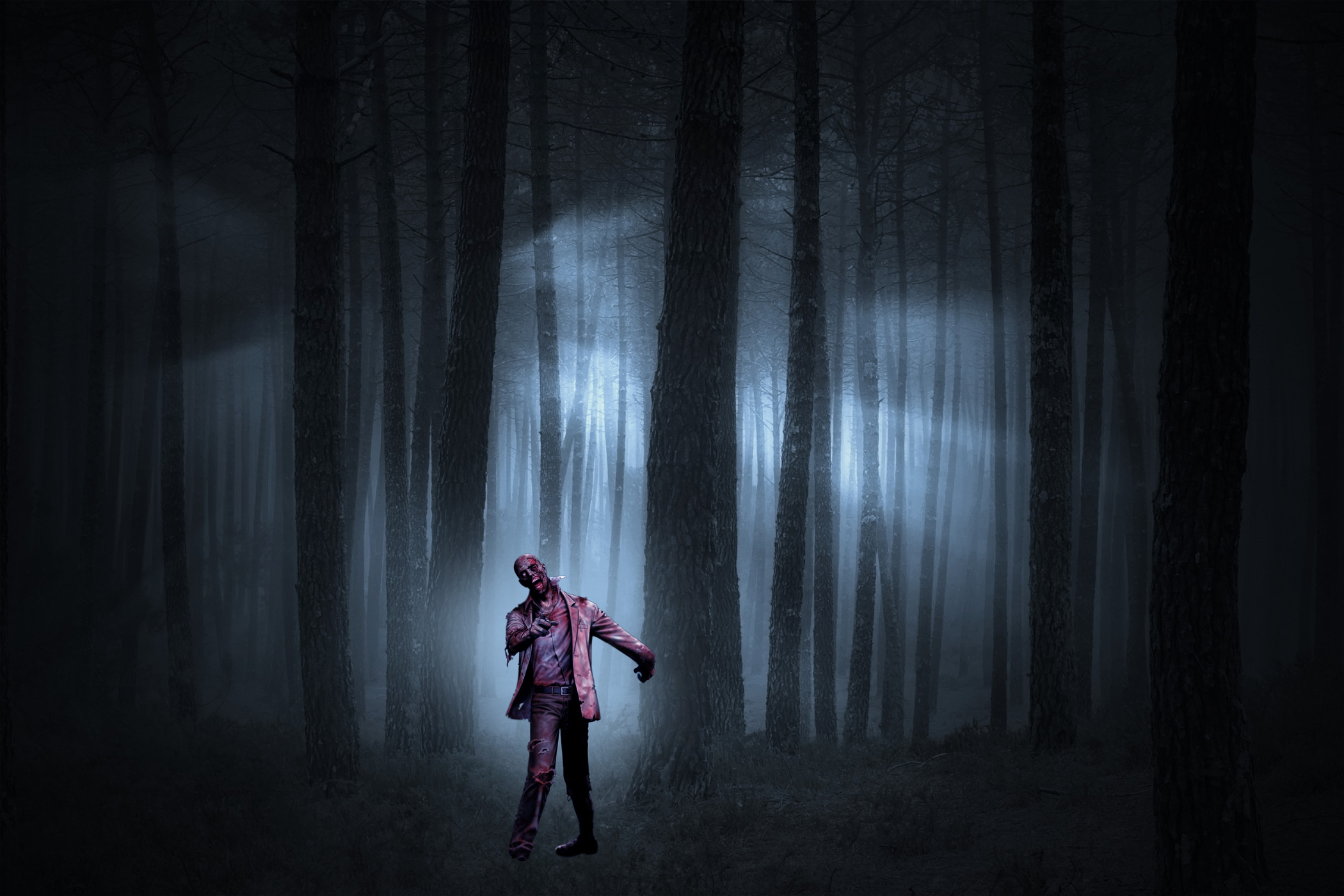 I never thought I would meet a real zombie.  But the other night I most certainly did and it was every bit as scary as you might imagine.

You see, Zombies are supposed to  be something to scare you in movies but not something that you would come across in real life.  Or at least that is what I thought until a few nights ago.

It all started about 1 week ago.  I decided I wanted to start a new photography project to find all the coolest places to take night photos in San Diego.  There were lots of great spots.

I would head out at night with my camera and my tripod and hike to new and interesting spots and then camp out taking pictures with long exposures.

Most of the nights, I was in spots that were well populated and so things weren’t a problem.  But anytime I go out alone at night I always get a little nervous.  There were some remote locations that I just decided I wasn’t going to even try at all because I felt they were safe.

The Night at Balboa Park

On Monday night I decided to head to my last location – Balboa Park.  Balboa Park is large and has many cool bridges and buildings to photograph.  I walked around for hours taking pictures of cool places.

At about 9pm I decided to take my last picture of the night.  But to get the picture I would need to head down a dark canyon by myself to shoot the Cabrillo Bridge from afar.  As I walked towards the canyon I saw a large camp of homeless people.  They were just playing music so I didn’t think anything of it.

I began to climb down the canyon.  I climbed over branches, fallen trees.  Down I climbed the steep hill all alone.  I began to get a strange feeling of being watched but I was determined to get my last picture.

I setup the tripod and took some pictures.  I was feeling more comfortable now.  “You see there is nothing to this”, I  told myself, “You can’t let your imagination run wild”

I was not getting the pictures that I wanted so I headed further down the hill and further from civilization.  If I stumbled upon a coyote or wolf or something there was going to be trouble.  I stopped, found a good place and began to shoot more pictures.

I heard a crack from behind me.  Like a branch broke.  I turned around and a shadowy figure was several feet behind me and gasping something.  I could have sworn he was saying “Help Me”.

I yelled, “What did you say?!”  But I wasn’t sure I was going to wait around for him to repeat what he had to say to me.  He kept moving towards me and making strange noises.  That was when I decided I was either going to attack or run.

I grabbed my tripod and started collapsing it to make a big stick.  But at the same time I had my camera over my shoulder and was running.

I turned around and the shadowy figure had turned and was following me stumbling and falling up the hill behind me.  I was not about to be caught by a stumbling zombie, especially since I run 3 miles a day.  There should be no way he could catch me.

I ran up that hill as fast as I could and then fast walked to car.  I fast walked past the homeless camp and fast walked all the way to my car.  I threw the camera equipment in the car and turned it around to leave.

As I rounded the corner to turn back on to the main street, I saw the same shadowy zombie now stumbling on the street.  He was very dirty and torn up clothes.  He definitely must have been homeless or on drugs.  Perhaps both.

Or maybe, just maybe he as a real zombie.