Her One Big Shot to Become Princess of the Internet.

She’d seen me walk around with my big camera taking shots of everyone.  She secretly admitted to herself, yet no one else, how envious she was of them.  She snuck out of her crib on more than one occasion while her mom and dad where sleeping in the room across the hallway to steal glances of his blog.

Her favorite post were ones that he posted of her brother Geno. “That boy cracks me up” she goo’d and gaa’d quietly as she scrolled down the screen looking at one page after another of Geno making funny faces.

As she watched him walk around the room taking pictures of everyone she thought to herself how wonderful it would be someday to have just a single picture taken of herself.  It would be a great moment.  She would prepare for hours on poses she would make, the cute faces she would make and perhaps even a few funny shots that would make her brother proud. “It’s going to be a dream and I will become a star” she laughed aloud, “oh my how I wish it to be true!”

I would so very much like to become princess of the internet. And I will make it happen!  As she thought to herself quietly she was jolted back to reality when she realized that he was right in front of her.

“Oh my God no!” she gasped to herself.  This can’t be happening.  I am not ready.  I can’t believe this is happening now of all times she screamed in her head.  Then Click.  It was done.  He had taken the picture.

An alarmed Baby Camille is prematurely cast into the internet limelight. 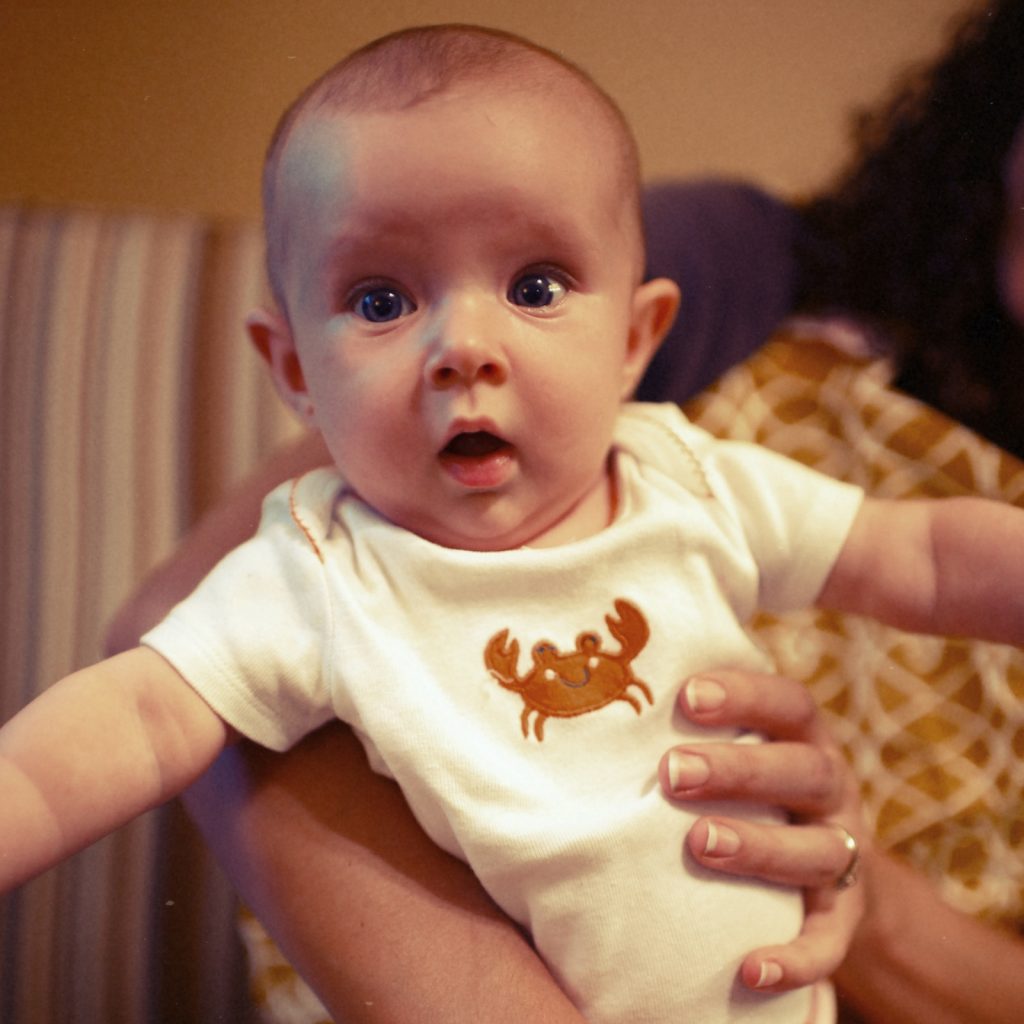 This is not right.  Her arms and legs began to flutter wildly.  She spontaneously drooled compounding an already unfortunate situation.  This was her Big Shot and it was not at all what she had envisioned.

She flitted so wildly that his camera blurred the shot.  The sophisticated piece of camera equipment which could freeze frames at 1/8000 of a second was unable to keep up with her nervous energy.   She tried to calm down so she could at least get a single shot salvaged from the fiasco.  In her excitement, her body would not cooperate.

A frantic Baby Camille desperately tries to control her nerves during her big moment. 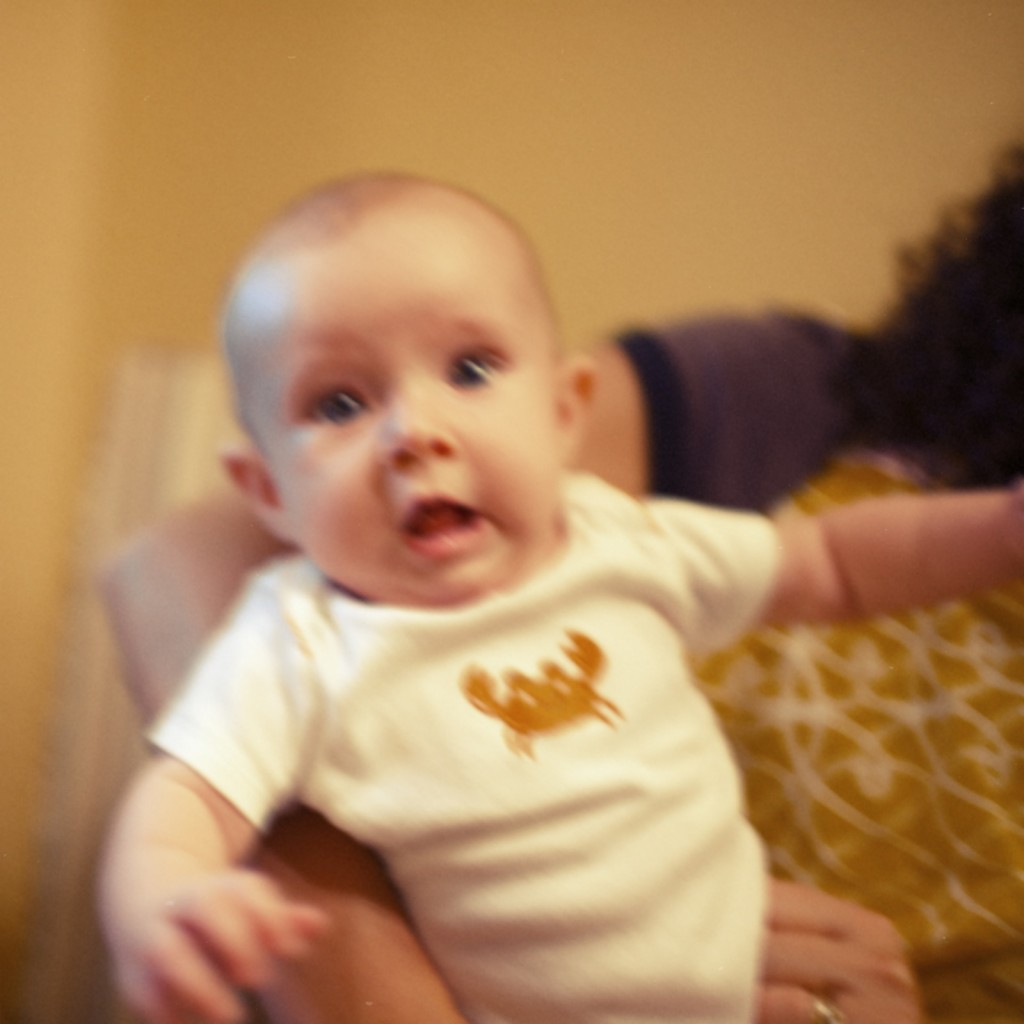 Resigned to her fate, Little Camille thought that she had blown her one chance.  “I’ll never get that Princess shot up on the internet that I keep seeing in my head”. “I’ll never make my bro proud!”.  Looking up at the camera she tried one last and final time to get that princess shot. Then click.  It was done.

Pulling it all together, an Internet Princess is Born. 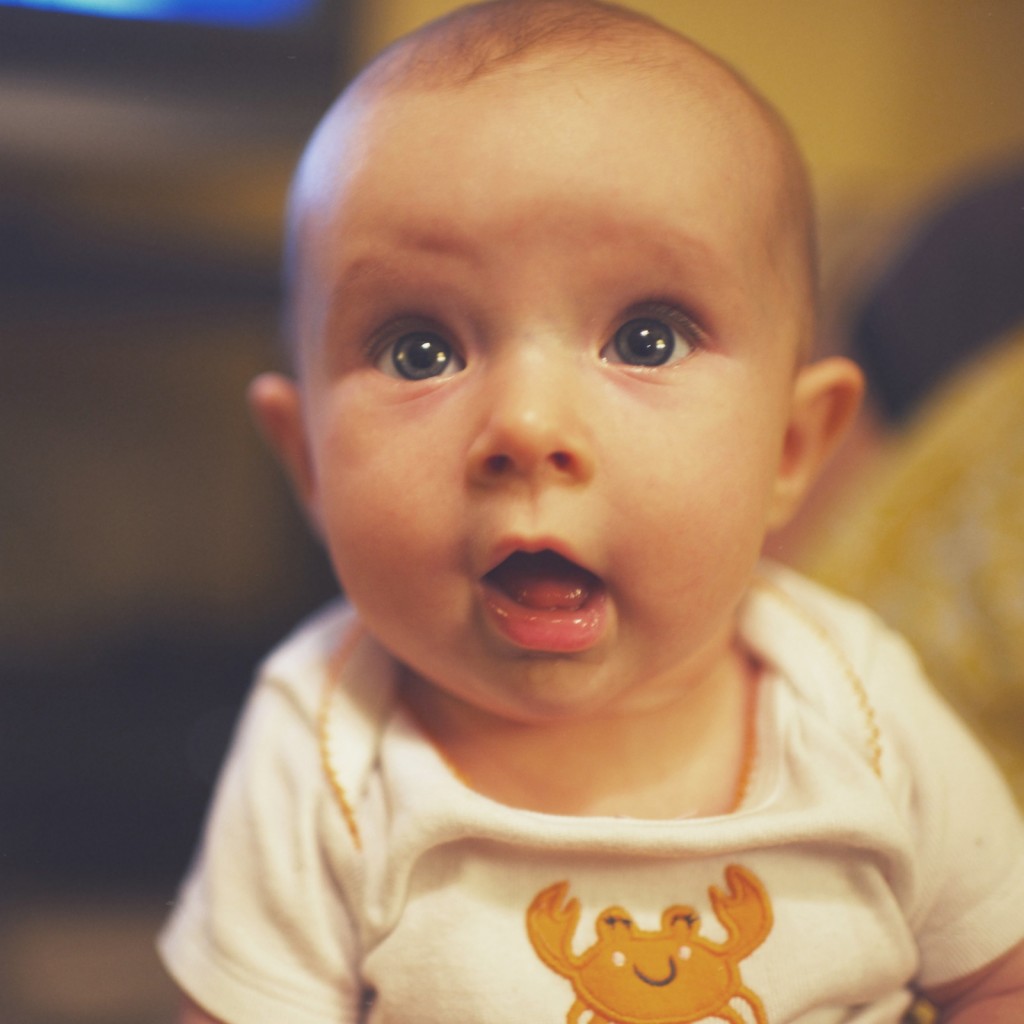