Billy’s Sexcapades Sex Toy Shoppe was the busiest little Sex Toy Store in the Tri-State area.  Selling the greatest variety of sex toys in a clean well-lit store, Billy Wonky the owner had  a winning formula.  This was not your typical pervy sex toy store.  Sexcapades was a nice bright place that you could even bring your grandma to and browse the aisles.

A Project of Giving

After gaining much success with his sex toy shoppe.   Billy felt that he wanted to evangelize his message of delivering great quality sex toys to the world, even to the economically disadvantaged.   So he hatched a plan to establish a global charity  – “Dildo’s Without Borders” whose sole mission was to change the world by giving quality dildo’s to the poor. 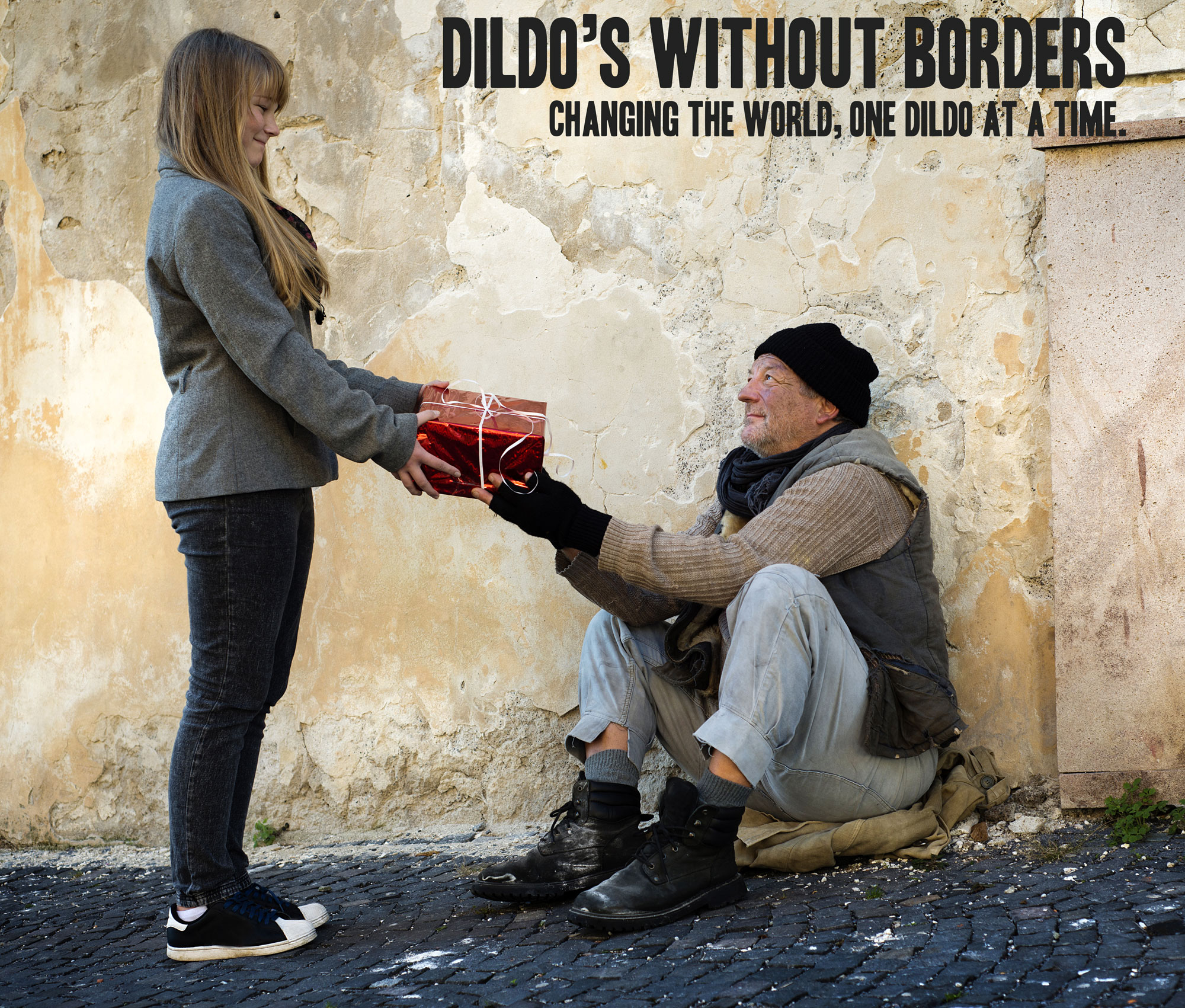 The project would mean at least 2 years on the road, so Billy would need to close up the sex toy shoppe while he was gone.

In preparation he prepared a high tech security system that would ensure that no one could get in or out of the shoppe without the set of keys that he and he alone would have.  Billy didn’t want thieves stealing his valuable toys.

Billy announced closing day and held a big sale to make sure that everyone could stock up on their sex toys before he left on his long trip.   It was on this very day that a very curious lad named Thomas Tinkade, or as his friends called him – “Tinky”- happened upon the shoppe.

Thomas was a bit of an odd duck but he was enamored by what he saw.   Like a kid in a candy store, the wall to wall sex toys was like walking through the gates of heaven for Tinky.

Sex dolls, brightly colored vibrators and lube as far as the eye could see.  It was all a bit overwhelming for him, but he felt at home.  “I am absolutely gobsmacked with this place”, said Tinky as he browsed the aisle.

Tinky Has a Clever Idea

Tinky was having so much fun. When the owner Billy announced it was closing time he was crushed.  He didn’t want to leave so he came up with a clever plan to hide behind a pair of butt-less  leather chaps until the owner left.

So Tinky hid behind the leather pants and kept very quiet.  At 10pm precisely Billy the owner turned off the lights, activated the security system and locked down the store.  The door clicked shut and Tinky’s heart raced. He had done it!  Now he could play all night in the Sex Toy Shoppe!  Hurray! 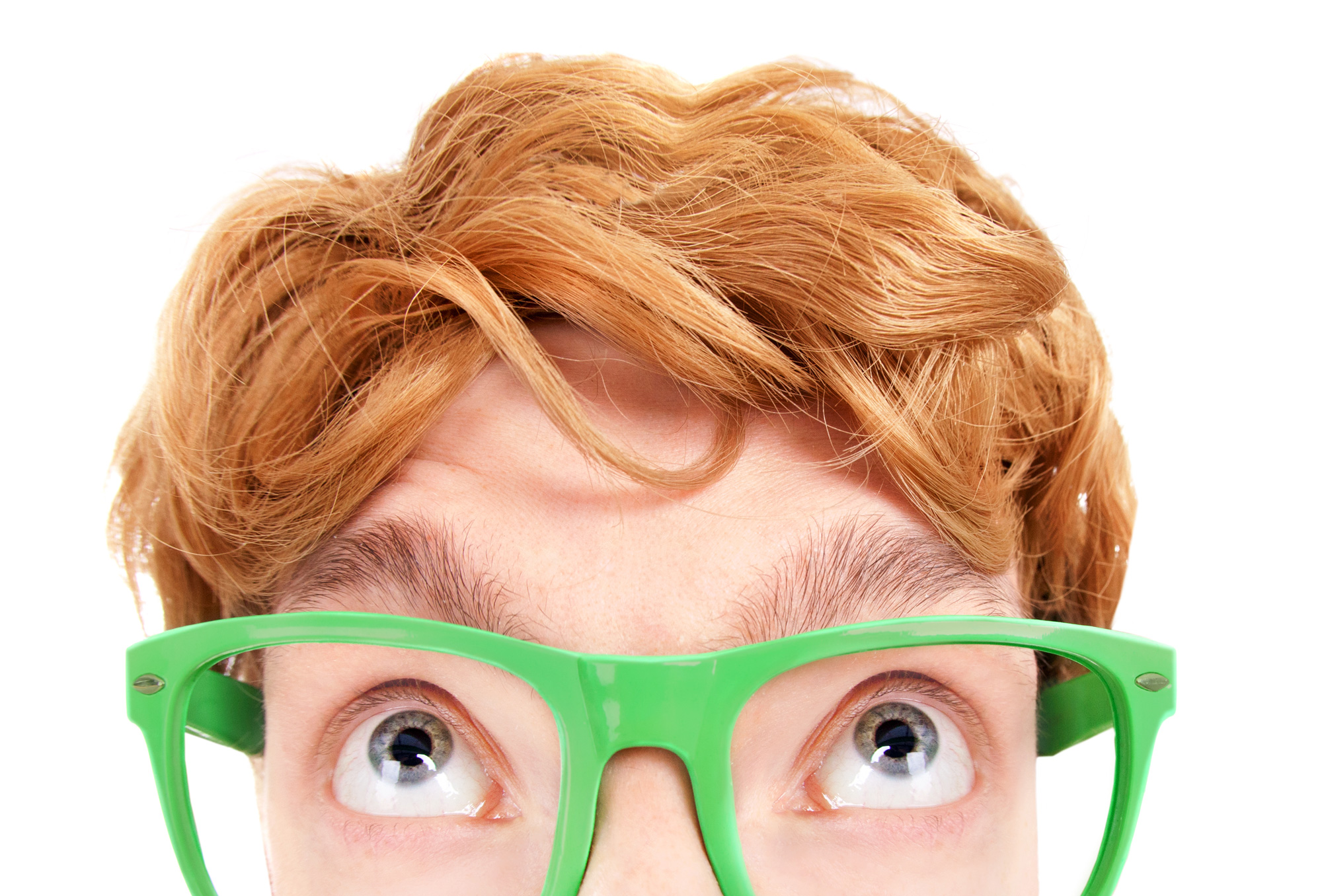 What a Night!  Followed by a Terrible Realization.

He carefully walked out of his hiding place and began to investigate a little further.  Why was the store still closed?  Where is the owner.  Is he sick? As he walked to the cashier he saw a large poster behind the counter and his jaw dropped.

The sign said, “Closed for 2 Years To Change the World, See You in 2018!”  He could not believe what he was seeing. 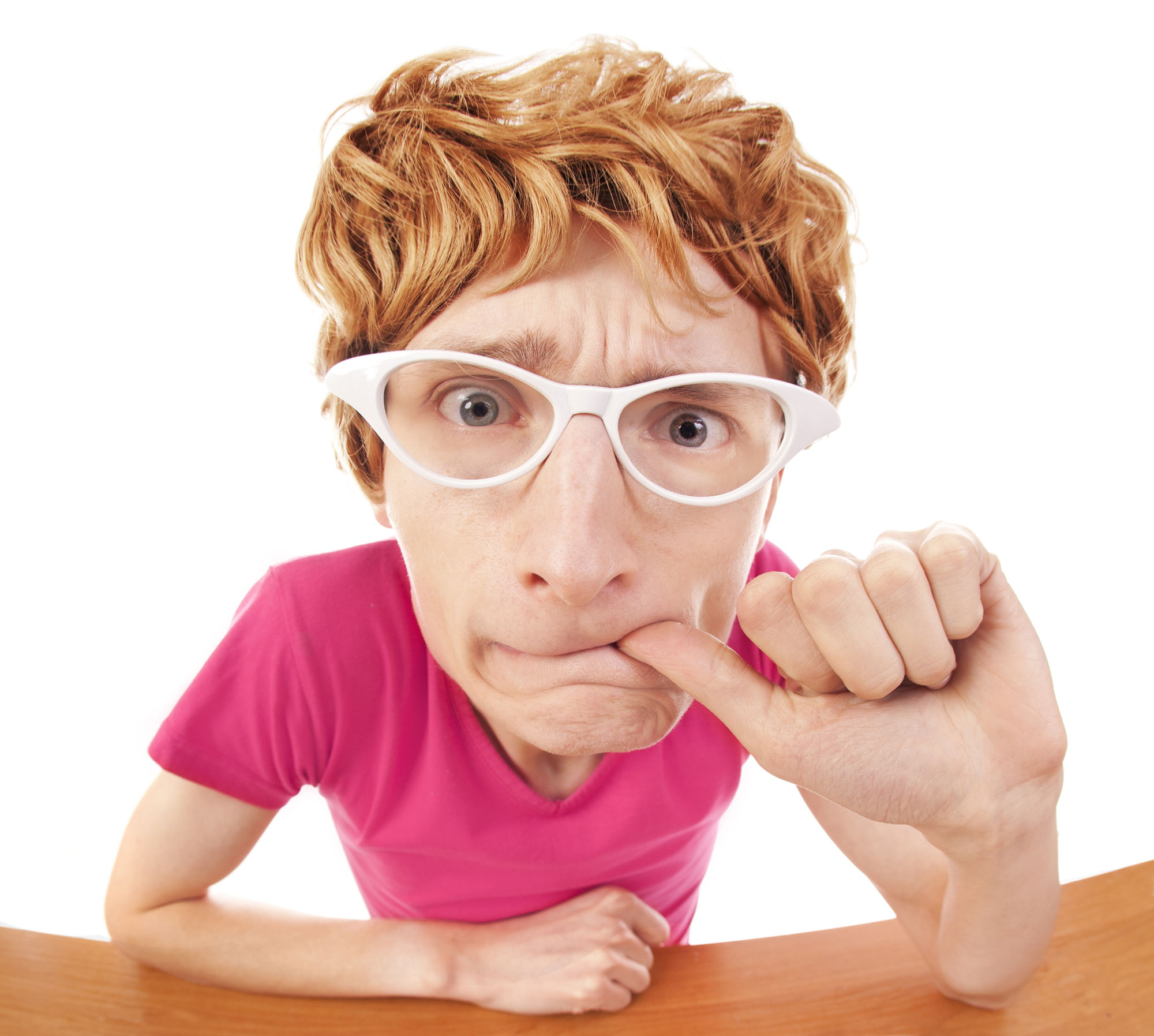 Locked In For Good

After realizing the store would be closed for 2 years, Tinky rushed to try to escape the store.  When he got to where the door should be he encountered the 10-ton iron door that Billy the owner had installed as part of his high security system.

And where the windows were, Billy had shuttered them with 18-ton steel curtains.  It would be impossible to leave. The security system that Billy had installed was impenetrable!

Tinky realized he was locked in the store for good.  For two years he would be stuck in this sex toy shoppe prison.  What had once been heaven to him was quickly turning into his own private hell.   He would surely die in the store of starvation and malnutrition before the doors would be opened in two years.

Assessing the Situation and Learning to Survive

For two days and nights Tinky cried himself to sleep in his makeshift bed of hundreds of pairs of glow in the dark condoms.  They made a pretty scratchy pillow but provided a slight support of his neck which was enough to help him sleep.

Hunger pangs began to creep in and Tinky noticed his ribs were beginning to show.  Tinky knew his days were numbered.  He knew he could very well die within days.

After he calmed down, he noticed something out of the corner of the eye on one of the shelves nearby.  “Could this be?”, he thought to himself as he walked over the shelf.

The word, “Edible” came into focus and Tinky screamed with delight.  “Edible Underwear!  My God this is a Blessing!”, he yelled.  Ripping open the package in his week state, Tinky ferociously began to tear at the delicious chocolate G-String in the package.   It was certainly small but he felt the hunger pains fade away slightly.  There was hope for Tinky.

Finding edible undies was a turning point for Tinky in his survival game. 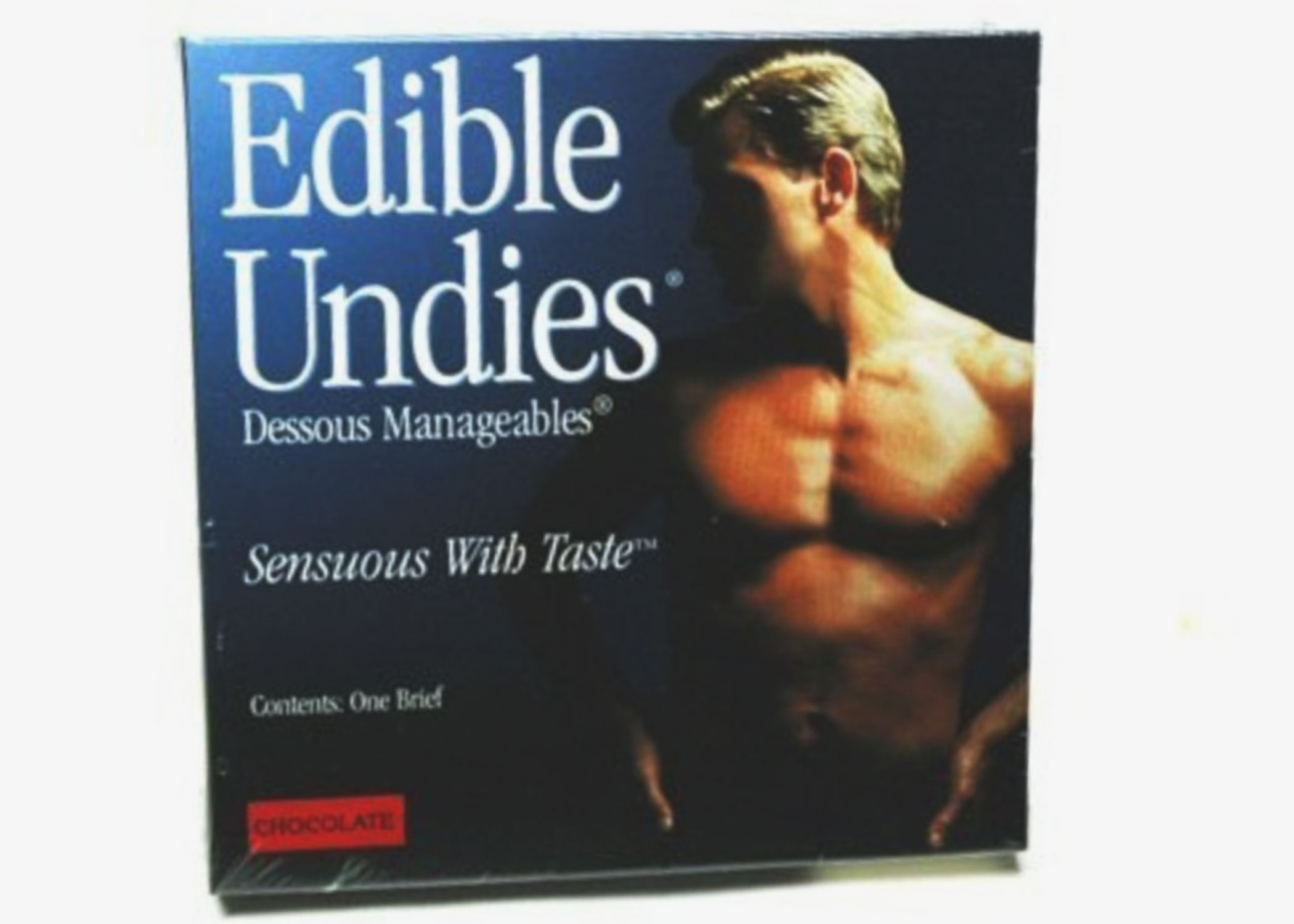 To survive, Tinky would have to be smart.  By his math, he would need to eat at least 700 meals to survive the two years.  If he rationed he reckoned he could make it 500 meals.  So he began to take inventory in the store and to his surprise he began to find many sources of nutrition that would carry him through.

There were  100 pairs of mens edible G strings in chocolate, succulent strawberry red hot rasberry.  There were 100 pairs of fancy woman edible panties in Apple, Orange, Cherry and Cinnamon flavors.

It wasn’t much for two years, but Tinky being the math wiz he was, came up with a formula based on what he would need to ration.  By his calculations he could survive exactly two years with what he had.

The naked lady cake would provide much needed nutrition to Tinky. 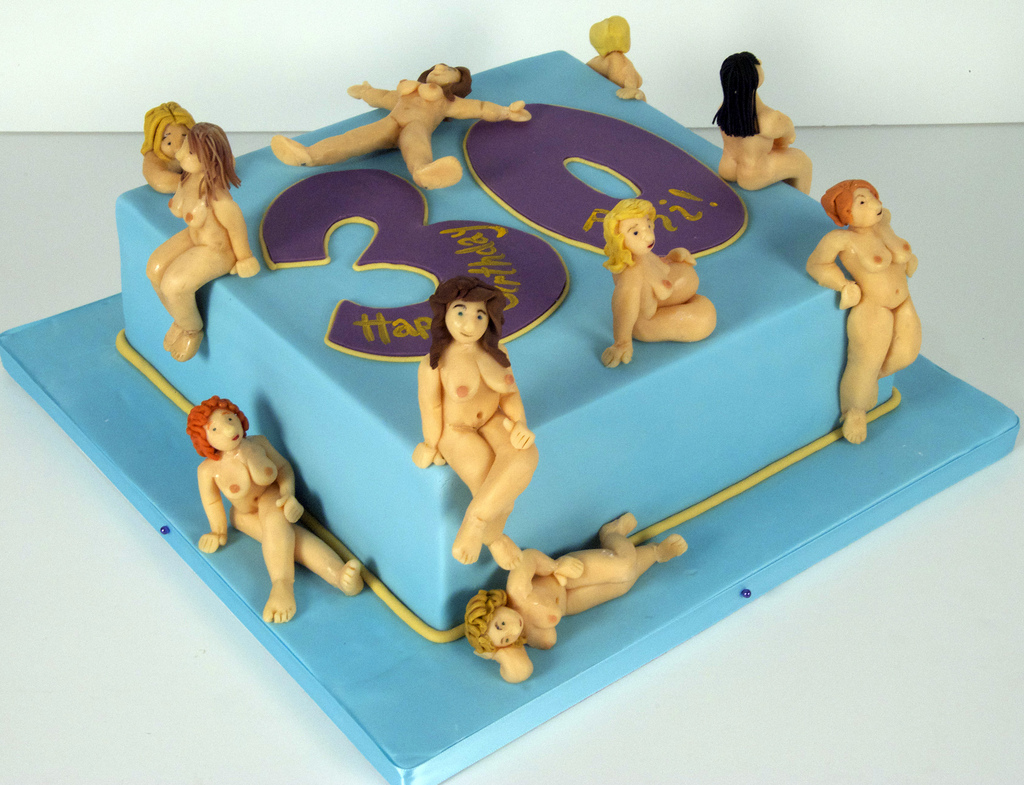 The Day to Day Grind

It was grueling.  Tinky was doing well, rationing his food.  He was losing weight but he was still alive and that is what mattered.  And the food was not bad.  It was fun to eat and he actually learned to enjoy the routine of smacking down on a handful of Peter Peckers Penis Gummy’s while he pondered life.

Penis Gummy’s provided Tinky with enjoyment as well as nutrition. 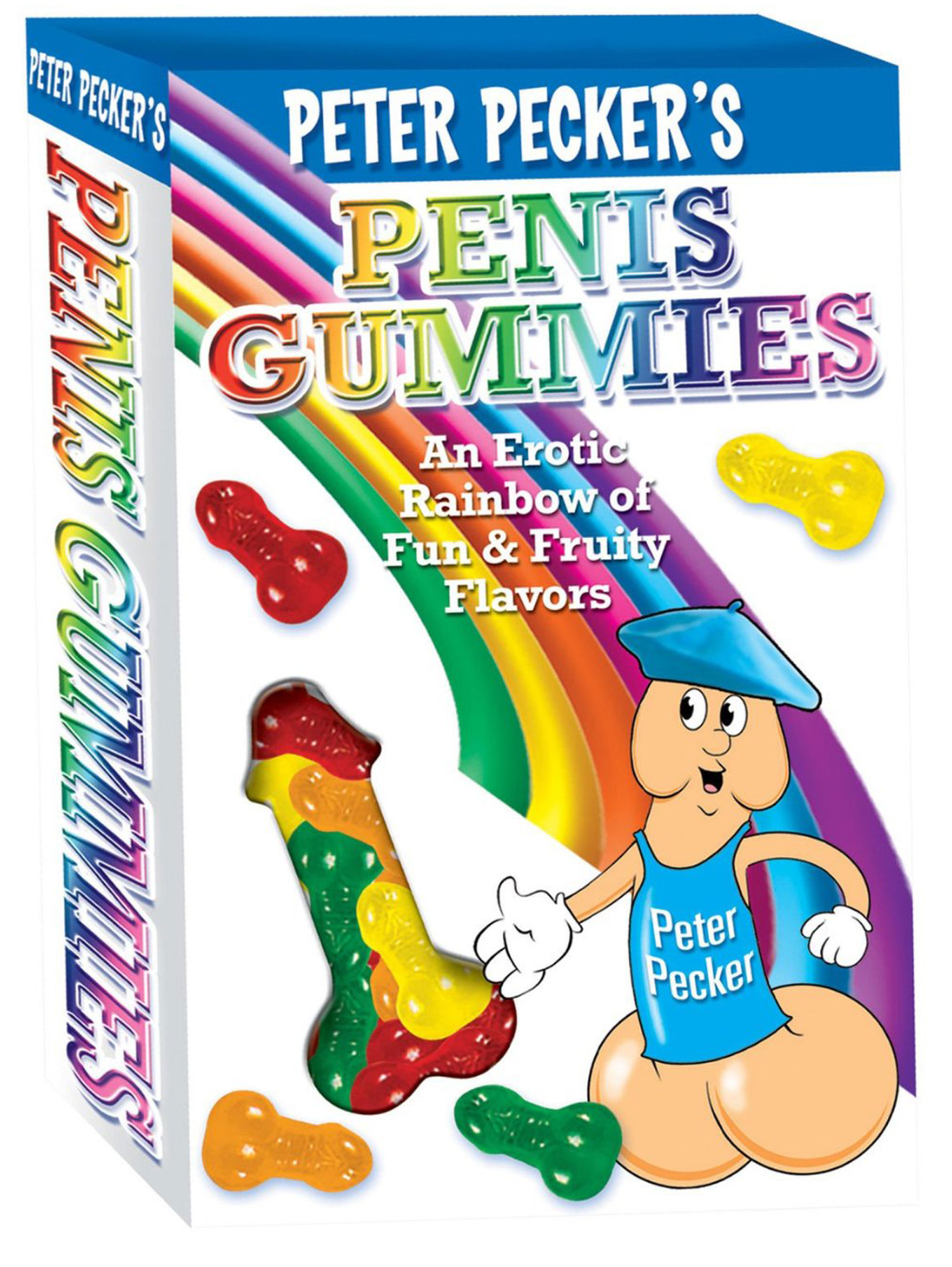 And there were the edible underwear but they got boring after awhile.  There is only so much edible underwear you can eat before you start to feel like your eating the same old thing even though they were different flavors.

After several months, even the Apple Crotchless Edible Underwear started to bore Tinky 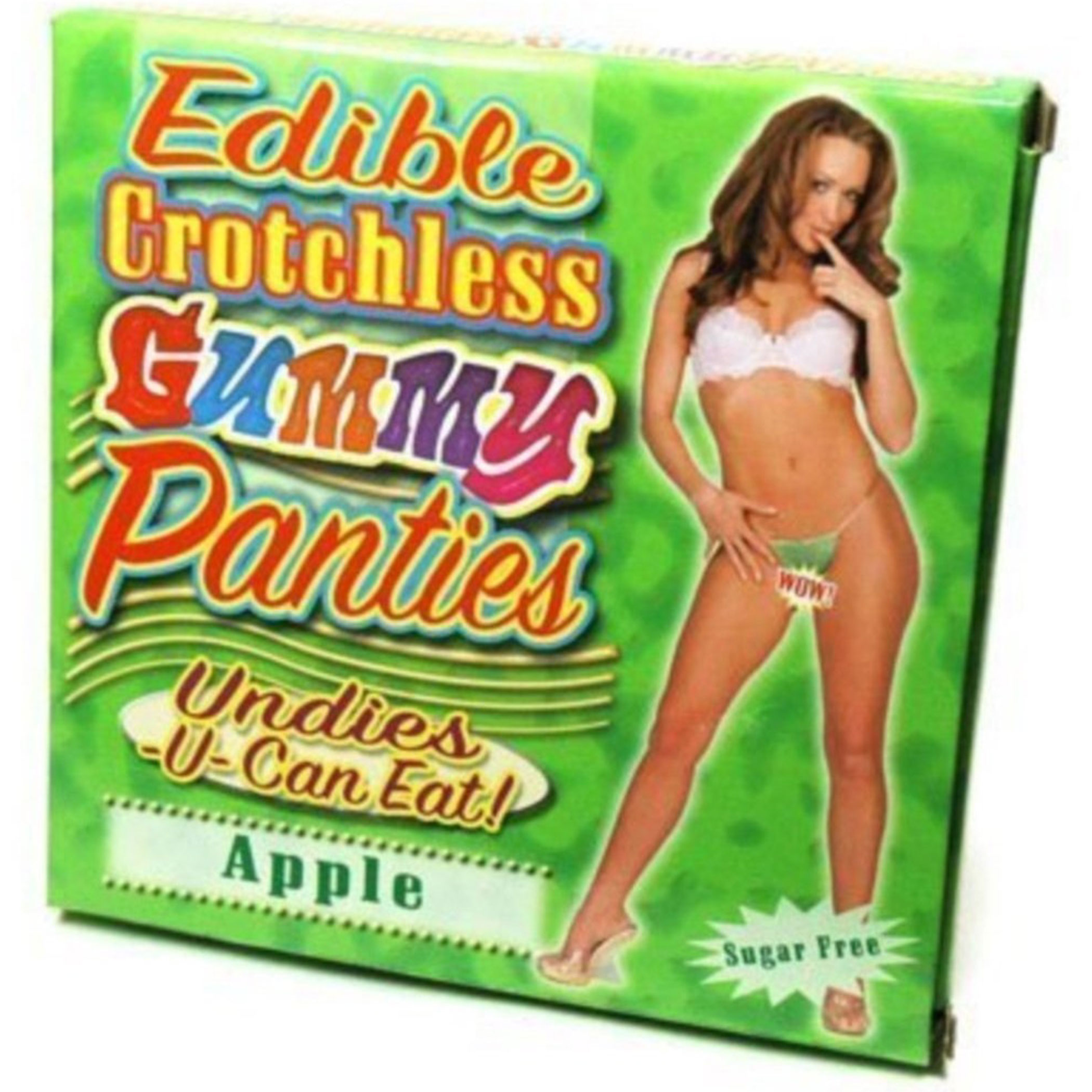 It was about 1 year into this horrible journey for Tinky.  It was Christmas Eve.  He knew he should treat himself to something special and he had prepared for weeks for this night.  Several weeks earlier, Tinky had carefully pre-wrapped a gift for himself which he now opened slowly.

As he gently pulled back the last of the wrapping paper, there it was in his hand – The Last Chocolate Dick on a Stick.  A tear fell from Tinky’s eye as he opened the package and began to slowly savor it in all its wonderful glory. 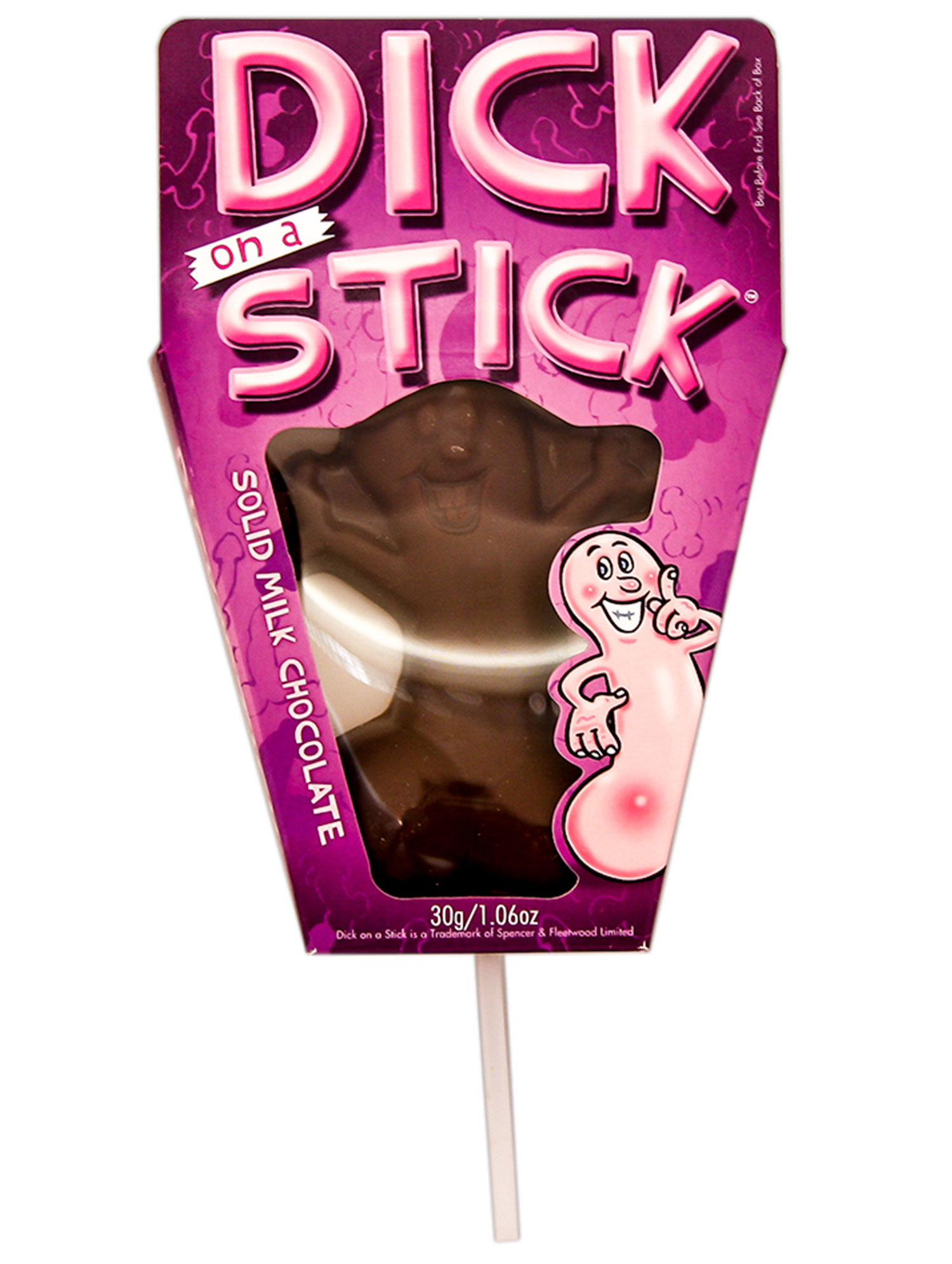 Just when he thought things could not get any lower, he spotted her.  There she was.  She was beautiful and she had empathetic eyes that seemed to pierce right through to his soul.  Her eyes consoled him and told him everything was going to be alright.

He shyly approached her and took her from her box.  Her name was Tina Tuner and they quickly became fast friends even though he often times longed for more.

Her name was Tina Turner and she had eyes that seemed to pierce his soul which consoled him deeply. 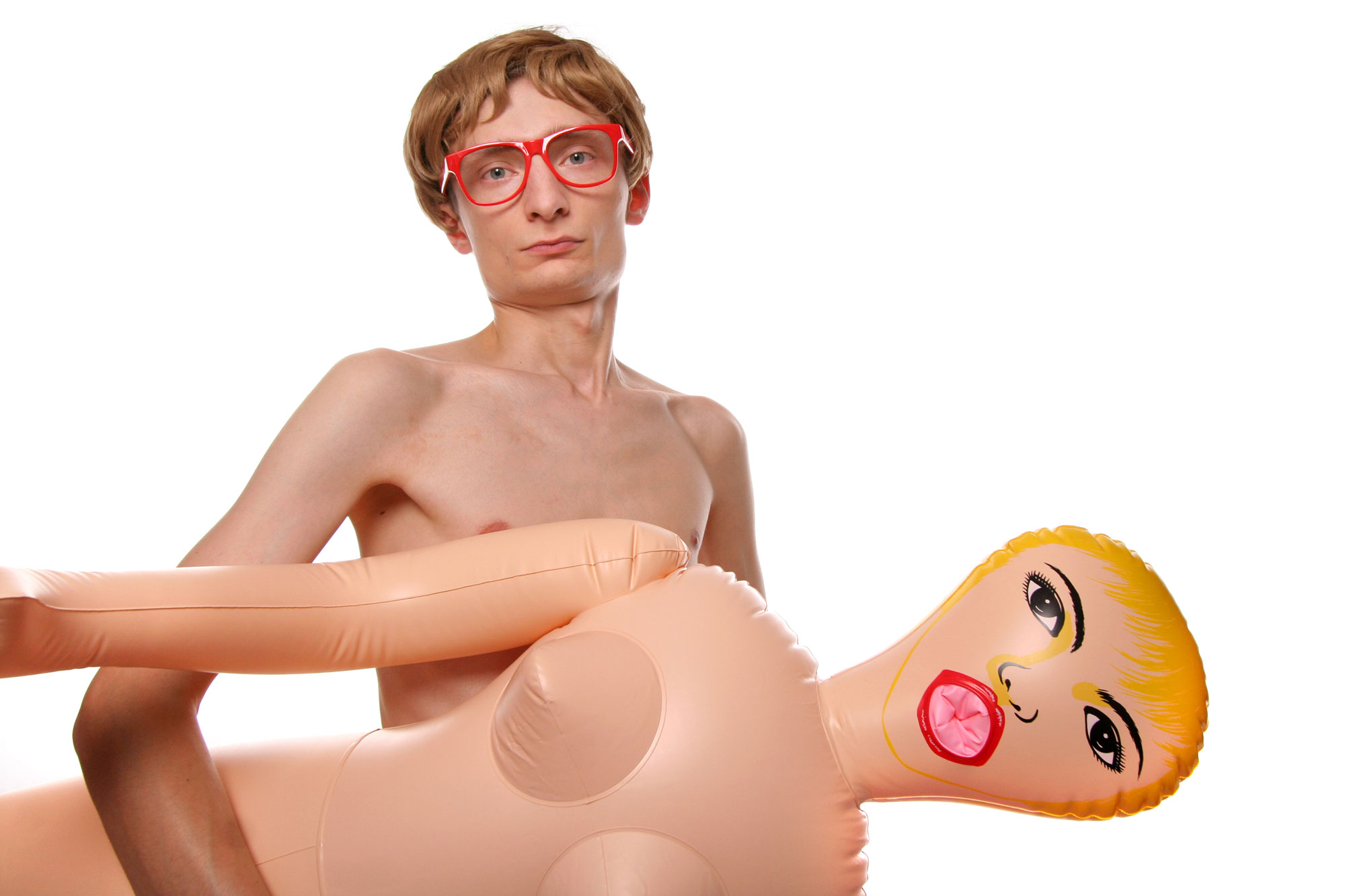 Day after day Tina Turner and Tinky became closer and closer.  Their conversations were unlike any he had ever had before and he felt that Tina Turner could read his mind.  “How do you do it you sassy tramp?!”  he exclaimed one giddy moment as he reached in to kiss her.  It was unexpected. He didn’t plan it but he was falling deeply in love with Tina Turner.

The next day they were married and they celebrated with the last piece of the naked lady cake he had kept for special occasions.

Making it to DayBreak

Life was good those final months.  Plenty of good food and lots of enjoyable conversations and general romping around with Tina Turner.  Days seemed to pass quickly until one morning when Tinky heard the large 10-ton doors begin to open.

A Hero, A Survivor

Tinky went on to become a national hero. His story of survival became the blue print for all survivalist thereafter.   His ability to improvise, to be creative and to never stop made him the ultimate survivalist and hero in the world.

But more importantly, Tinky found something else in that strange sex shoppe that made him a hero as well.  He found love and that my friends is the true story of perseverance and survival. 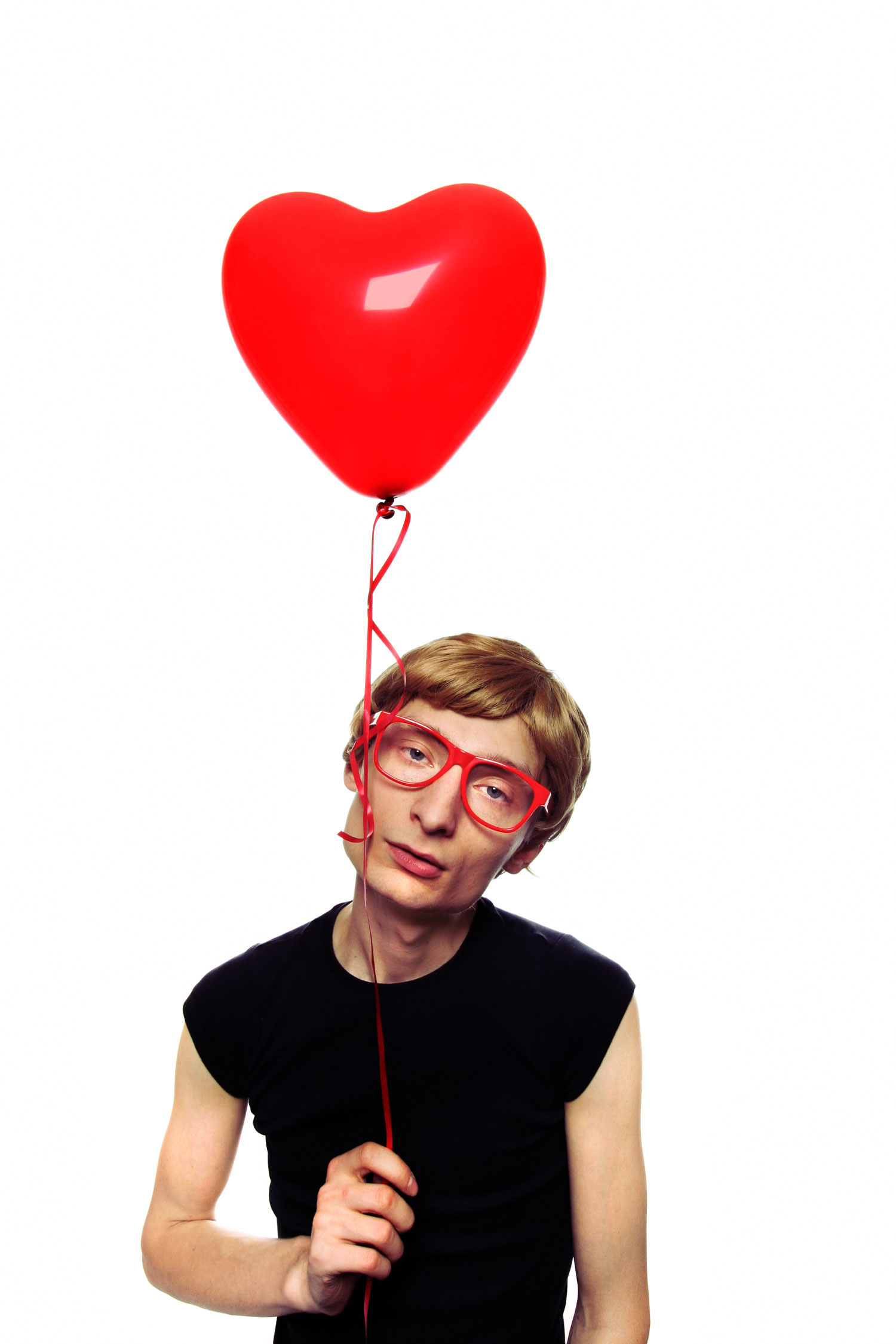 Tinky went on Ted Talks, appeared on CNN and became a motivational speaker for companies like GE, Microsoft and Apple Computers.  He taught sex toy survivalist workshops to the likes of Sean Penn and other famous actors that wanted to learn how to survive on edible underwear and nothing else.  His inspirational journey was later turned into a major motion picture and seen in over 6,000 countries in 98 different languages. 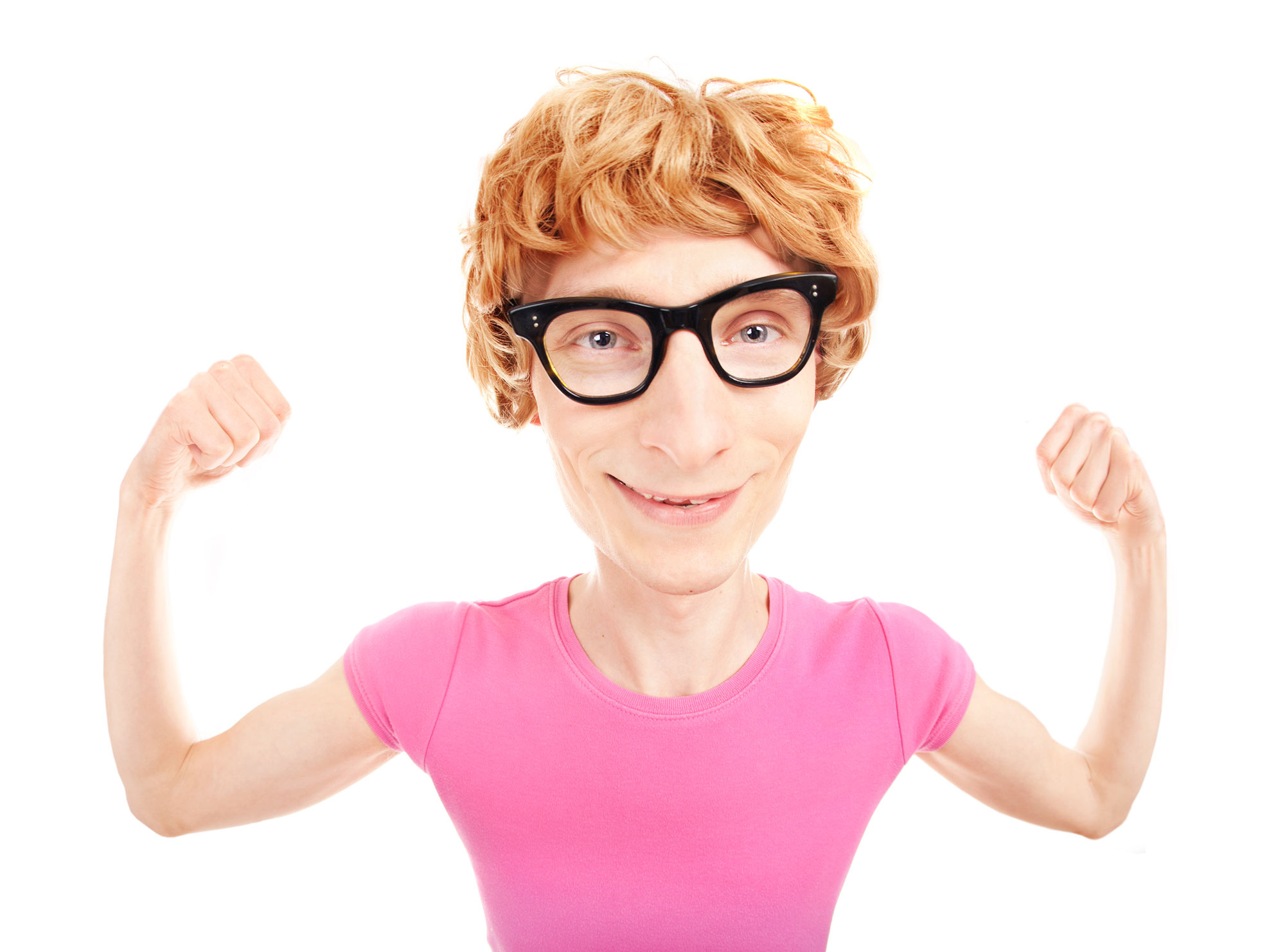