10 People At The Gym That Annoy Everyone but Mostly Me.

There seem to be a host of characters that really annoy me; I mean they really get under my skin while I am working out.  These people tend to lack gym etiquette or are perhaps just clueless as to others around them.

I decided to put together a list of those people. I changed names to protect the innocent but I think these characters exist at every gym in the nation.  These are the 10 people at the gym that annoy everyone, but mostly me. 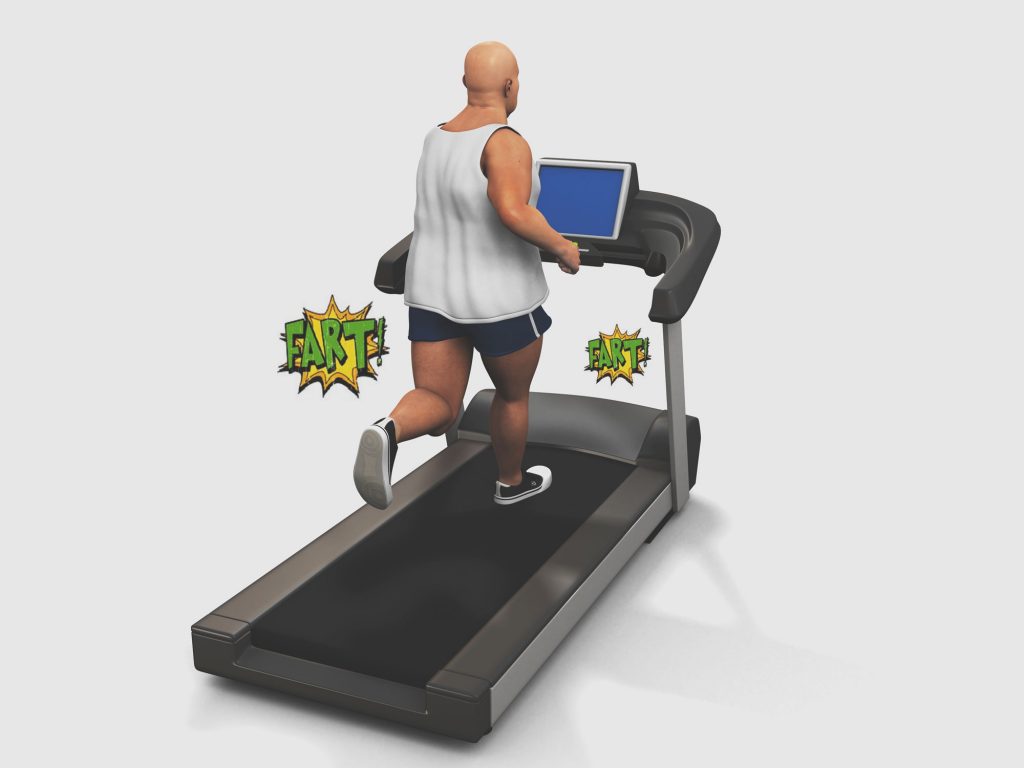 It’s hard to run next to this guy.  You know who I am talking about.  You’re there on the treadmill and Mr Beefy climbs on the treadmill next to you and proceeds to fart without care or hindrance.  He is a farting machine and the repetitive treadmill jogging seems to knock every bit of gas from.  The worst part of the FartMan is that other people in the gym might be blaming you.

Recommendation – Get off the Equipment Quick before you get blamed for this guys dirty deeds. 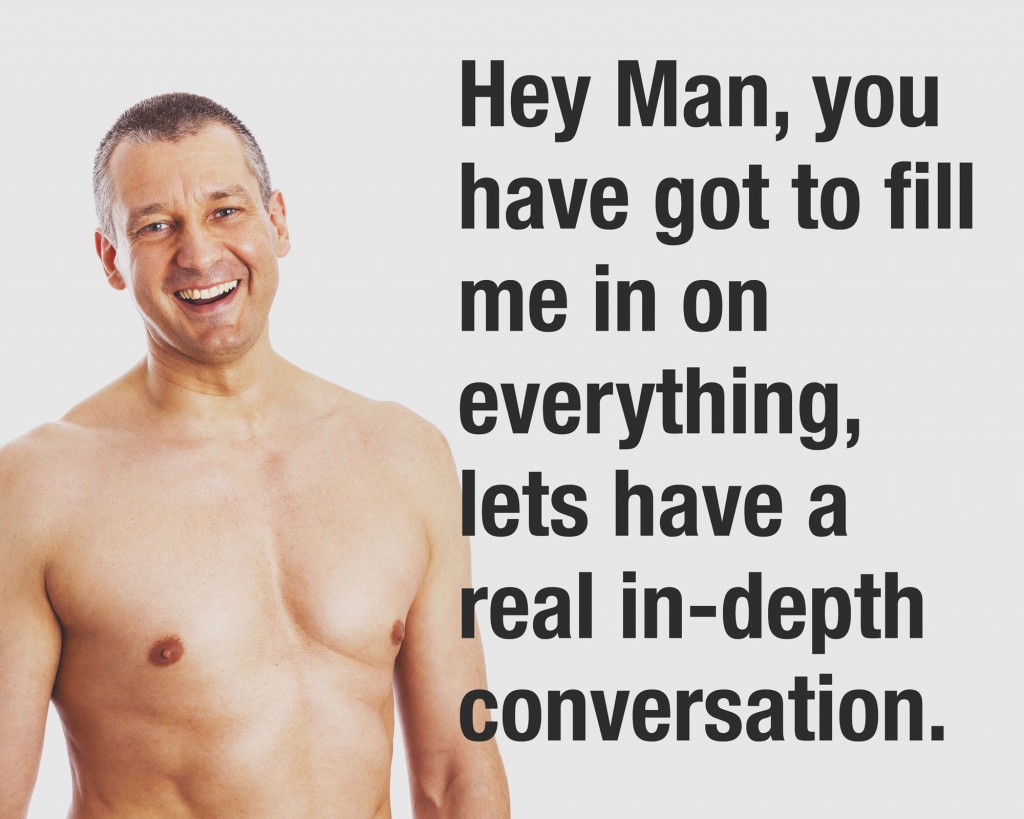 I’m not much for being naked.  When I shower at the gym, I quickly dry myself off and put on my clothes.  I’m naked for 30 seconds top, which is why I am always surprised by the older naked guys that seem to lounge around in the locker room completely nude for hours.  They are way too comfortable being nude and way too chatty for my liking.  To top it off they’ll typically stand in awkward places where your forced to walk around them.  There is literally no way to escape these chatty nudist  – at least I haven’t found a way.

Recommendation –  Try not to make eye contact, pull out your cell phone and pretend to type an email while you walk through the locker room to avoid them. 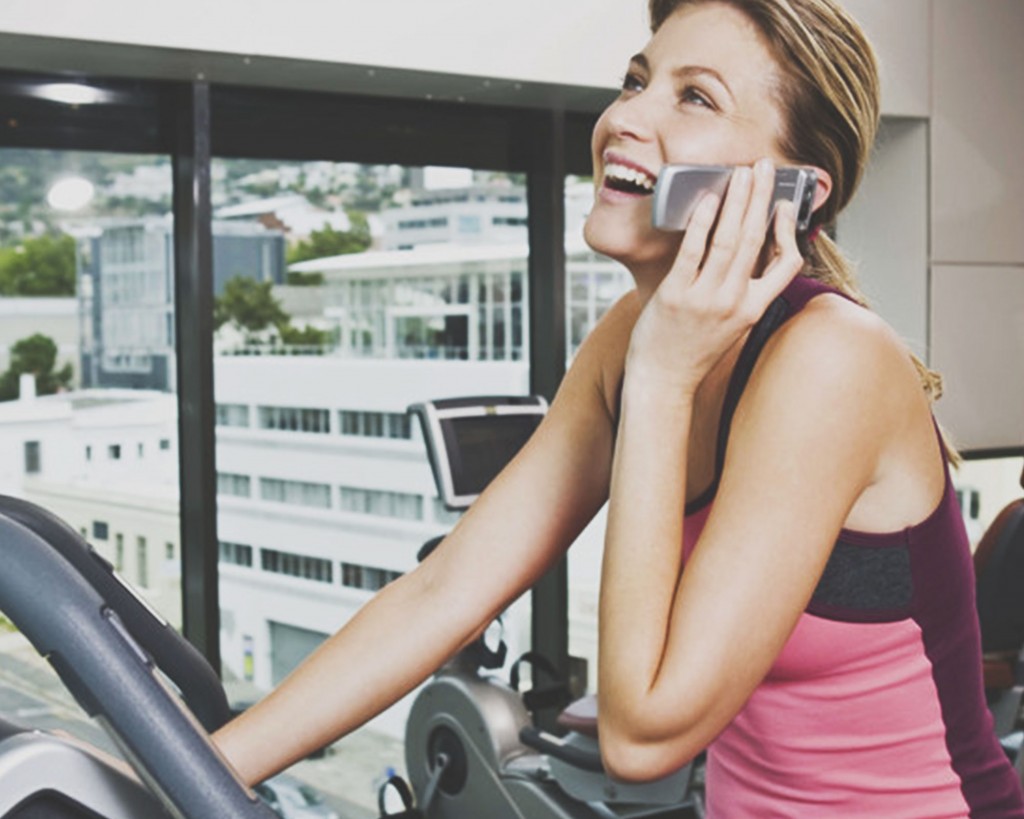 When you are at the gym you should sweat, not chat on the phone.  Inevitably I’ll hop on the elliptical machine ready to crunch out some serious cardio when this character makes there way to the machine next to mine.  The conversation usually sounds meaningless and the lady is so pre-occupied with chatting that she never breaks a sweat.  The gym is only a social outlet for Ms McCellPhone and she lets everyone around her know it with her loud conversations.

Recommendation – Convince FartMan to use the machine next to her. 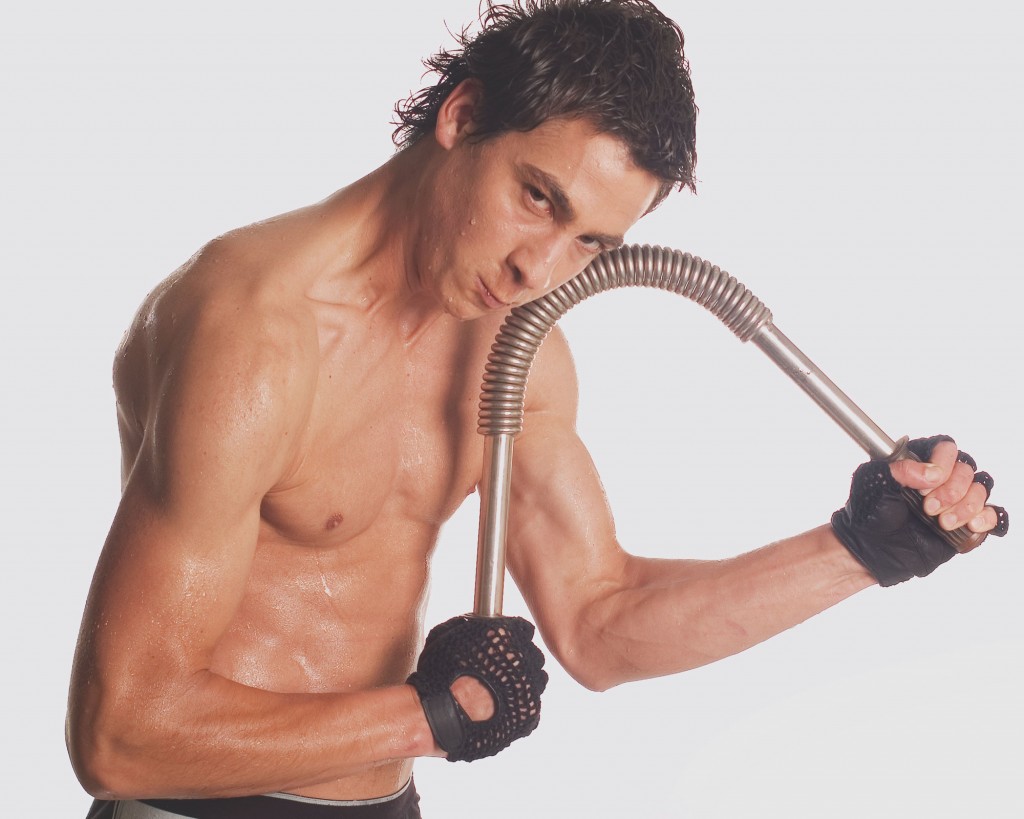 I think every gym has this guy.  He weighs about 1 buck 40 and has went to the gym to be with his one true love – himself.  Glued to the mirror, this guy cannot get enough of us pumped up muscles and checks out every angle while he blazes through sets of 10 repetitions with the 20 pound dumbells.  As he progresses through his workout his self obsession grows until the only two people in the gym are himself and his reflection  – a match made in heaven.

Recommendation – Hide the 20 pound dumbbells, forcing him to find a new gym (preferably LA Fitness where he will fit in perfectly with the rest of his lot) 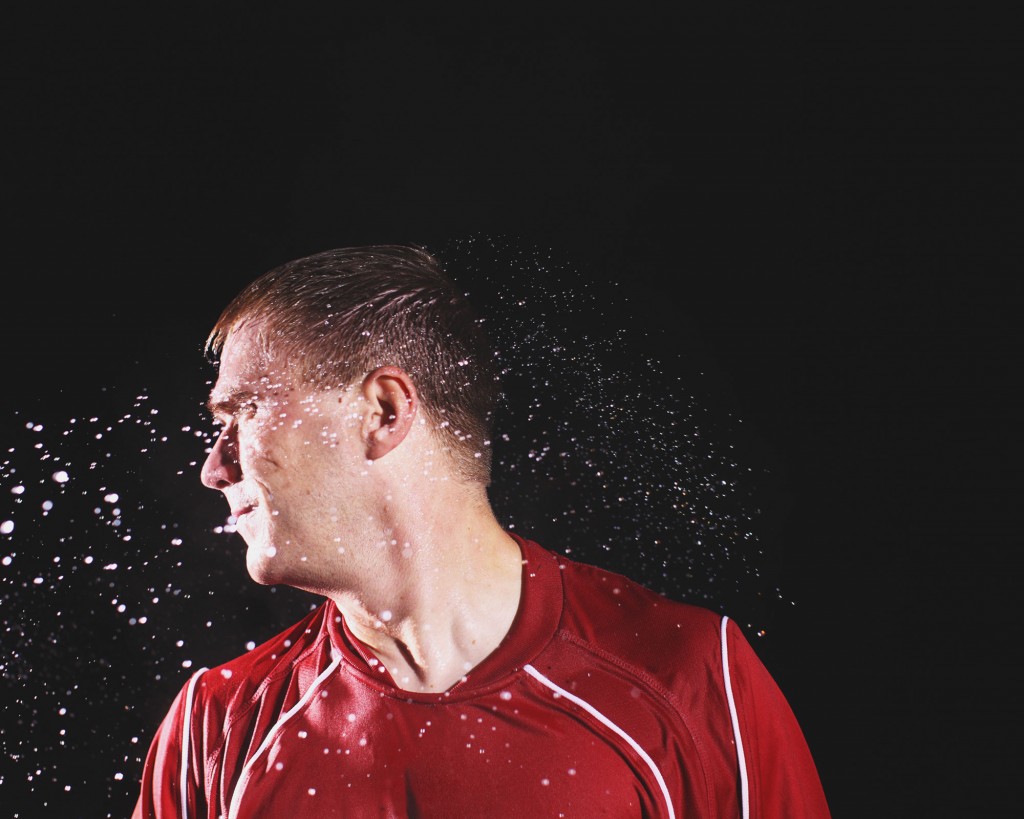 Super Soaker Sam is a Man you want to avoid.  I encountered Super Soaker Sam on a few occassions and I immediately have to go home and shower.  Super Soaker Sam is a guy that sweats profusely and then proceeds to fling the sweat everywhere while he is working out.  He might do it with rapid head movements or in the case of the guy last week, wipe their brow with their hands and them fling it away – on you preferably.    Be warned, if you get hit by this guys sweat the smell might linger with you for a long time.

Recommendation – Stay far away.  Avoid this guy mostly towards the end of their workout when they are in full super soaker mode.

#6 – Tom Tightly and His Band of Shorty Shorts 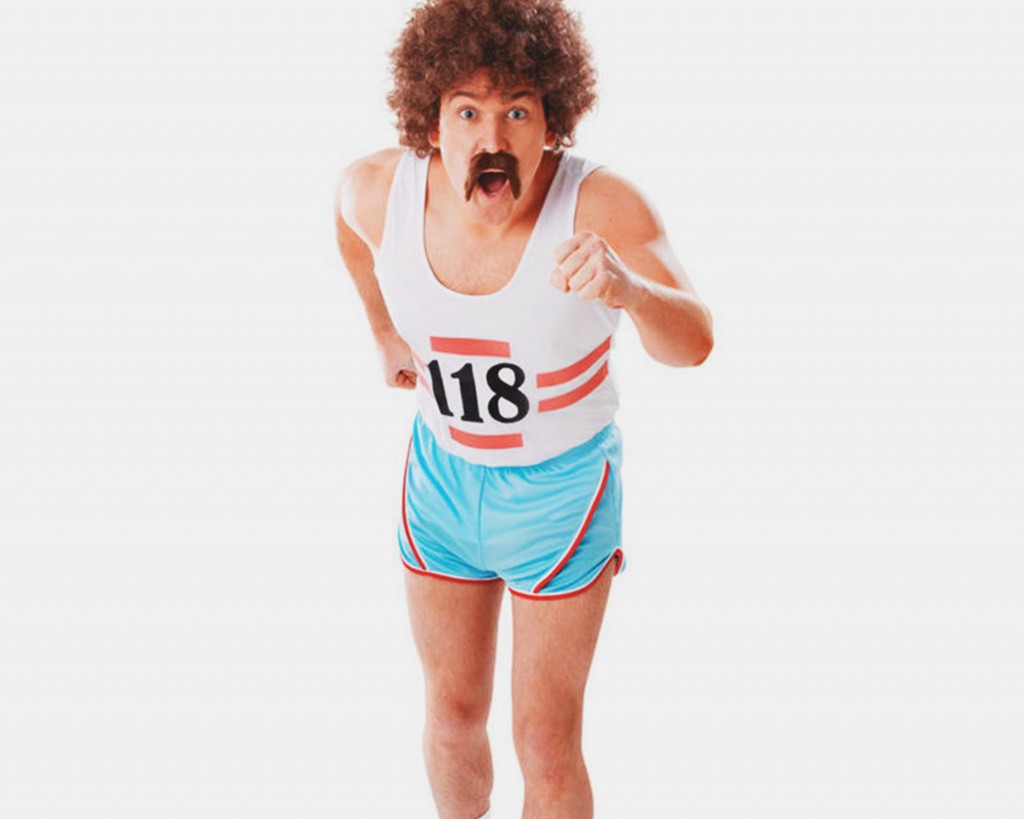 This guy always requires a double take because you can’t believe its happening but then it hits your eyes.  Upon first glance you might think he has taken accidentally wore his wife’s running shorts to the gym but after awhile you realize this guy just likes tight ass shorts and loves to wear them around the gym for all people to see.

Recommendation – Have a good laugh, this guy is usually harmless (as far was we know) 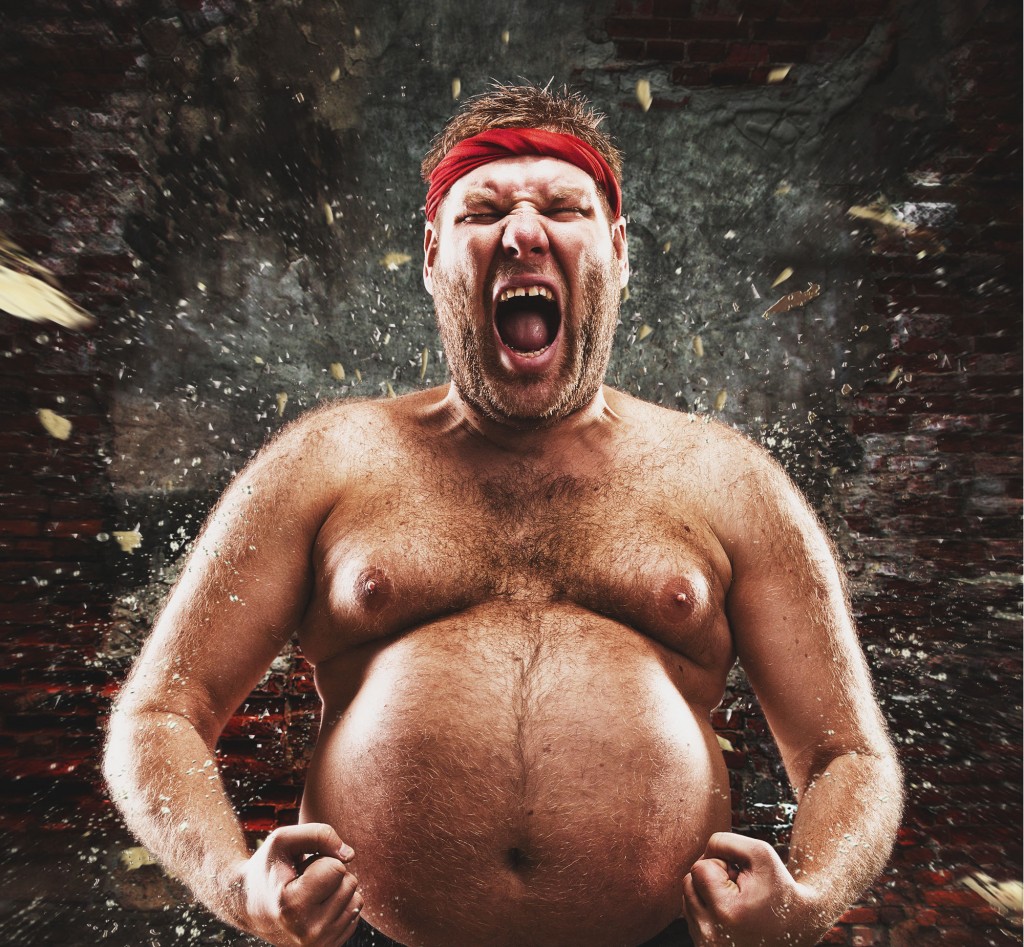 This guy makes his presence known like it or not.   He picks up large weights, does very short reps, grunts and or screams during each reputation and then loudly drops the weights to the floor like he has just set some sort or world record.  Mr Gauntly is loud and proud and not afraid to let you know that are but a puny 98 pound weakling that he could kick sand all over at the beach.

Recommendation – Put on your headphones and turn the music up to 10 to drown this guy out. 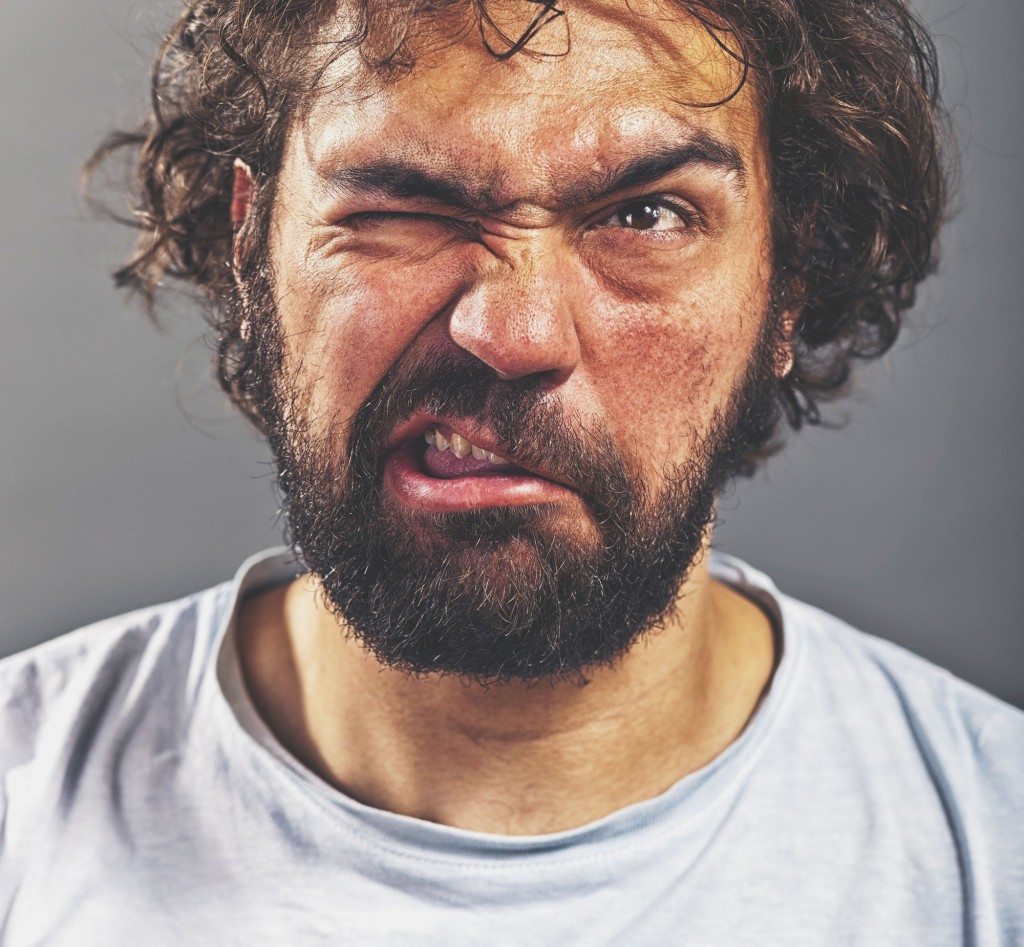 Dirty Shirty McGurty has one T Shirt for working out and one T-Shirt only.  He does not own a washing machine and thus the single shirt is used day in and day out for all exercise related activity.  You can actually smell Dirty Shirty McGurty throughout the gym and on hot days when things are particularly ripe he has been know to clear the gym out.  This guy has been kicked out of a few clubs so he tends to gravitate to the upscale clubs where they are more tolerant of bad smells because of the excessive gym fees they charge. 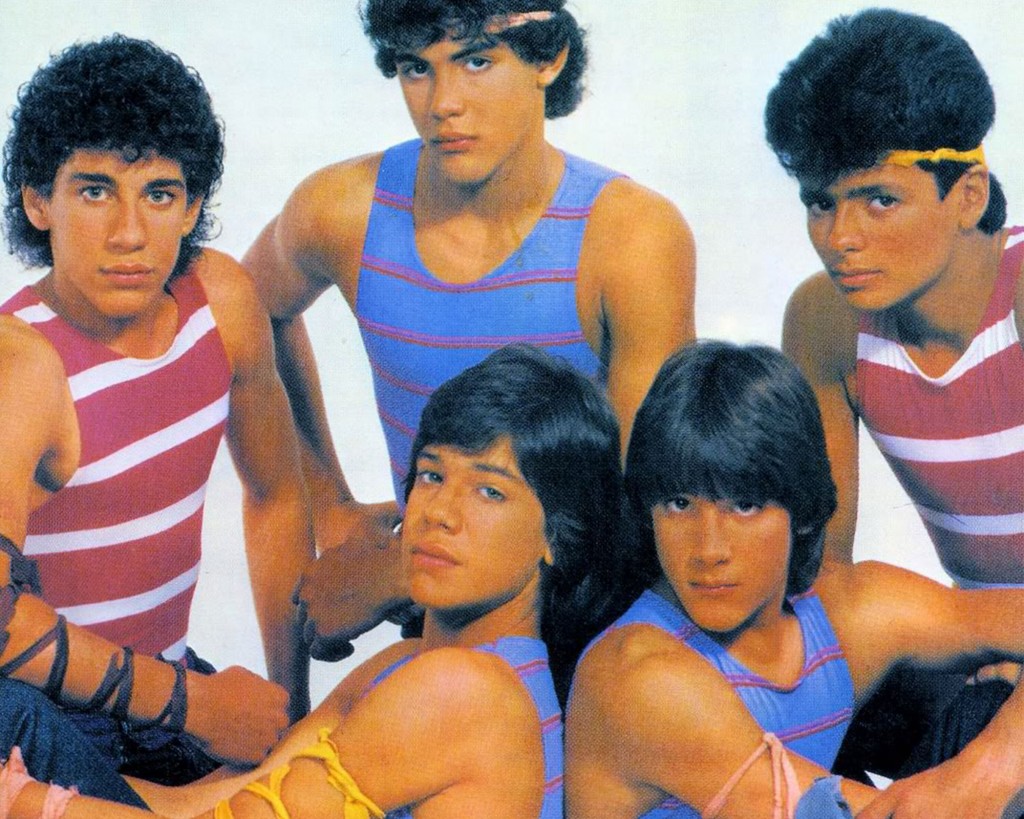 You ever hear of Menudo?  Well they are a boy band out of Latin America from the 70’s and for some reason my gym is literally crawling with groups of 5 guys that pal around like they are the second coming of Menudo.  They hop on treadmills right next to each other, or exercise bikes and they will never leave each others sides.  I half expect them to break out into a song and dance routine but they usually just spend time texting each other on their snapchats and twitters.

Recommendation –  Don’t get between these guys and their clique because they will kick you so far into TJ you won’t know what hit you.#10 – Mr Pachouli I Come in Peace 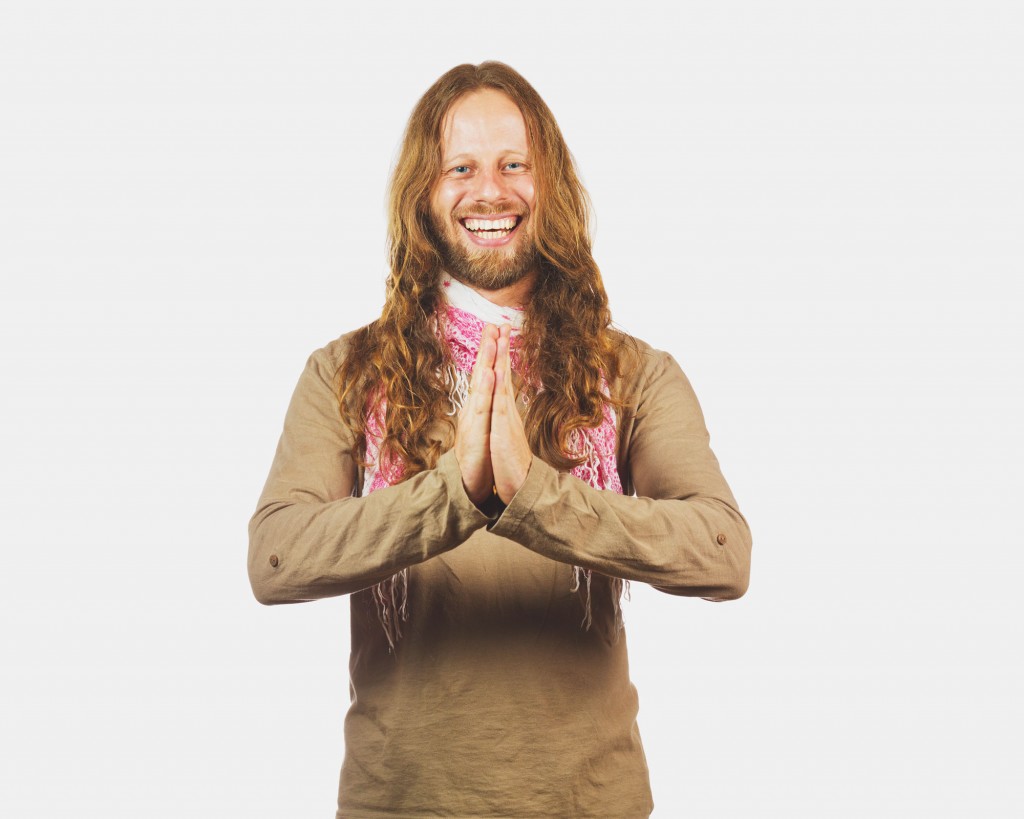 Ah Pachouli.. Such a healthy and pungent smell reminiscent of the bohemian lifestyle.  But of the gym?  Not so much.    Don’t get me wrong.  Mr Pachouli is probably one of the nicest guys you will meet in the gym but his insistence on making sure everyone knows he is wearing pachouli makes him well, annoying.  Since Pachouli is an oil the person wearing it doesn’t realize that as they heat up and start to sweat that the gym is literally permeated with their fragrance.  I have gone into the gym at times and not sure if I am a Grateful Dead Concert or some sort of Berkeley Protest.  Mr Pachouli has got to go.

Recommendation – Douse yourself in Hai Karate and ask him if you can work in a few sets with him.

So those are my top 10 most annoying people in the gym.  Did I leave anybody out.  Let me know and thanks for reading.