I was standing outside taking pictures last week when an elderly man carrying a briefcase approached me.  He said to me in very good English, “How are you?”. I was surprised because not many people approach me because they are shy and also because he spoke English very well.  It turns out he was a school teacher for many years.  I guess that stopped in about 1975 – the same time the war ended here in Vietnam.  He told me that back when he was teaching he taught two languages – French and English and at the time they paid very well.  He was very well off, but said he wasn’t doing very well lately.

Hi name is Qui.  His story was sad actually.  3 years ago he went jogging with his wife at night.  The roads here are dark and the motorcycle drivers are not that cautious.  It was late and his wife got hit and the motorcyclist sped away without stopping.  His wife died.  That was 3 years ago and it impacted his life very deeply.  People in the neighborhood say that he has never been the same since it happened. The horror of seeing your wife hit and killed and then the pain of living without the person you love.  Every time he drinks he puts two straws in the glass and say’s the second straw is for his wife.  He still thinks of her all the time.

Qui is interesting because every morning he wakes up and gets ready to go to work as a teacher.  He puts on his best clothes, gets his briefcase and then heads out to go to teach.  The only thing is that he doesn’t have anywhere to go to.  He stopped teaching 30 years ago but still wants to return to it so he dresses up and heads to go to work even though he does not have anywhere to go.  Qui seemed like a very nice man and was no doubt a very good teacher.   It’s interesting the people that you will meet when you go out and take pictures.  You can hear some interesting stories, get to know interesting people and learn a lot about life.

Qui pictured below with suit, tie and the briefcase that he carries out with him each morning. 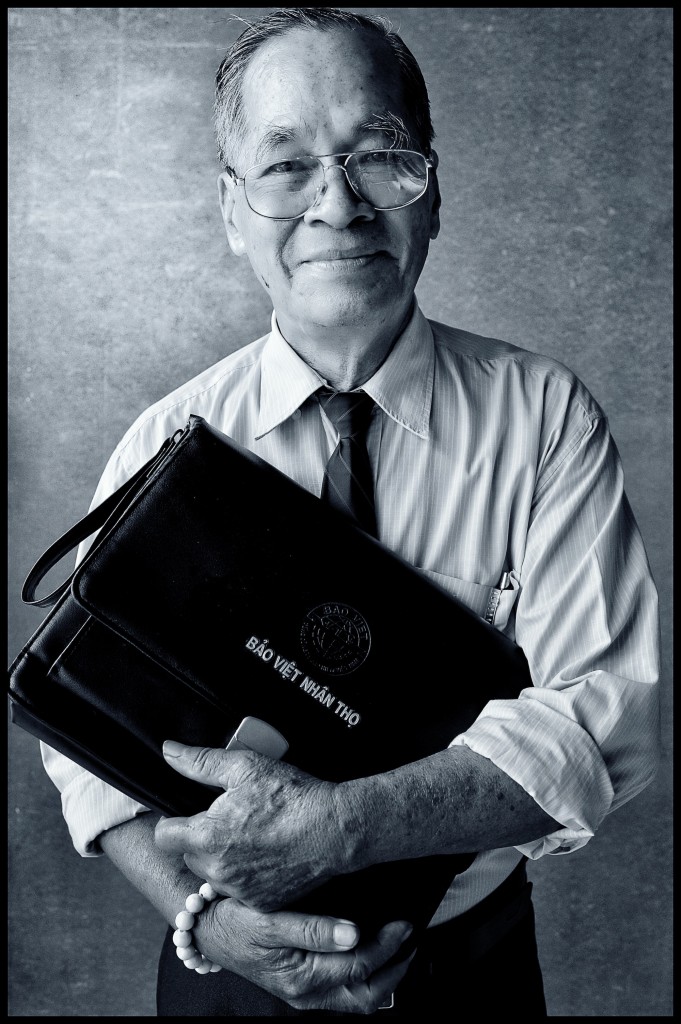