We started at 5 in the morning, piling in the car to take a long drive up to Saigon and then on to a very remote orphanage in the middle of a very small town north of Saigon.  We expected that it would take us about 4 hours to get there but it actually ended up taking us about 7 hours to get up there.  The traffic was very slow and the roads were not great the last 35 kilometers or so.  The drive was beautiful though and we saw some very small villages along the way and I got to see what many Vietnamese in the remotest parts of Vietnam live.

The orphanage that we went to was run by Monks unlike the last orphanage that we visited which was run by the government.  Because it is run by the monks basically everything that they had for the kids had to be donated since they didn’t really receive any government assistance.  Before arriving we stopped at  a very large grocery store and bought milk sausages candy and other treats to give each of the kids and adults that lived in the orphanage.  We formed an assembly line and made a special Happy Bag for each person.  We are getting pretty good at this now actually.

Ma Bay packs Happy Bags for the kids.  This trip was her idea and she organized it. 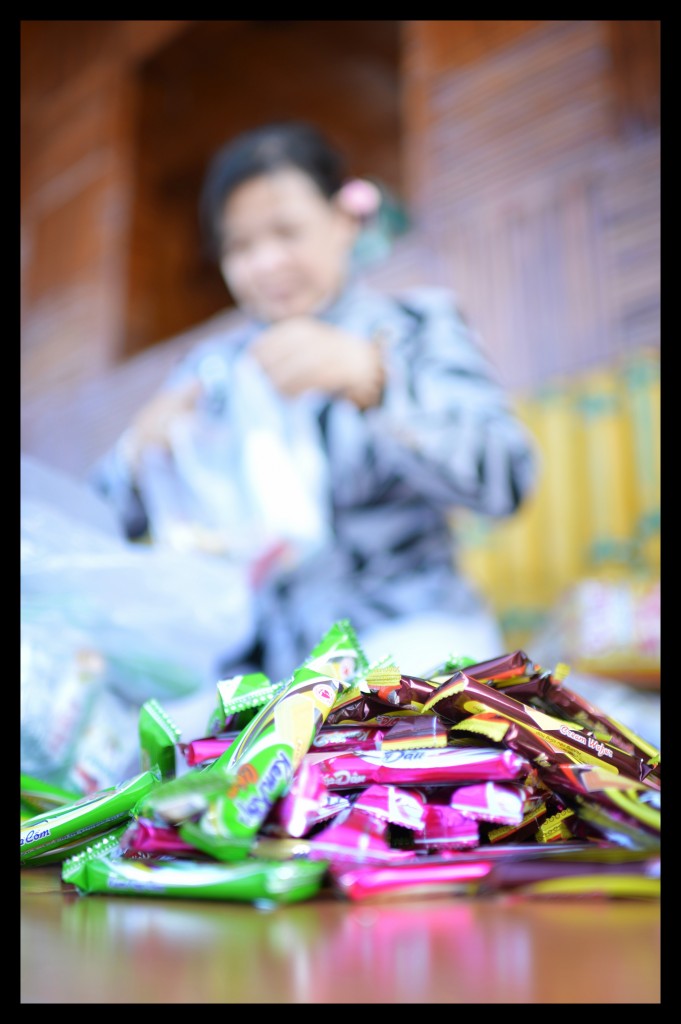 This orphanage seemed particularly poor and they took in all kids even those kids with illnesses or problems.  The people that take care of the kids there are very good to the kids and take care of them well. 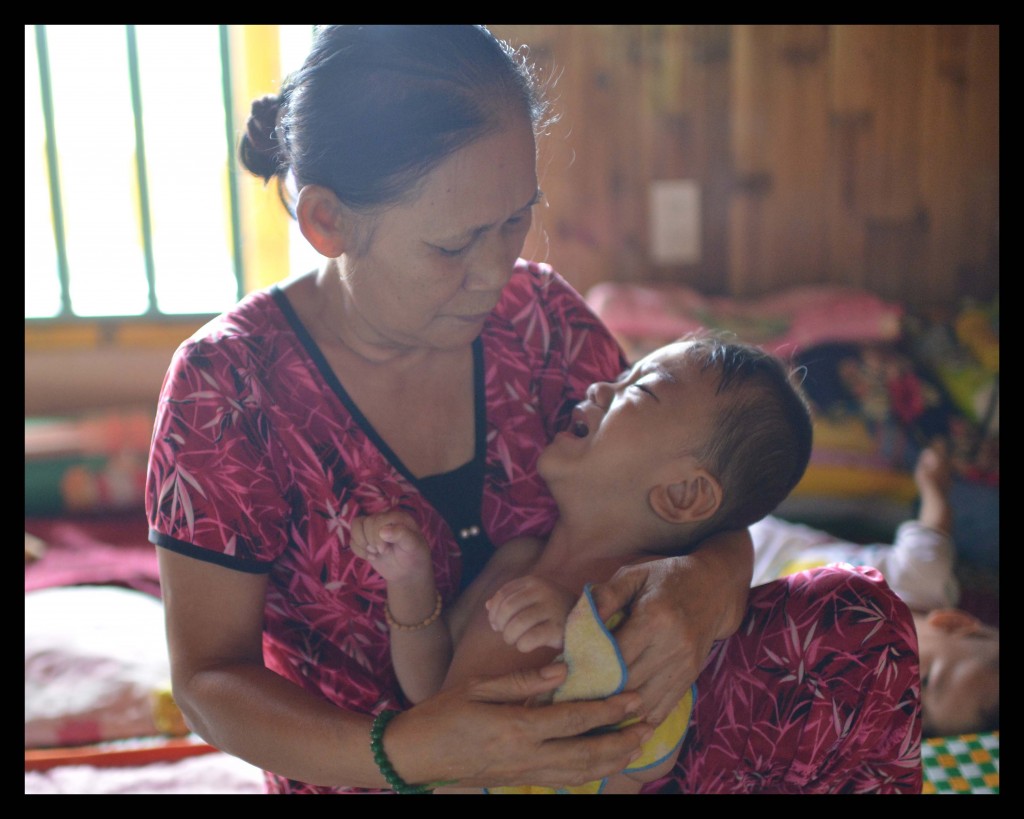 This little boy was so curious about my camera.  He didn’t want to see the pictures he wanted to have my camera. He didn’t actually say that but I could tell he really wanted it. 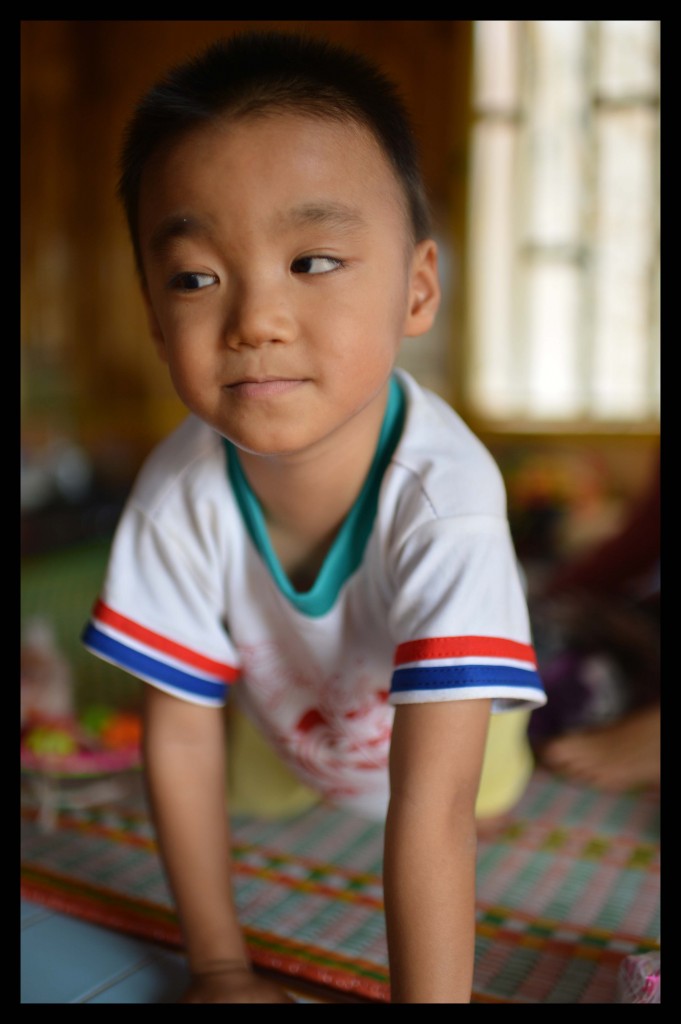 This is a cute little girl.  She was giggling away when they tickled her feet.  It was pretty funny.  The babies seemed the most happy there. 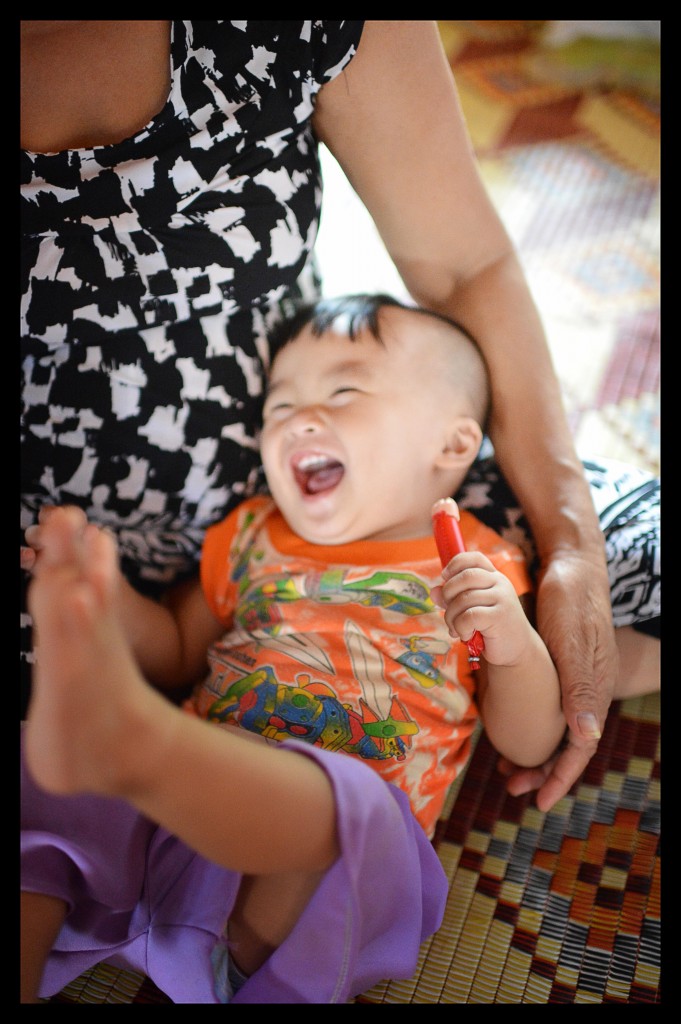 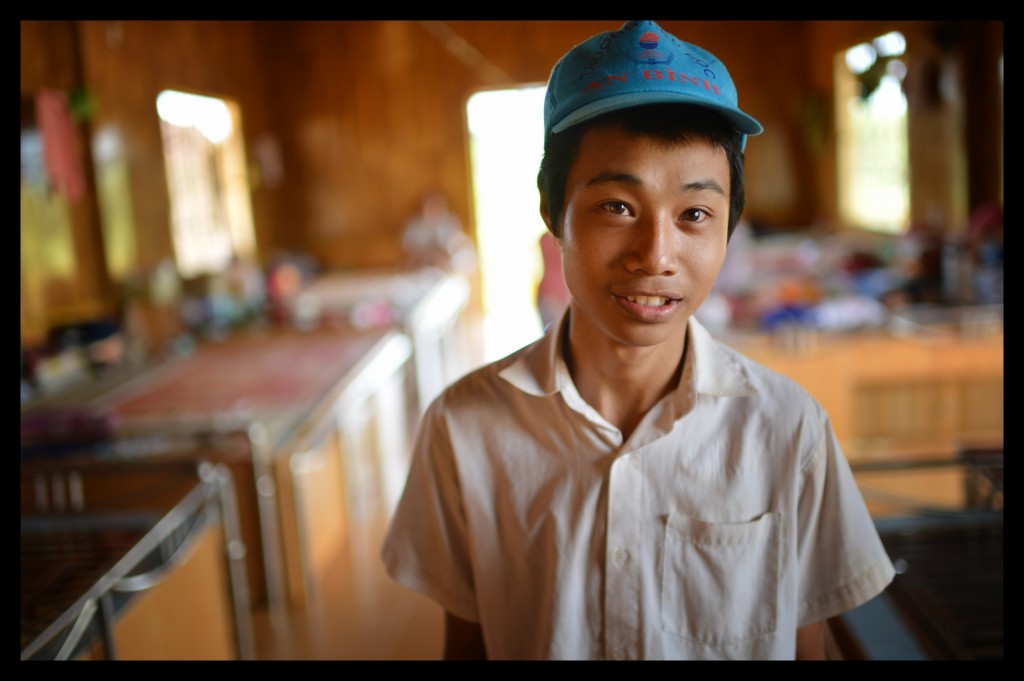 This is a little boy and girl in the baby dorm.  They were laughing and giggling the whole time.  They will probably get adopted soon. I hope they do. 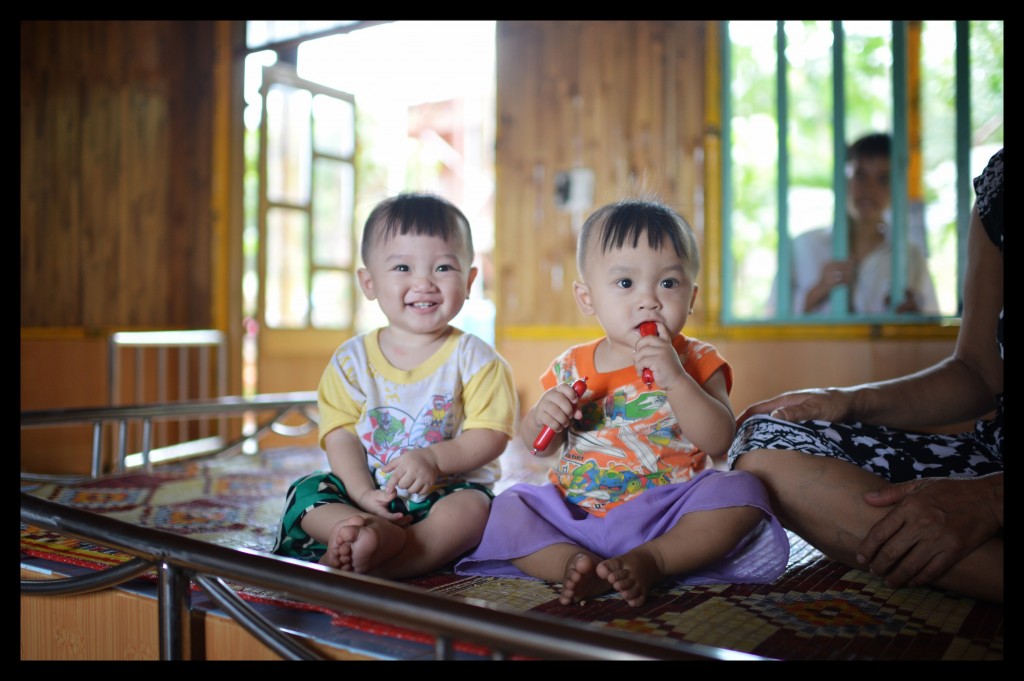 These little guys were pooped out tired and just fell asleep right next to each other. 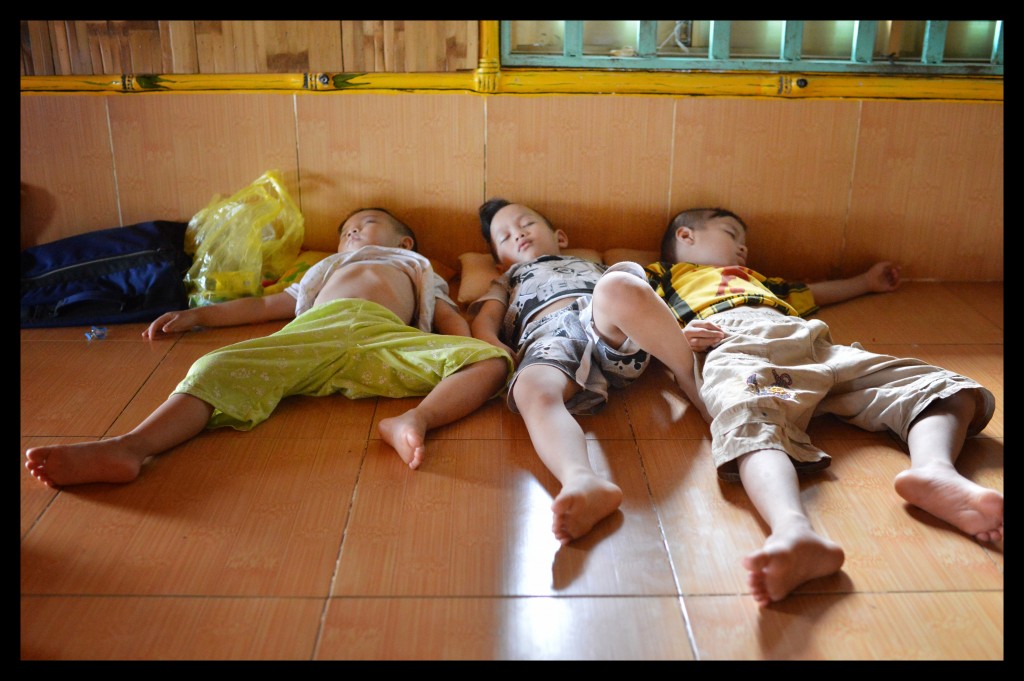 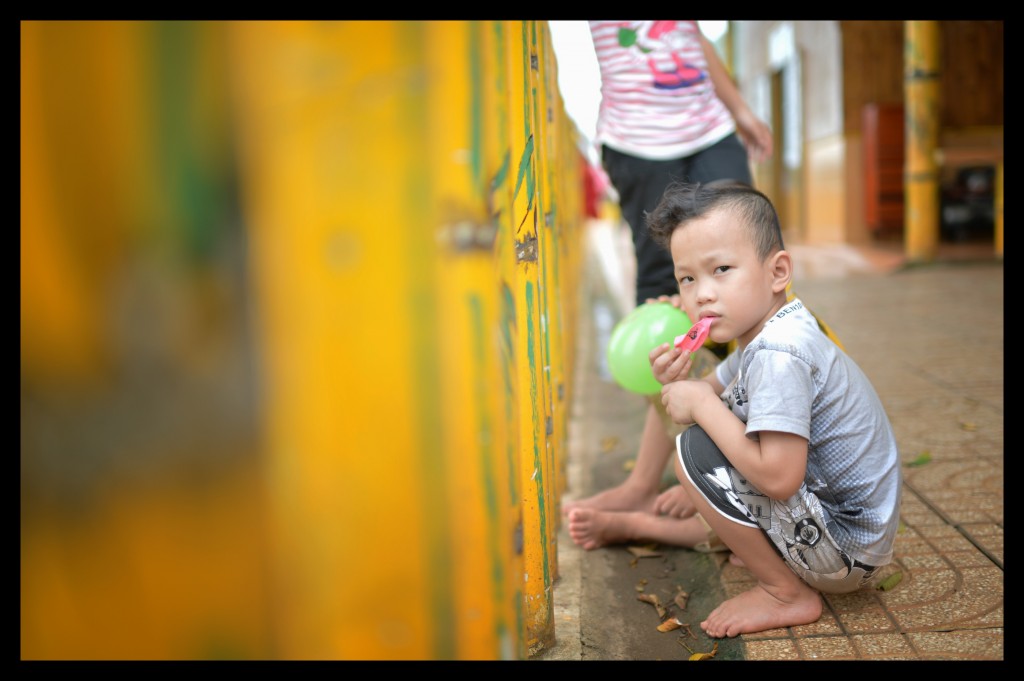 He was reading a comic book when I came up.  I went to take a picture of him and he gave this happiest laugh face of all time.

Another cute little boy, he would love to be adopted I am sure.

This poor little girl.  The orphanage takes in all kids that need help.  Kids like this will need extra care and attention.  This was a good orphanage that needs lots of financial help but more importantly people to come and visit the kids and make their days brighter.  Since it is so remote they often can feel abandoned here.  Even sadder is the older handicapped men and woman who just spend all of their days in bed.  They do not seem to have anything to do. 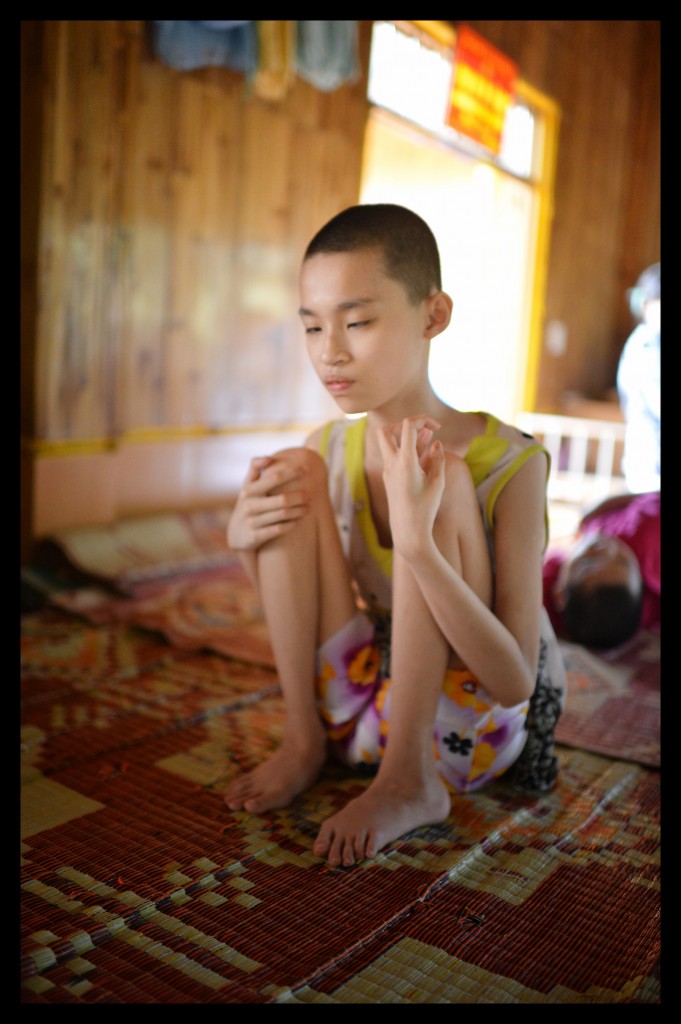