Saigon is not Saigon, it is Ho Chi Minh City.  Then why does everyone here still call it Saigon?  The reason is because there is still a lot of animosity towards the North Vietnamese for taking over the South of Vietnam in the mid-1970’s.  Many people in the South lost all they had worked for when the North took over the South and they felt that the government needed to take over the south because that is where all the money and the wealth is.  That is still the case today actually.  The government is in the north, but all of the commerce and money is located in the south.  Saigon is booming.  The city is growing everyday and it is massive.

Today I was lucky enough to have a friend of Tu’s be able to take me around the city of Saigon by scooter.  It was pretty awesome. He is a photographer himself so he knew exactly where to take me to get some great pictures and not only that but he gave me a lot of great advice and tips on how to take pictures in the city.  His name is Hai Tran and Tu is good friends with his brother Heiu.  This is a picture of him I took in the Presidential Palace in the center of Saigon.  This was taken in tunnels underneath the palace where people used make getaways when things were dangerous. 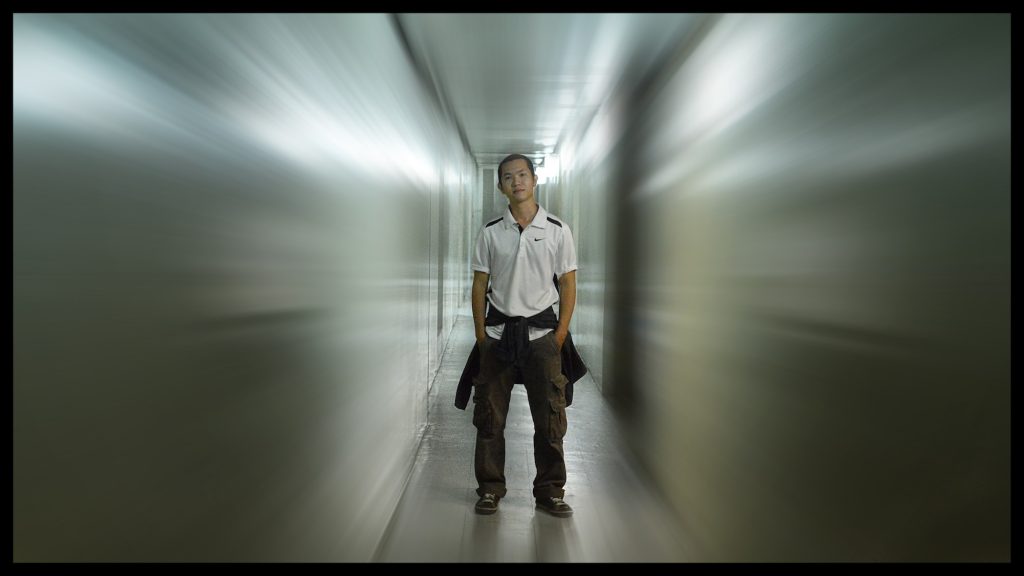 Here he is again in a famous old temple in Saigon.  It was one of the oldest temples and is Chinese.  There was a beam of light coming down through a window and the light beam was highlighted by all of the incense smoke that was blowing upward. 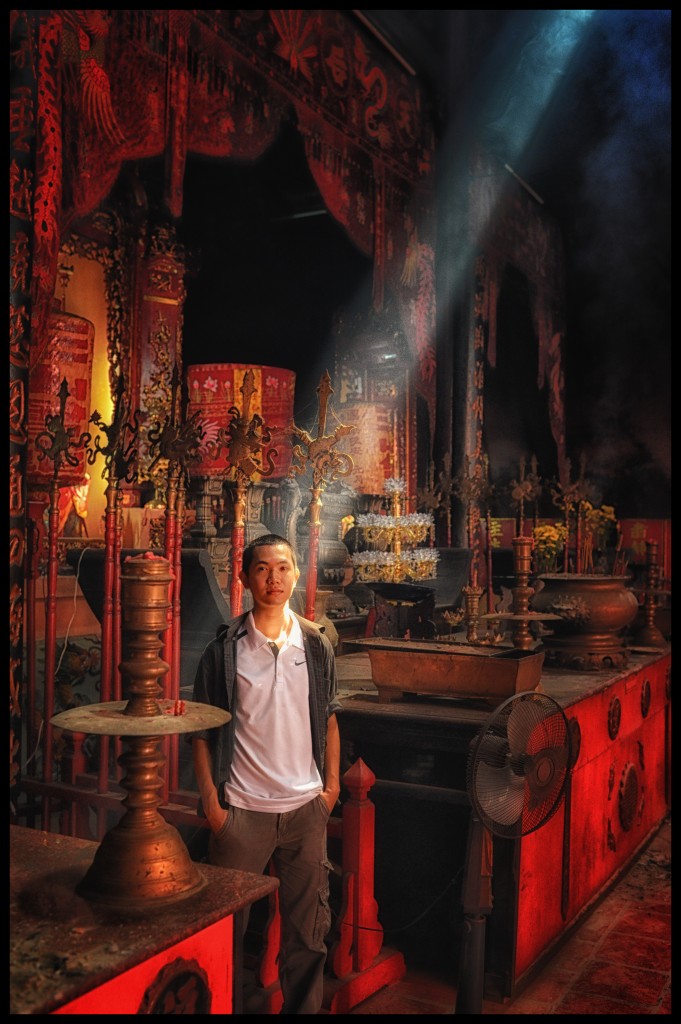 This is the Presidential Palace and one of the places in Saigon with the most interesting architecture. The palace was most recently renovated in the 1970’s by the Americans.  It was actually built in 1844 if you can believe it.  Saigon was so bloody hot and humid today.  I mean we were drenched in sweat because it was almost raining the whole time.  The sun would come out and heat things up and then it would make the clouds full of rain.  When it rained it would cool things down but we had to duck into a  food court to get a coffee to let it pass by when it got bad. 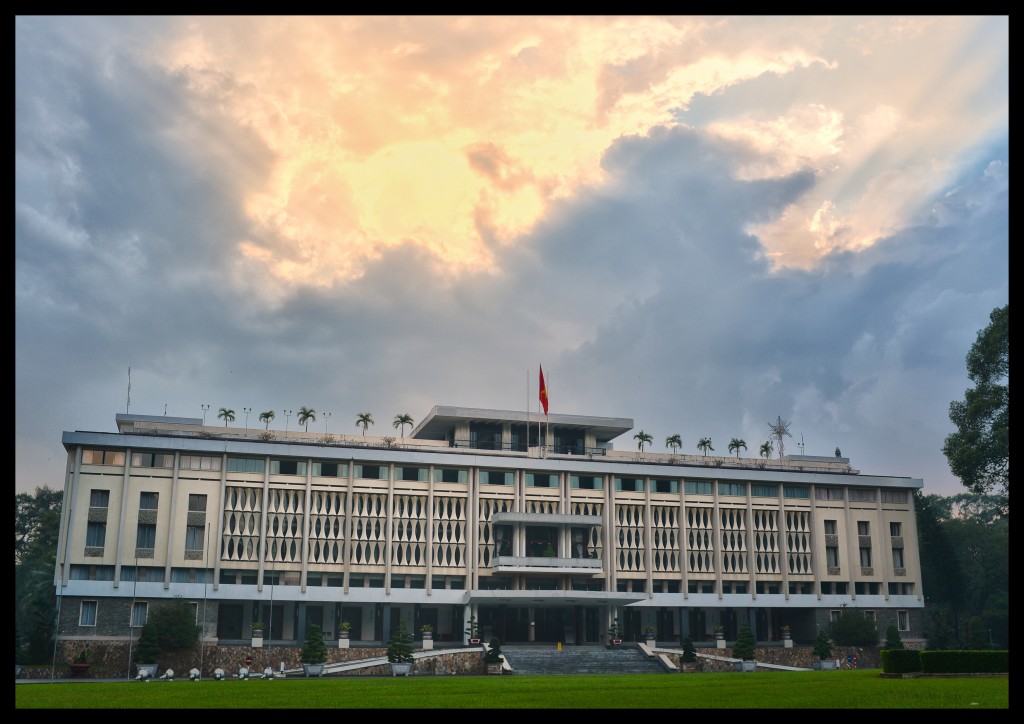 I took this picture at a place that not many people know about it.  It is at a place called Thu Thiem Park which is a new park that was built off the first underground tunnel in Vietnam.  The tunnel was just built two years ago.  There was a lady fishing off the end of the pier.  She didn’t seem to mind that I included her in the picture. 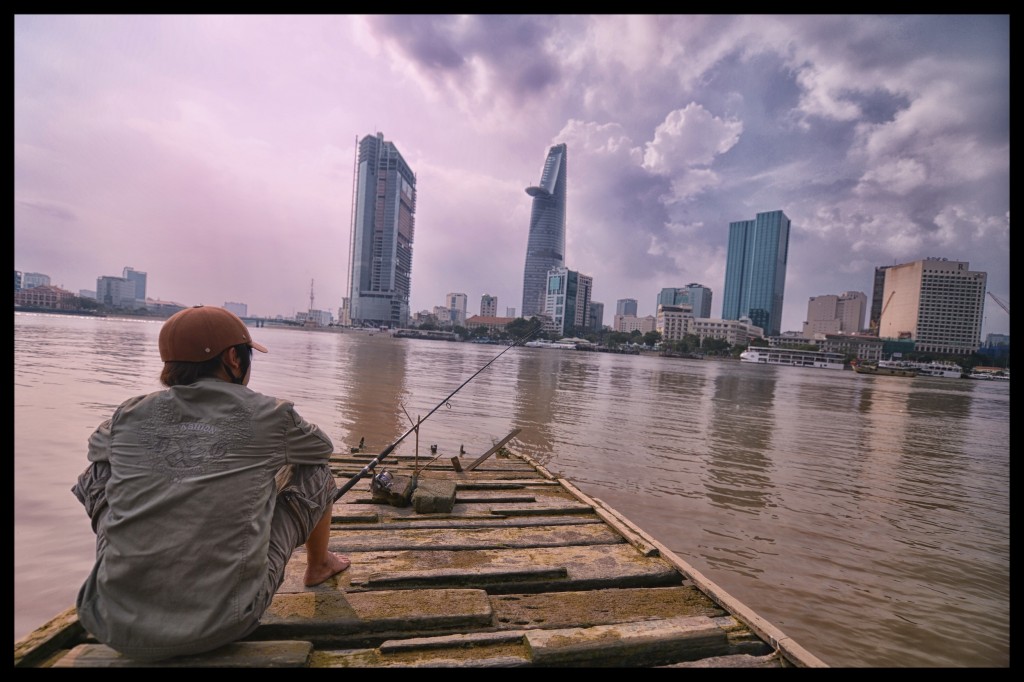 This is Nha Tho Duc Va Church which is the most famous church in all of Saigon.  This place is overrun by tourist taking pictures and also by people taking their engagement photos. This appears to be the place that everyone goes to take pictures.  I decided to take pictures of the steeples of the Church since it was hard to find a picture that was not crowded with people. 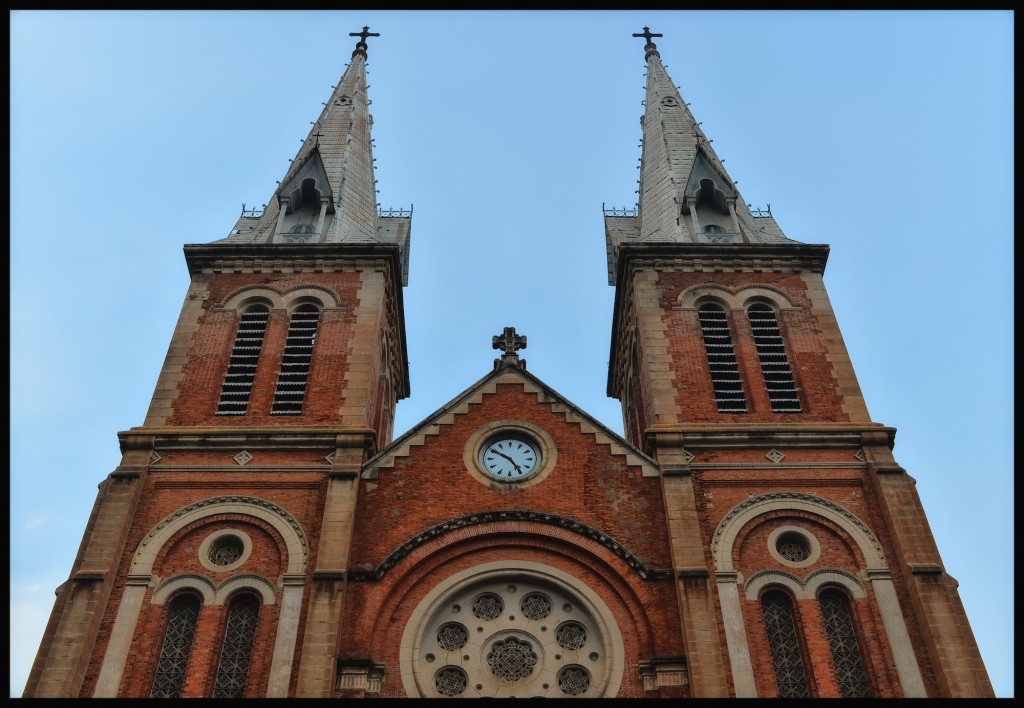 It was Friday afternoon.  The kids just got out of school and they seemed really happy to be able to enjoy the weekend.   They all said, Hey! and Hello! when I passed by them so I took this picture. 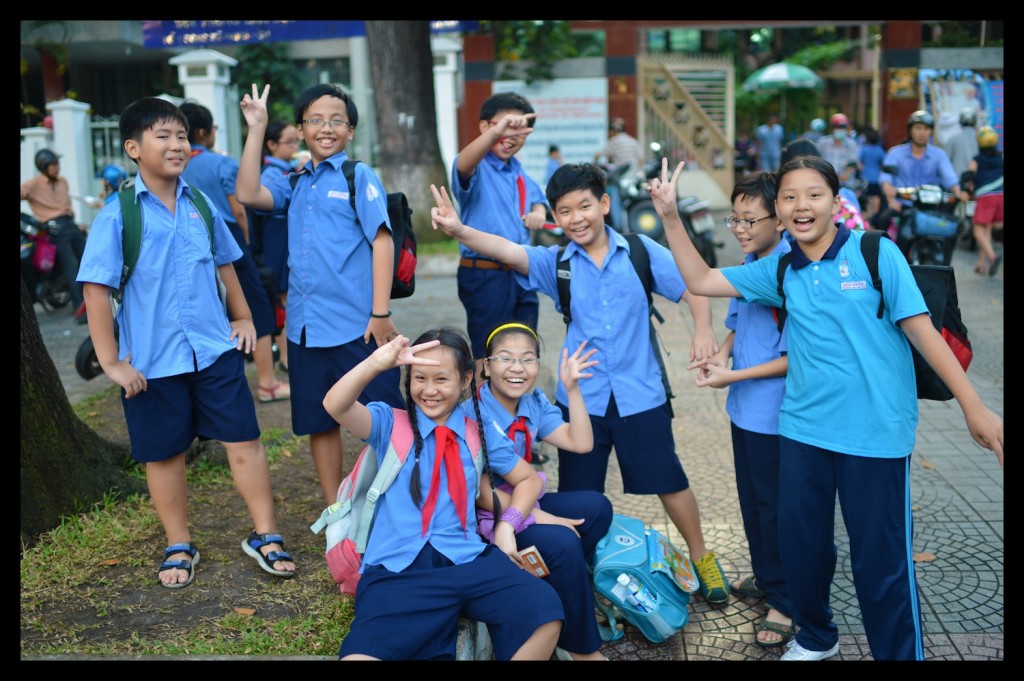 I got the VIP treatment when Hieu took me to the top floor of his building.  He works from the tallest building in Saigon and this is the view from his office.  Pretty sweet huh?  Must be nice to look out and see this everyday.  On top of the world and a beautiful view of Saigon. 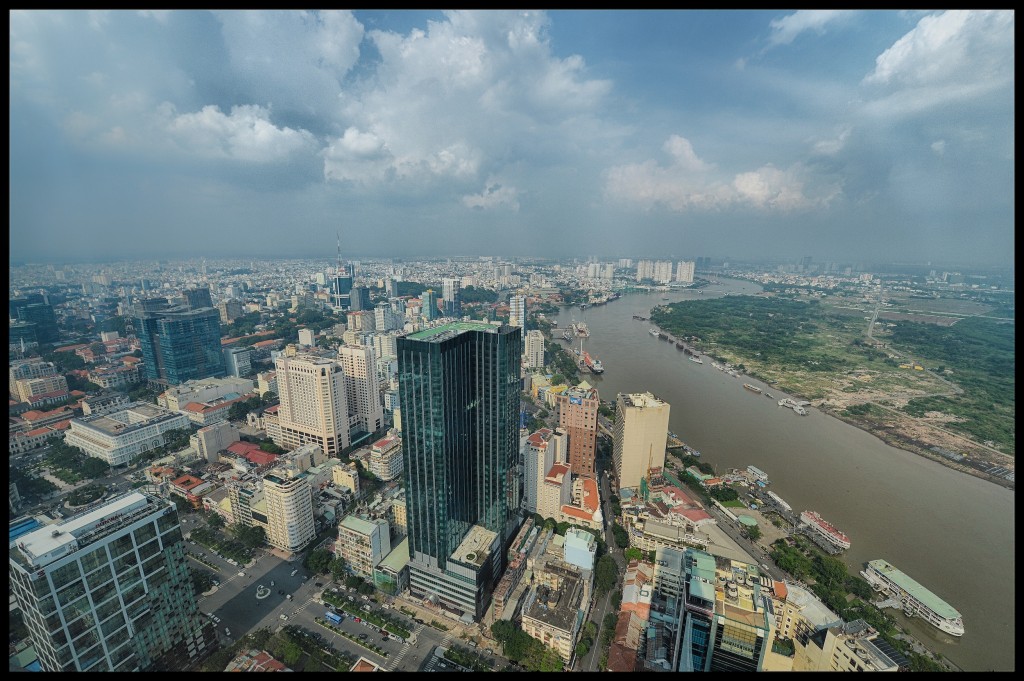 Beautiful temples.  Incense smoke going upwards are sacrifices that people make for their loved ones. 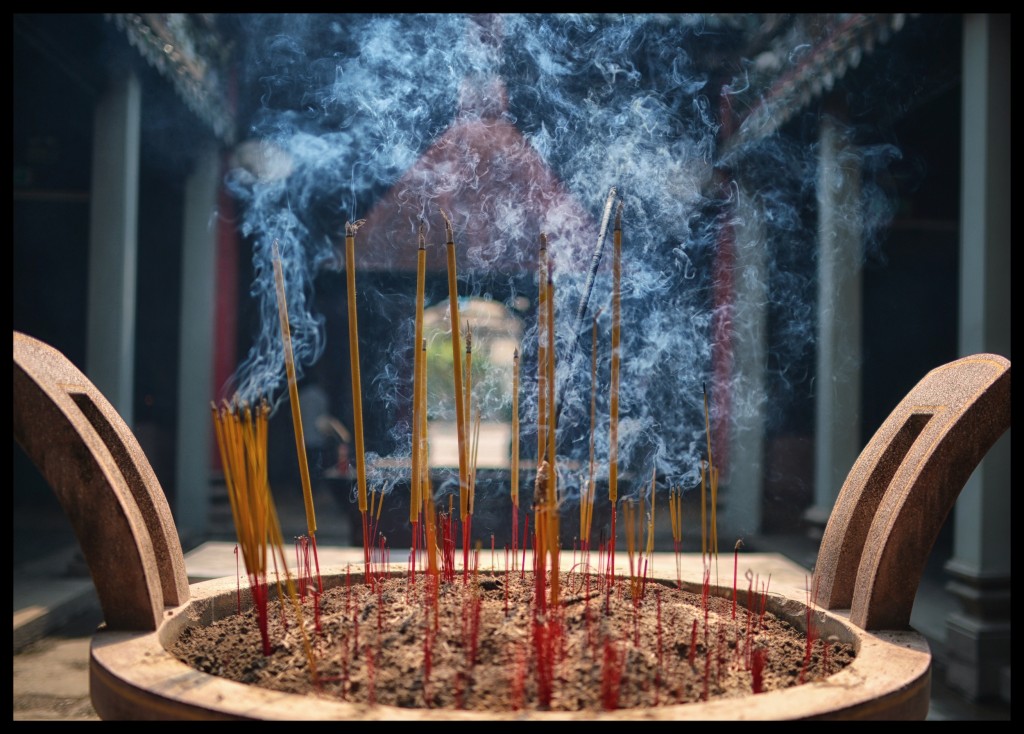 The temples are so ornate, so old.  So many people come to these places to visit but also to pray for things they need in their life. 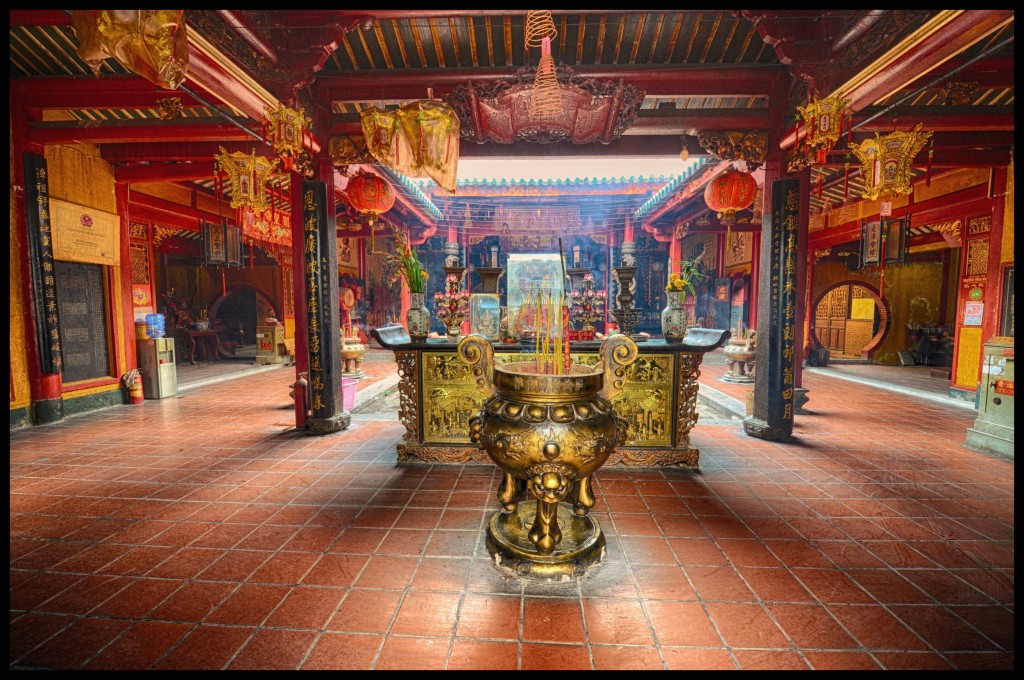 This is a beautiful church in Saigon.  Can you see the french influence in the Vietnamese buildings and architecture? 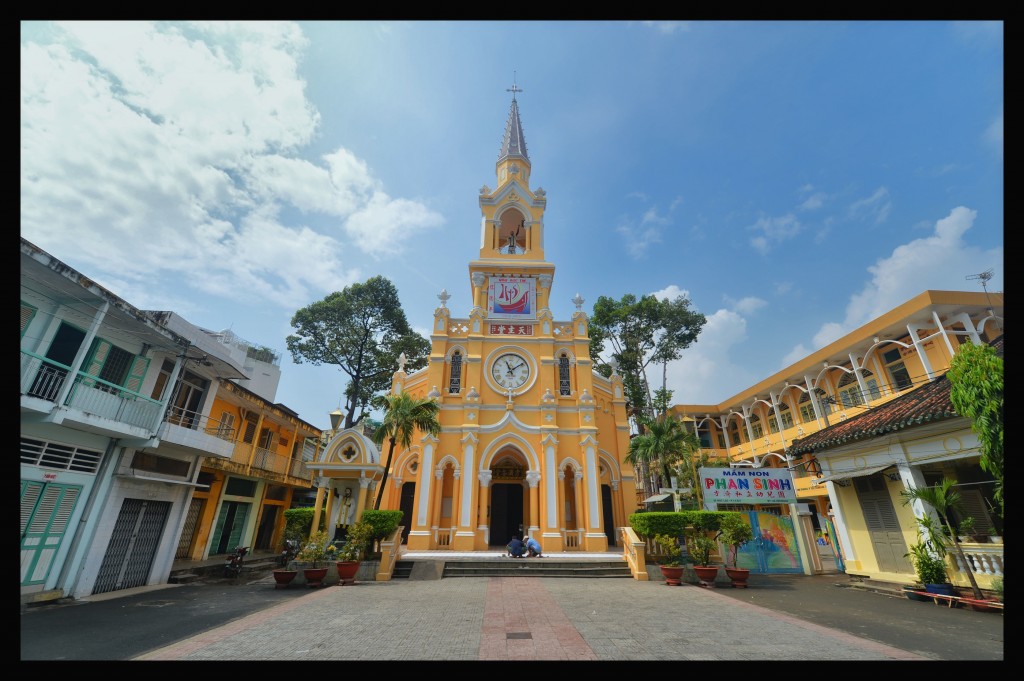 This bike is parked outside the local grocer.  It looks like they have been shopping for oranges, fruits and vegetables.  Healthy eating is the way the Vietnamese eat which is why they all live to be over 90 years old. 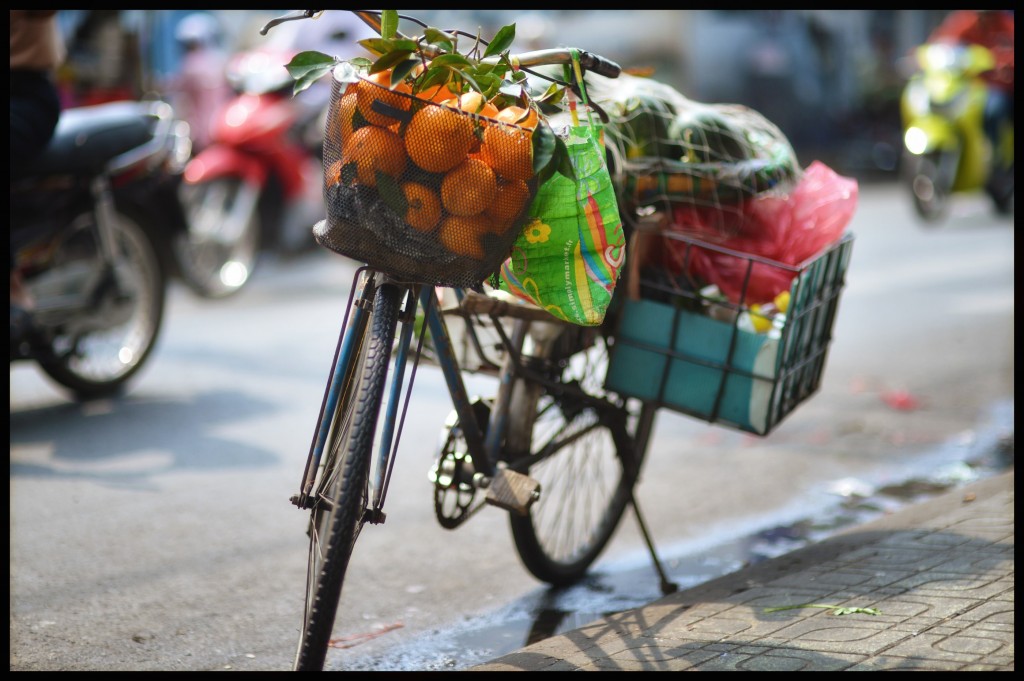