Chinese Camp, the Most Haunted Town in America 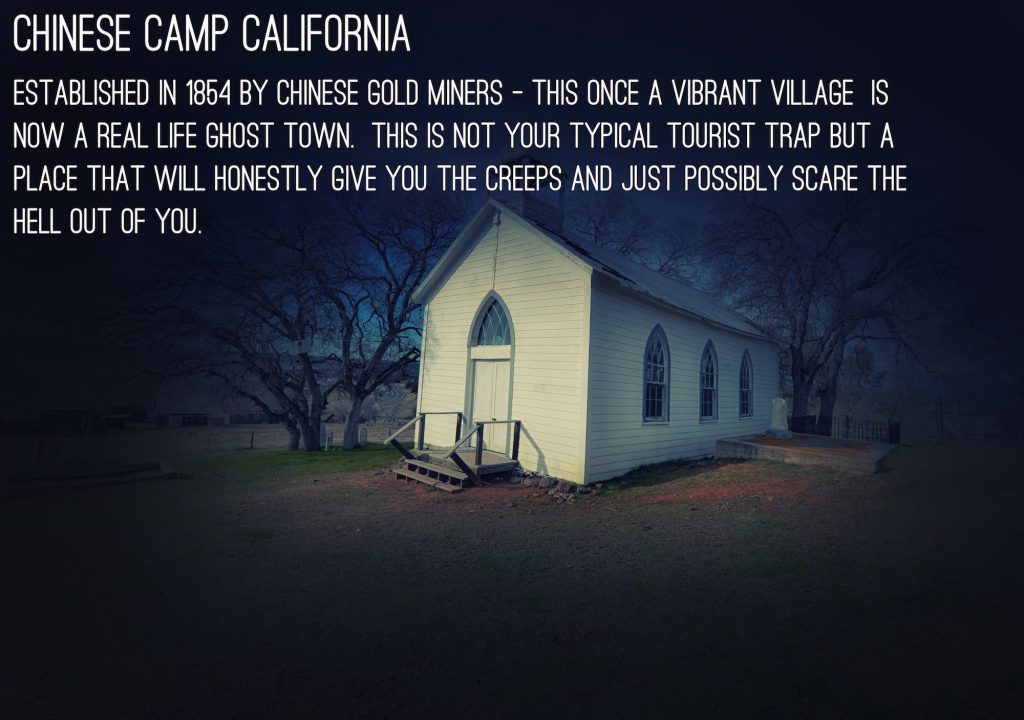 There were 5 of us in the car.  My friend Aaron and his wife Gem, Tu, myself and a baby – Chet.   We were on our way back from Yosemite National Park after an awesome couple of days in the park when we spotted a sign on the side of the road.  The sign indicated we were coming up on a town called Chinese Camp (population 146).    Now it sounded like  a pretty cool name and with a population of 146 people we knew we were probably in for something different. 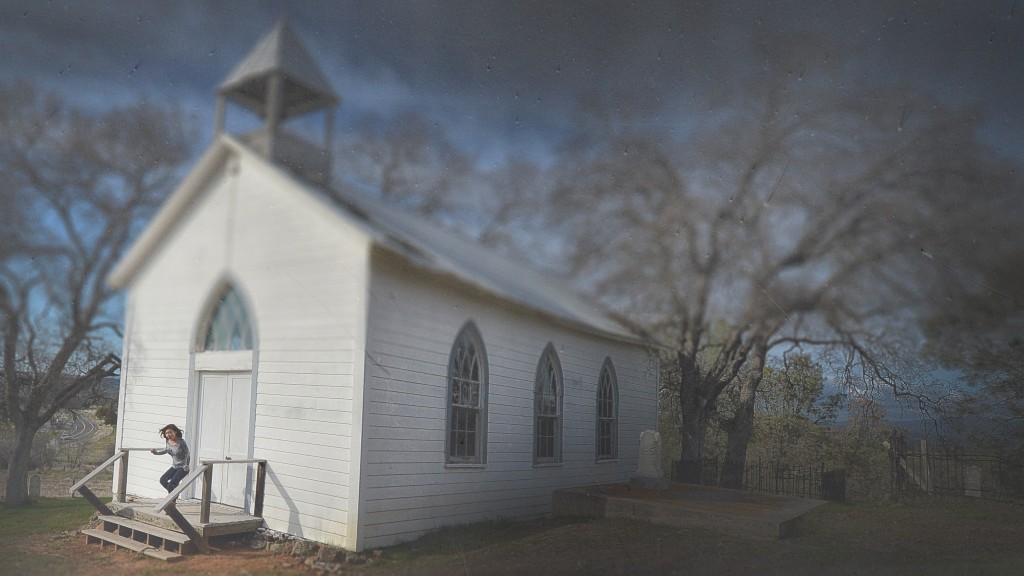 Aaron pulled his car off the small road we were on and headed onto an even smaller road.  We were headed into Chinese Camp.  I am not sure what we were expecting on this little off-road excursion but 1 hour later when we pulled back on the road to go home we had gotten a taste of more strangeness, more weirdness and paranormal activity than we could have ever expected.

Chinese Camp is located in what was once gold rich country just south of Yosemite.  The town was first known as Camp Washington or “WashingtonVille” according to history.  When a nearby Camp called Camp Salvado forced the Chinese miners out, many of them ended up settling in Camp Washington down the road.  Well so many Chinese moved into the Camp that they ended up changing the name to Chinese Camp. 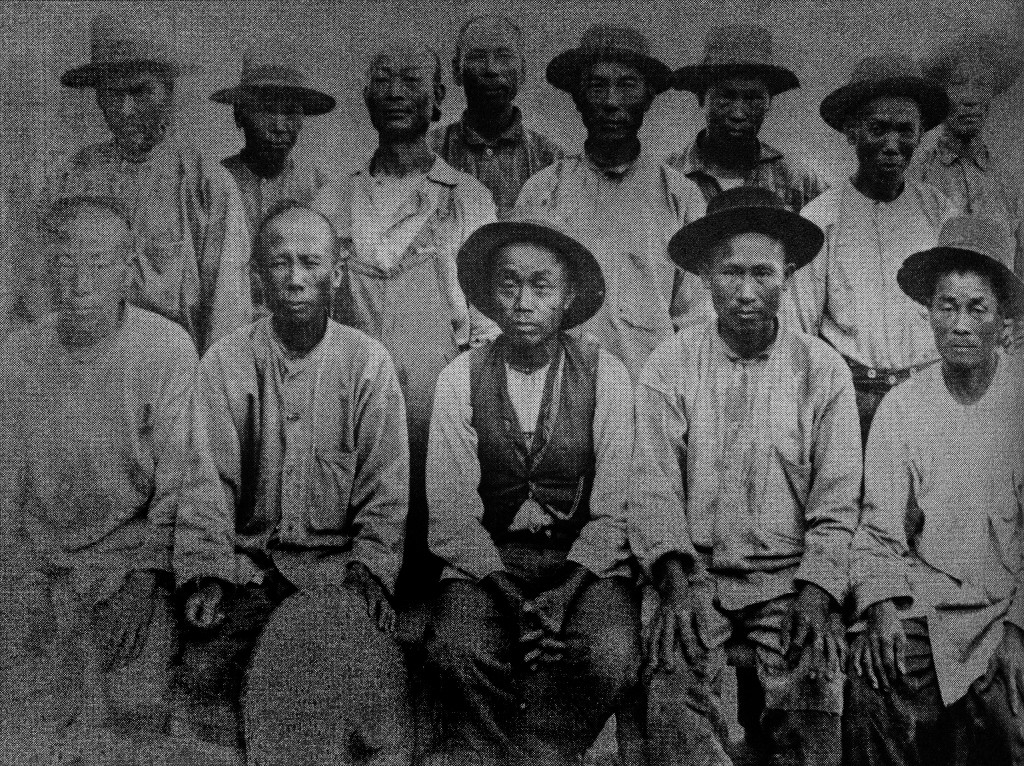 The town became a major transportation hub and even had it’s own train station which you can visit just south of town. The town was also a bit like the wild west towns portrayed in the HBO Series Deadwood. In 1856 a disagreement among Chinese miners resulted in a battle challenge between two local tongs (secret Chinese-American societies). 2,500 Chinese gathered with weapons to fight at the foot of Table Mountain, four were killed before one side retreated. 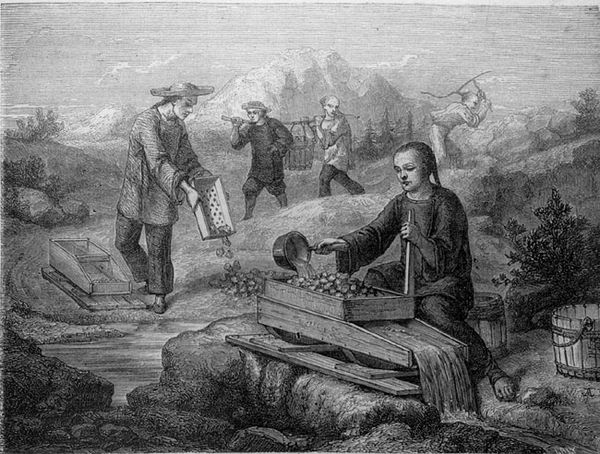 Apparently so many Chinese Miners were immigrating to the area that they began to go at war with each other over territories and other money making opportunities.  The battle was epic apparently and since many of them did not have guns it was an all out knife fight.

Imagine thousands of Chinese fighting each other in the hills with nothing but knives.  It was a battle where Chinese Camp was declared the winner.  And so the camp continued.  A very comprehensive history of the town is captured on this link here. 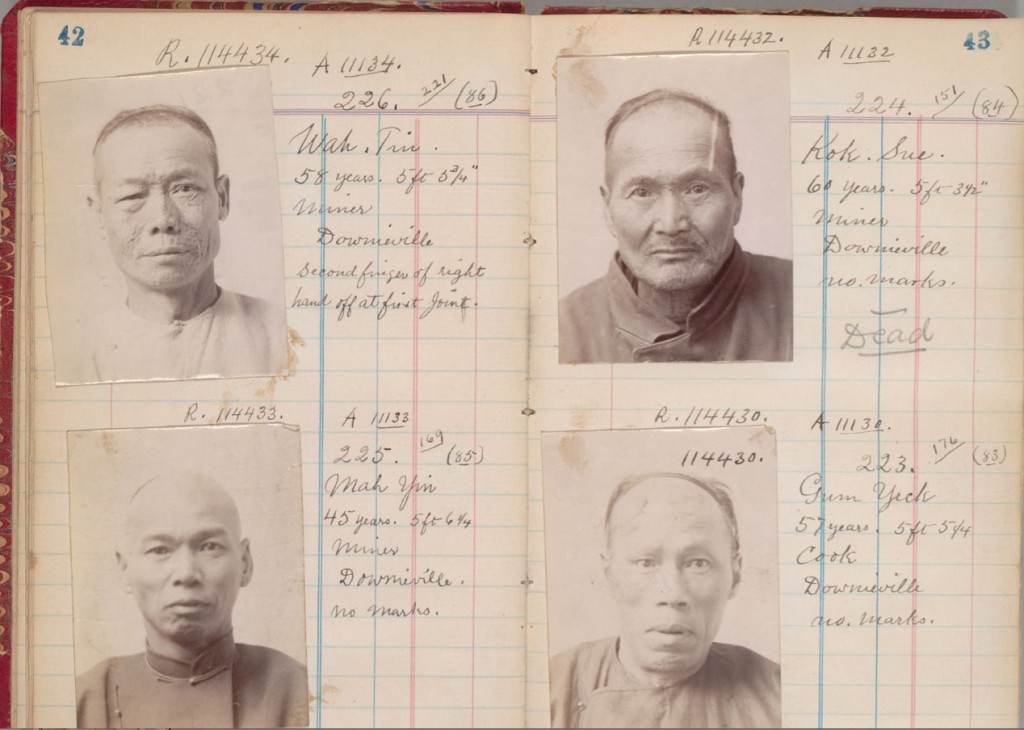 Now the Chinese Miners didn’t only have to worry about other members of the Chinese American Secret Societies but they also had to deal with hostile White California miners that wanted them out of the state as well.   There was a very active effort to remove the Chinese from California at the time. 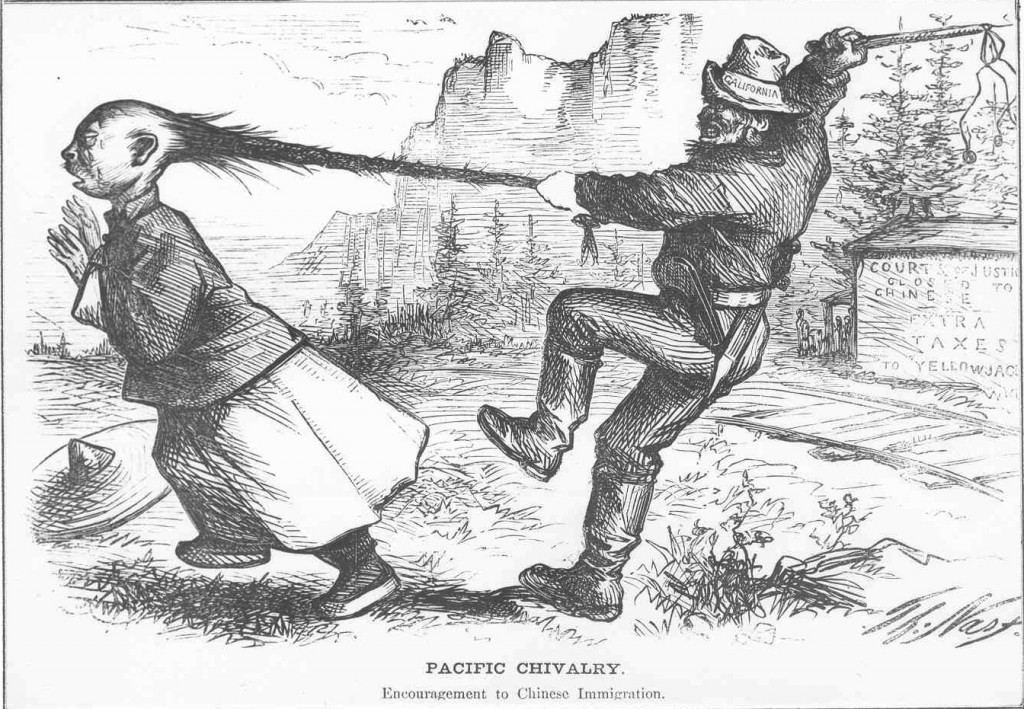 There was a movement in California to kick Chinese Miners and Railroad workers out of the state.

With so many adversaries and hardships , it is no wonder that the camps eventually disbanded as the gold began to dry up.  What was once a boom town began to shrivel up and die.  But the town never completely died which is the strangest thing of all. 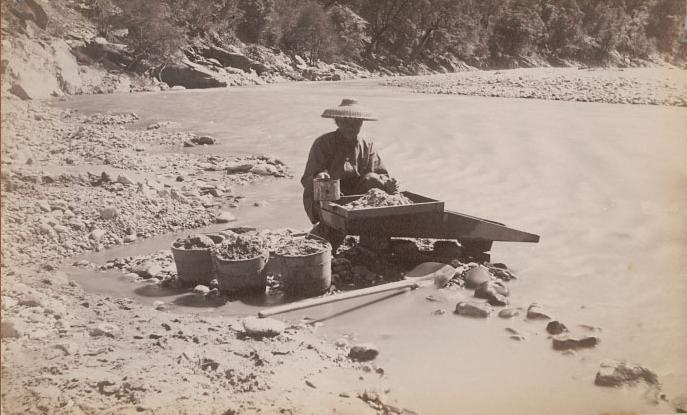 Chinese Miner along the river

Chinese Camp today is but a fraction of what it once was.    It is best described as a semi-occupied ghost town with trailers and some small ramshackle type houses spotted on the various streets in town.  What was once home to more than 5,000 Chinese Miners that extracted $2.5 million in gold at its peek is now home to less than 150 people. Interestingly enough, there is not a single Chinese person or person of Asian descent for that matter living in town according to the latest census.  Actually no Chinese person has lived in this city since 1930 so perhaps the name of this town is the most ironic of all American towns.

So the last stage coach service was cancelled in 1914 and when the automobile became popular in the 1930’s even the trains became of little use.  The Chinese moved away and the town slowly devolved to what it is today – A semi-occupied and falling down Ghost Town.  Maybe the only thing that has kept it barely alive is it’s proximity to Yosemite National Park.

Thousands of visitors travel up this lonely road to head into Yosemite. Most of them barely notice the town which passes them by in a blink of an eye.  Maybe some are too afraid to enter the town which is over-run by weeds and trees.  Maybe they have heard the haunting stories and want nothing to do with it. In any case, the town has remained in many ways just as it was over 150 years ago.

We spoke to a couple of locals who happened to be walking around that day.  They told us that until recently the town had been over-run by meth labs that had been setup in some of the houses.  They’ve worked hard to remove that element in the city and are now focused on restoring the city back to what it once was.  From what I could see, they have a lot of work in front of them.

As you drive down Freeway 49 South of Yosemite, you’ll come upon the sign for Chinese Camp.  It’s 5 miles south of Jamestown and if you blink your eyes, you’ll probably pass it without even noticing it.  But if you look a little more carefully you will be intrigued. 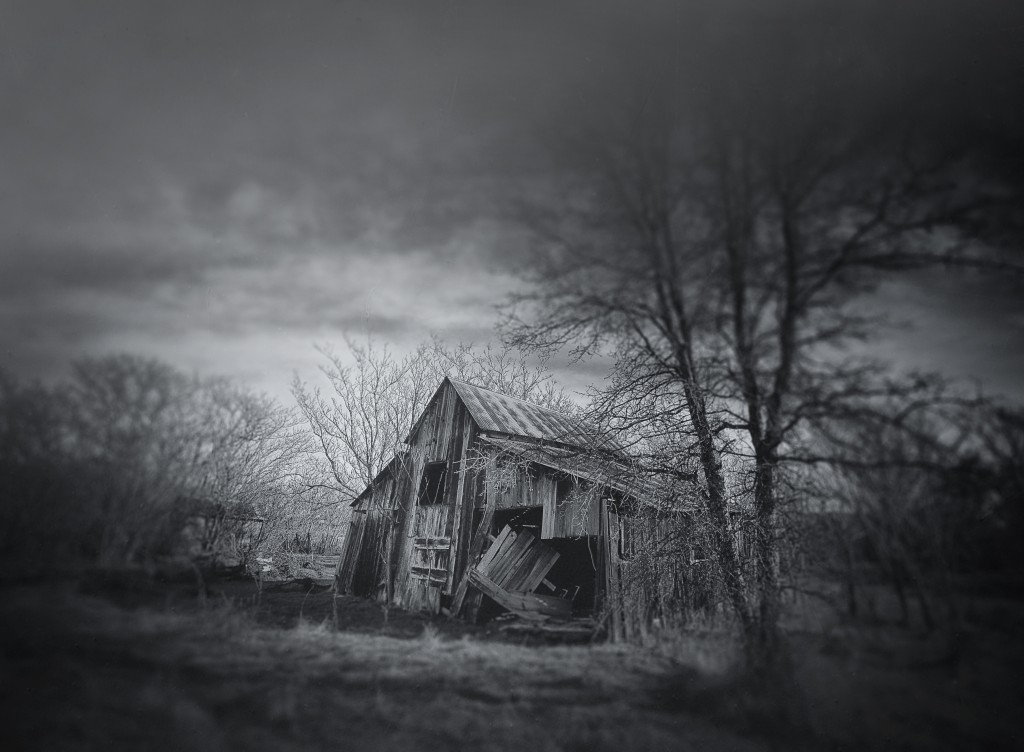 As you get off Highway 49 to head into Chinese Camp, you have two choices.  You can go left or you can go right.  We decided to go right, up to the beautiful little empty 1 room church.  At least we thought it was empty.

At the top of a hill is a scene out of a movie.  There it sits –  St Francis Xavier Church – the oldest surviving church in the county.  A small graveyard and lonely beautiful trees surround the church which is gated off with crude barbed wire. 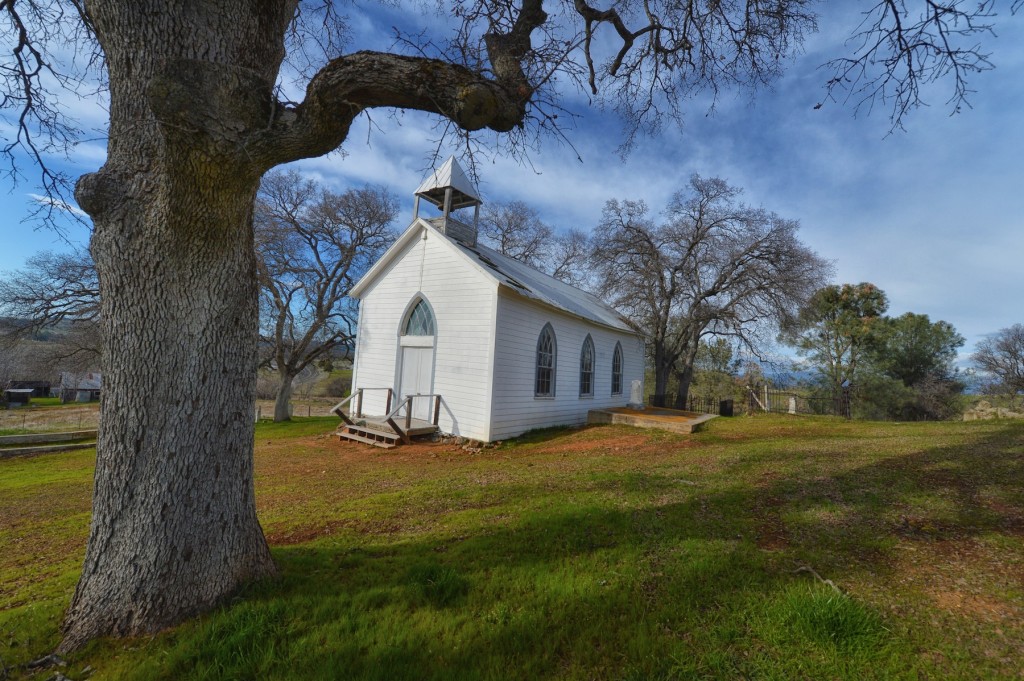 Why were there new flowers on a gravestone that read that a person was deceased over 150 years ago. Who was placing flowers on these ancient graves? 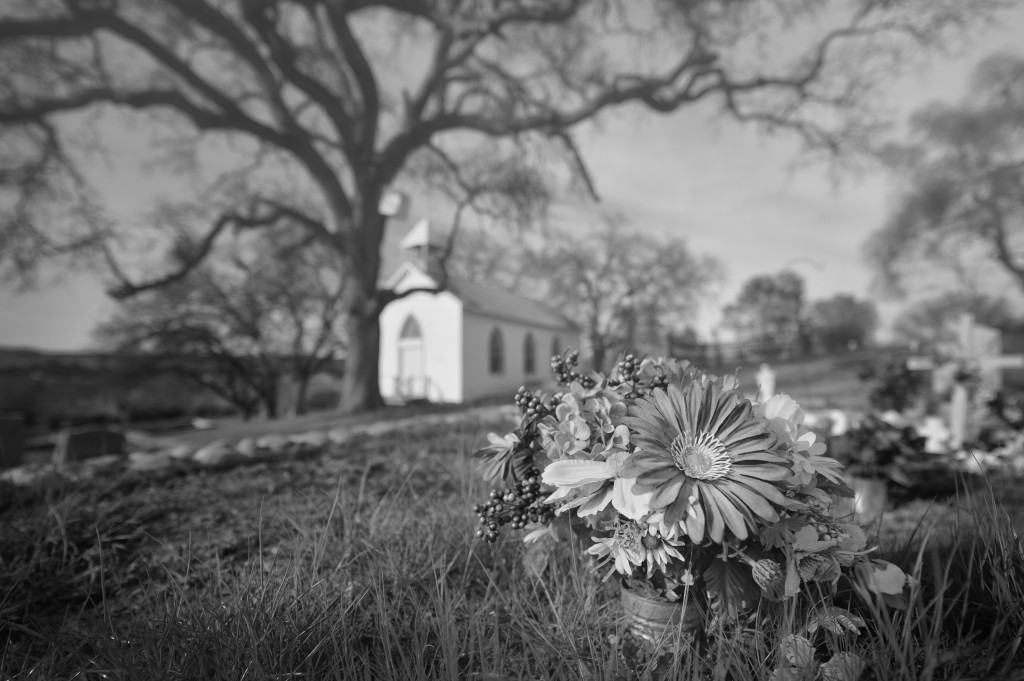 A teddy bear on a child’s grave stone.  This scene haunted me.  Why was there a Teddy Bear on a grave from so long ago?  This church has not been used of 120 years but someone was still caring for these graves. 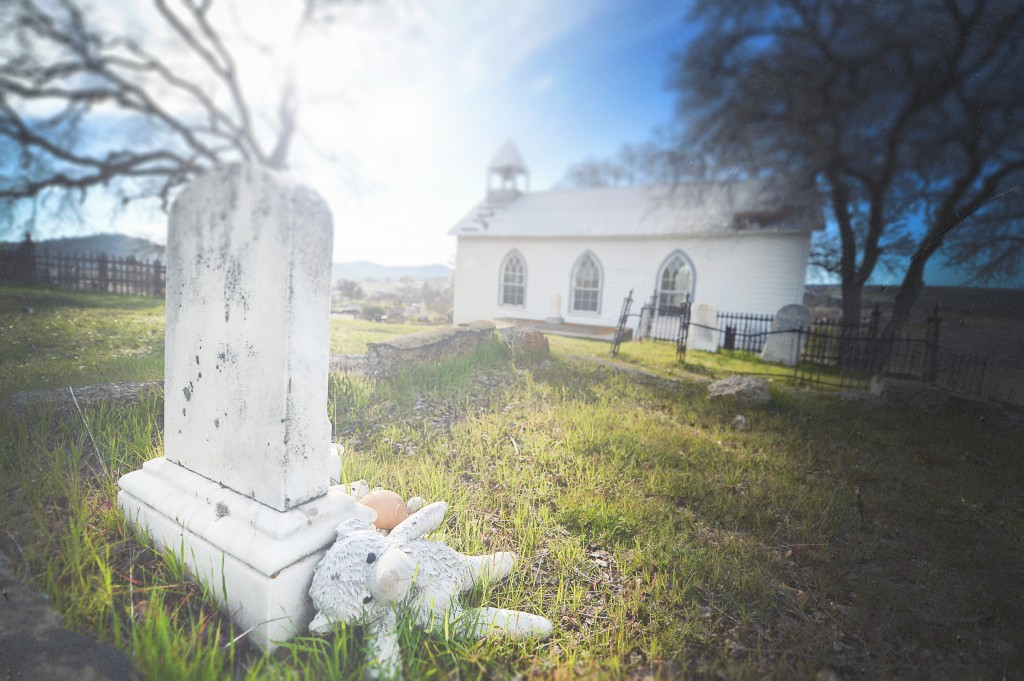 Barbed wire fences surround the church but there are nothing but endless rolling hills around.  So many unanswered questions filled our minds.  None of the gravestones in the church were for Chinese American names.  Where were the Chinese miners bodies – the 5,000 people that had lived here?  Where were they buried?  Were their spirits still around us?

History of the town reports that at the time, many of these gravestones had the pictures of the deceased engraved right on the gravestones themselves.  Children used to wander through this graveyard looking at the pictures of people, like wandering through an art gallery. 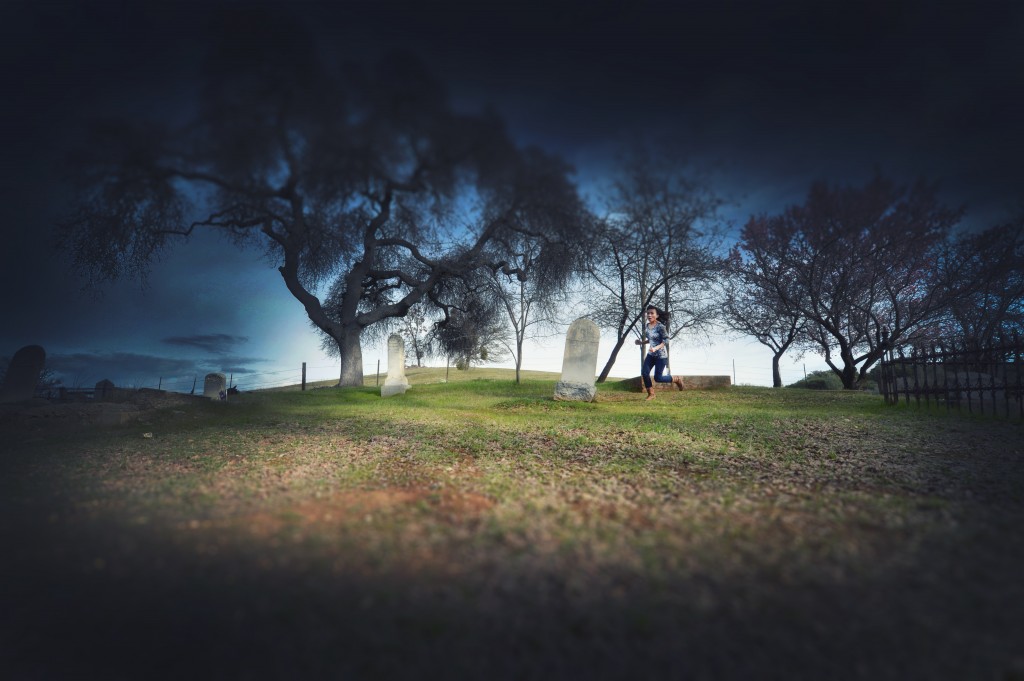 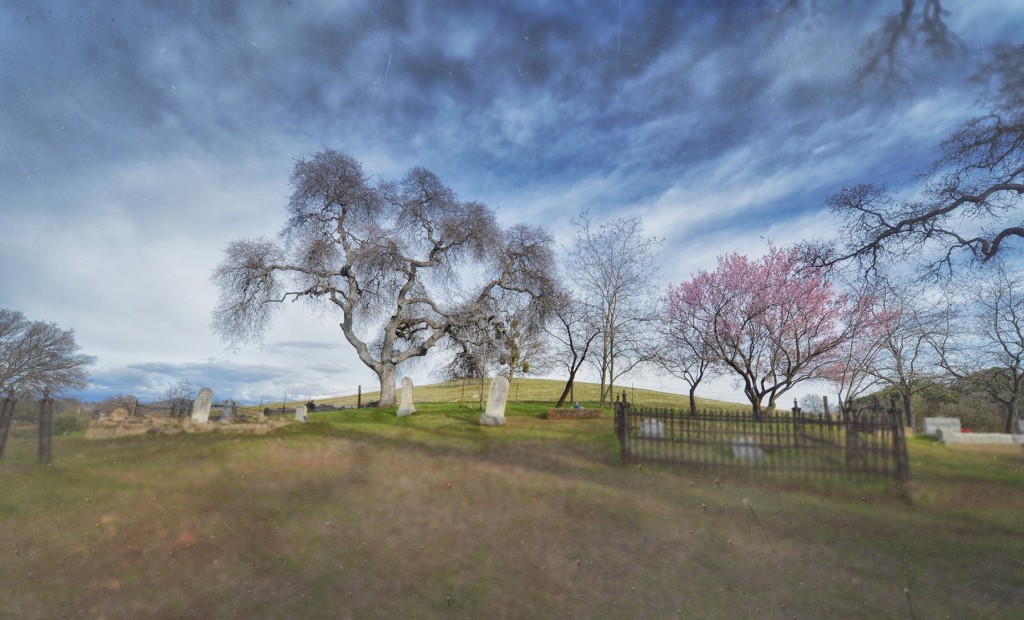 As an amateur photographer, I felt like I had found a hidden gem.  Here was the most picturesque church and graveyard I had ever visited.  I could not believe more photographers had not discovered this place.  What was it about this place that made it so unknown, so hidden? 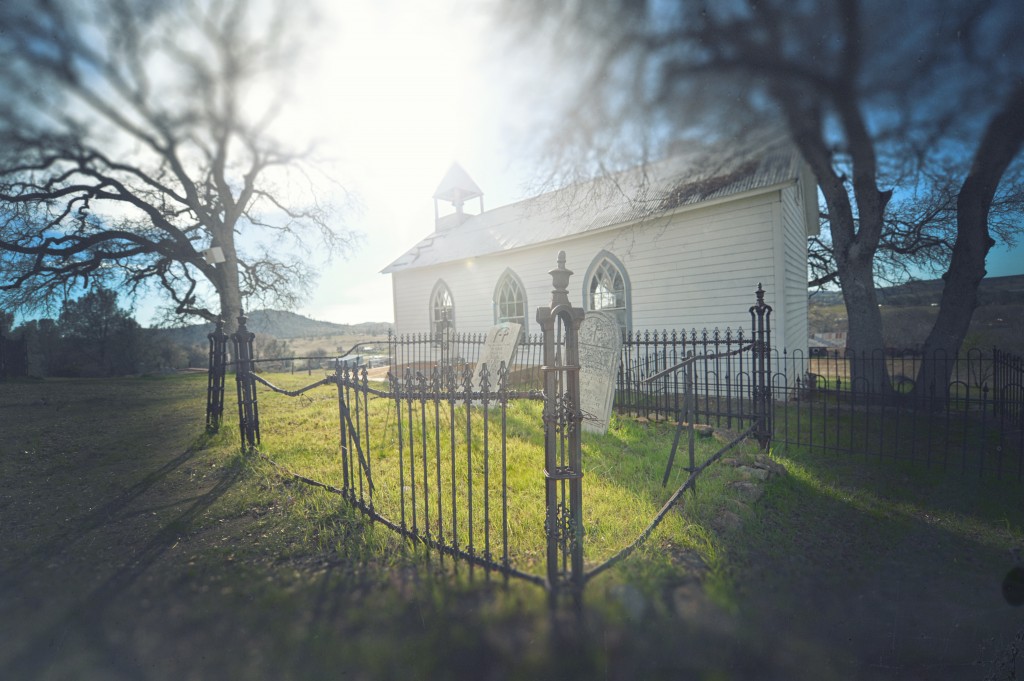 We got back in the car and winded down the hill and into town.  That’s when things started to get even stranger.  As we pulled up to the main street in this ghost town we noticed people.  We were surprised.  We thought there was no one around for miles.  The people were there because Discover Channel producers were there investigating high levels of paranormal activity and ghost activity in several of the buildings.

Then my friend Aaron looked at his iPhone to view some pictures he had taken of my girlfriend Tu running through the cemetery on the hill.  Now I am sure there is a reason for it but the camera had actually captured her own ghostly image chasing herself. The odds of a glitch in the phone causing this seemed unlikely.

We were beginning to spook ourselves out and the Discovery Channel became very curious in that picture.  So curious, that the producer of the show even came over to investigate.  What was going on?  This place was strange and getting stranger by the minute. 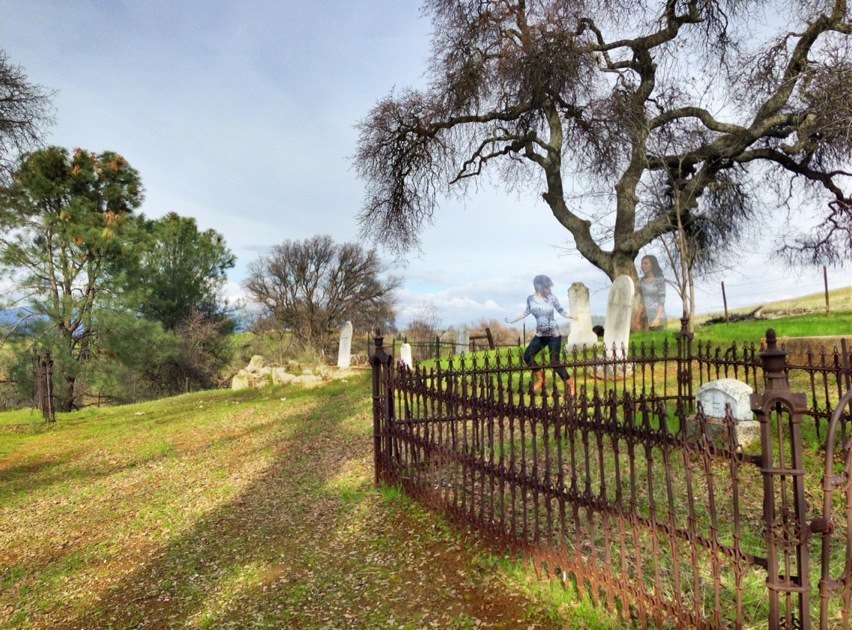 After returning home, I discovered websites and paranormal investigators reporting unusual “K2 hits” which apparently is unexplained bolts of energy emanating from buildings in the town.  Apparently the week after we went another investigation team apart from the Discovery Channel headed into the area and wrote this update – Paranormal Investigations.

The homes have eyes

While Aaron and Tu reviewed the spooky picture with the producers of the Discovery Channel. I decided to explore on my own.  I’ll admit I was a bit creeped out as I wrestled with weeds and branches and clawed my way into the heart of Chinese Camp. The falling down homes, barns and building were awesome.  But I always felt like I was being watched.

I found myself wishing I wasn’t alone – that I had some backup. 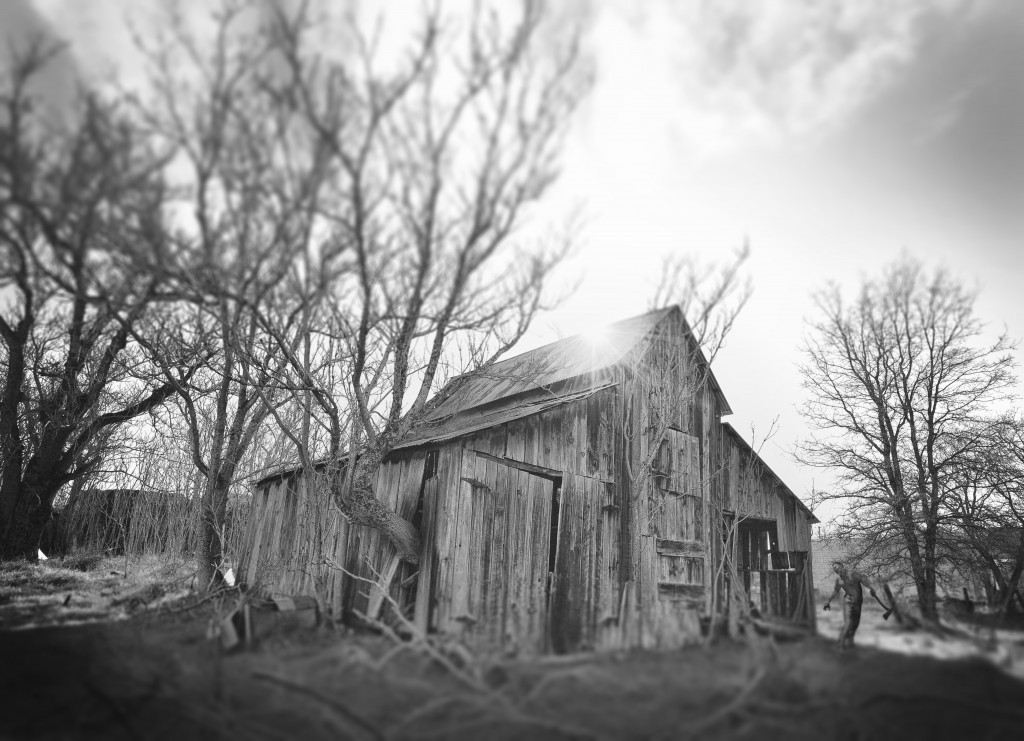 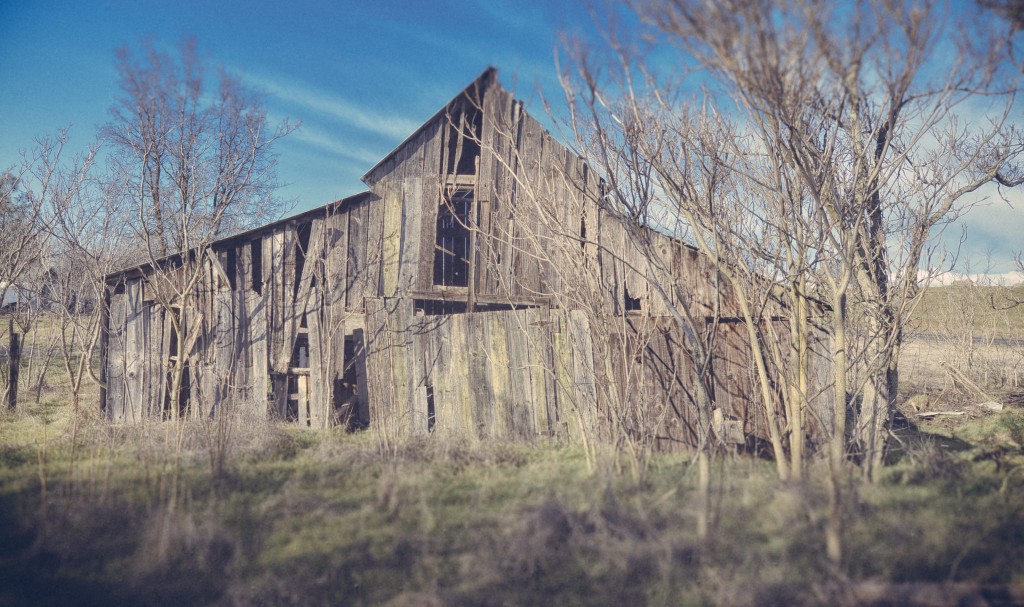 Do you feel the same when you look at these pictures?  Do you feel like you are being watched?  Because I did and I began to slowly realize that maybe this town was haunted.  I had heard of ghost towns before but most of the times that was just clever marketing by locals to get you to go.

This place was not staged.  This was a real ghost town.  I have been to Ghost Towns before.  I think this just might be the most spooky and haunted ghost town in America.

If you look very closely, it looks like a ghostly figure is in the windows 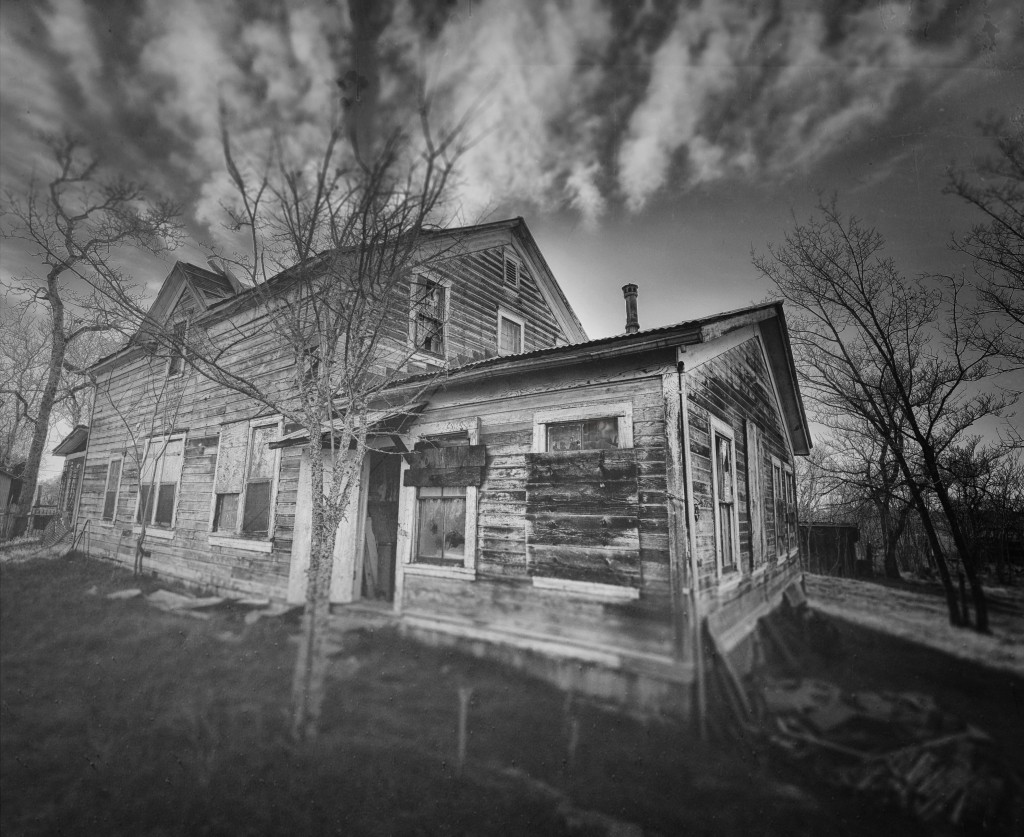 Some of the locals opened up the old post office and the old dance hall (I believe that is what it was, or perhaps it was a hotel) and we looked inside.  I felt like I was taken back to an old Western Town.  Everything was dusty.  They let you touch everything too not like most places where there are signs that say “Don’t touch this”, or “Don’t touch that”.  No this was a full immersion back through history.

You could even comb through the old general ledger books that someone kept about who owes who what.  I guess someone kept records of what happened in this place a long, long time ago. 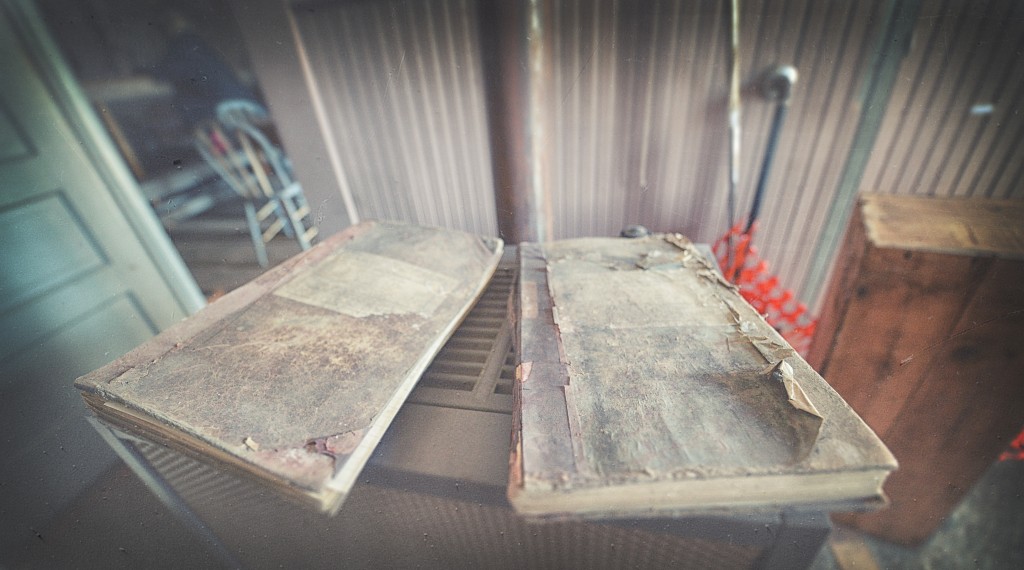 A Plan to return to this spooky and weird place

As we left we passed by a house.  A house occupied by two men.  Two mysterious and ominous looking  men that looked at us as if they had never seen humans before.  Aaron had to turn the car around and they stared us down.  I looked one of the guys right in the eye.  He looked like a redneck killer from a horror movie.  If I had half the guts I like to believe I have I would have stepped out of the car to take a picture of this guy because you probably would have agreed with me.

We ended up high tailing it out of there. We all breathed a collective sigh of relief feeling like we had dodged a bullet.  I got back to San Diego and while I combed through the pictures I had gotten while I was there I began to realize just how interesting and unique this old Ghost Town was.

We had originally taken the trip to photograph Yosemite which we did, but we ended up getting pictures of something much more extraordinary and unique then we ever could have expected.  Chinese Camp was an incredible to go.  A place to visit which will probably change or disappear in a few short years.

If your a photographer or Ghost Town enthusiast, I highly recommend you pay a visit to America’s Spookiest and Haunted Ghost Town – Chinese Camp California.